"Yesterday was the wrong one," Medina said, of his approach to handling disappointment after a do-or-die heat against Glenn Hall (IRL) in which he was flagged for an interference. 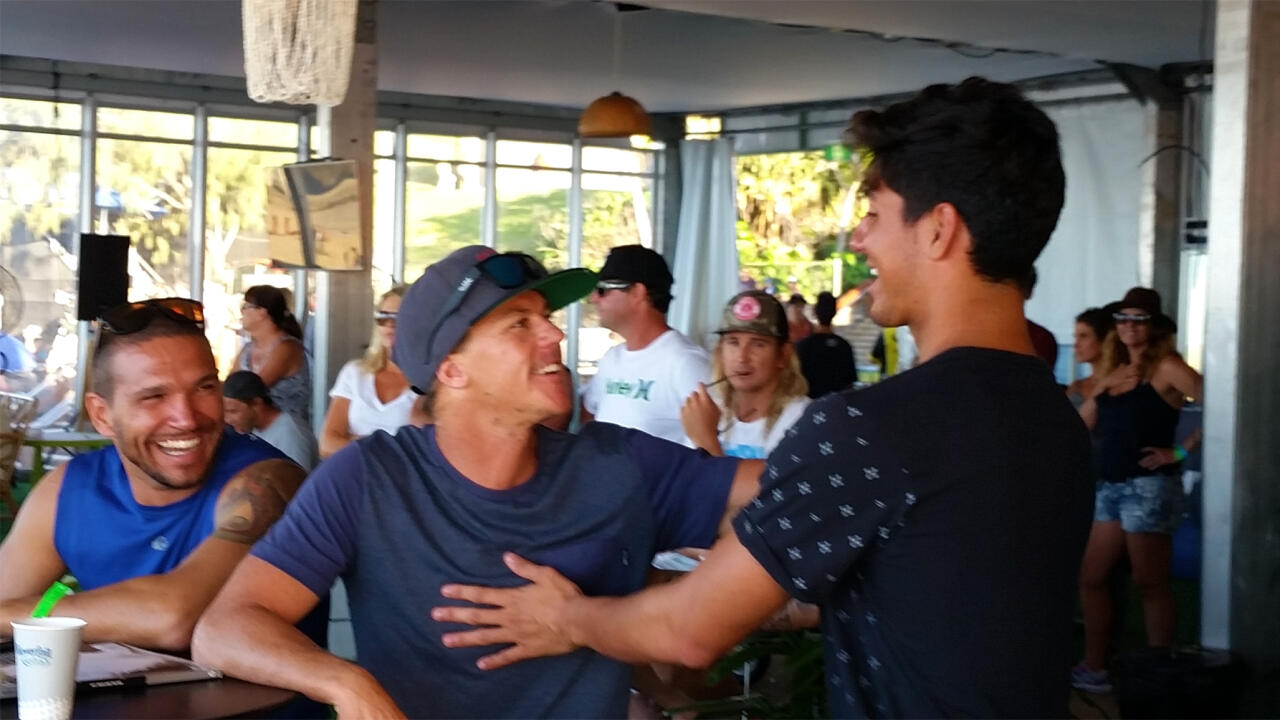 Foes in the water, but friends on land. Medina and Hall are all smiles after their Round 3 face-off. - WSL

"This is professional surfing's biggest stage, the stakes are high and there is no shortage of passion," WSL officials said in a statement following the incident. "Gabriel's post-heat interview was not worthy conduct of an athlete at this level and the league has engaged in discussions with him and will take further action if necessary."

Medina's Interference Call
World Champion Gabriel Medina was behind in points in his heat against Glenn Hall. And then he was called for interference.

But for Hall's part, what happens in the water stays in the water. "He was way too close to me for me to be able to get a clean take off," he said after their matchup. "We did have words out in the water but it's nothing personal."

Medina's loss in Round 3 was all the more significant because he won the Quiksilver Pro Gold Coast in 2014. The victory proved to be his first stepping stone to winning a World Title -- a first for Medina, and a first for Brazil.

Rip Curl has just announced the launch of its latest wetsuit technology, designed with the help of three World Champion surfers.

French beach breaks were firing, Gabriel Medina's rise to power, how to win like Carissa Moore, and more.