Hawaiian Carissa Moore is on a hot streak with back-to-back wins at the Roxy Pro Gold Coast and the Rip Curl Women's Pro Bells Beach. Her golden groveler from the first stop, however, didn't match well with the power and punch on offer at Bells Bowl. Instead, the two-time World Champ went with a more high-performance board for Stop No. 2.

Luckily for Moore, Matt "Mayhem" Biolos of Lost Surfboards still had the design for the board he made for her 2014 run at Bells, which helped her surf to victory back then. For this year's contest, he produced a magical match. Biolos weighs in on the differences between the two boards and what fans might expect to see in Moore's surfing when she takes on massive Margaret River. 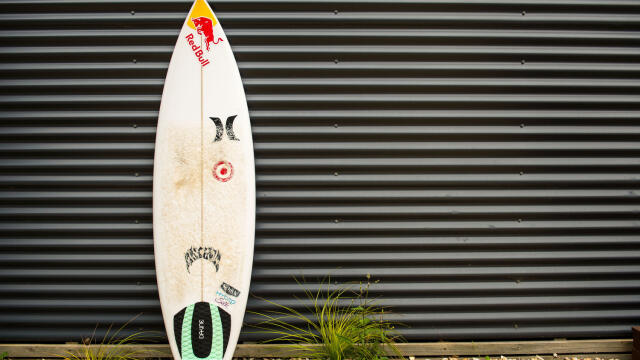 World Surf League: Tell us about model Carissa was riding at Bells.
Matt Biolos: It's a Sub-Scorcher 2 (squash tail). Designed for bigger, yet flat-faced waves (waves like Bells or Lower Trestles). It has a relaxed rocker and shallow concaves. Very glide-oriented and requires a bit of grunt to push it around.

WSL: What about this board made it work better at Bells than the Sub-Driver she had on the Gold Coast?
MB: The Snapper board was an EPS Sub-Driver, with a wider tail block and deeper concaves that quickly accelerated to a shallow V off the tail. The rail line has a lot of curve under the rear foot, good for short, snappy waves. The EPS made for a light board and the wide tail kept her on top of the water and let her really polish hard in small sections. Most all of these attributes don't fare well at the Bells Bowl.

WSL: A lot of Tour surfers have been saying they like EPS in gutless waves. What is it about the material that lends itself to slower surf rather than the waves of Bells Bowl?
MB: The EPS foam is so much lighter than PU foam that it's very easy to build a very light board that holds up to use and abuse. The light boards are easy to toss around in small, gutless surf. In larger waves, with more power, the advantage of a very light board begins to go away.

It's possible to add layers of glass, or even use a more dense EPS, and get a board that performs well in more sizable surf. But it can be difficult for them to not be over-engineered, stiff and lifeless. It takes focused research and development to make a good, heavier, high-performance EPS board. Most of us working with the top-level surfers are not doing enough work on that front.

WSL: There was a lot of bump on the face for the majority of the heats at Bells. What about Moore's board allowed her to traverse the chop?
MB: A low and gradual rocker for built-in glide, and long, arching carves. Also shallow concaves to keep the board low in the water and not have too much lift or skipping over chop. The volume was actually a pretty low percent to Rissa's size, compared to boards the other girls were riding. I think this board could actually even be a touch higher volume. Like .50 Liter or more, and it would even improve. It could easily have been 18.63", instead of 18.50" wide, and a touch thicker.

WSL: Do you know how many she tested there before finding the board that she decided on riding for the event?
MB: I do not. I do know that it is as close to an exact copy as possible of the board she won the event on last year. I think it's the first time that has happened for me. 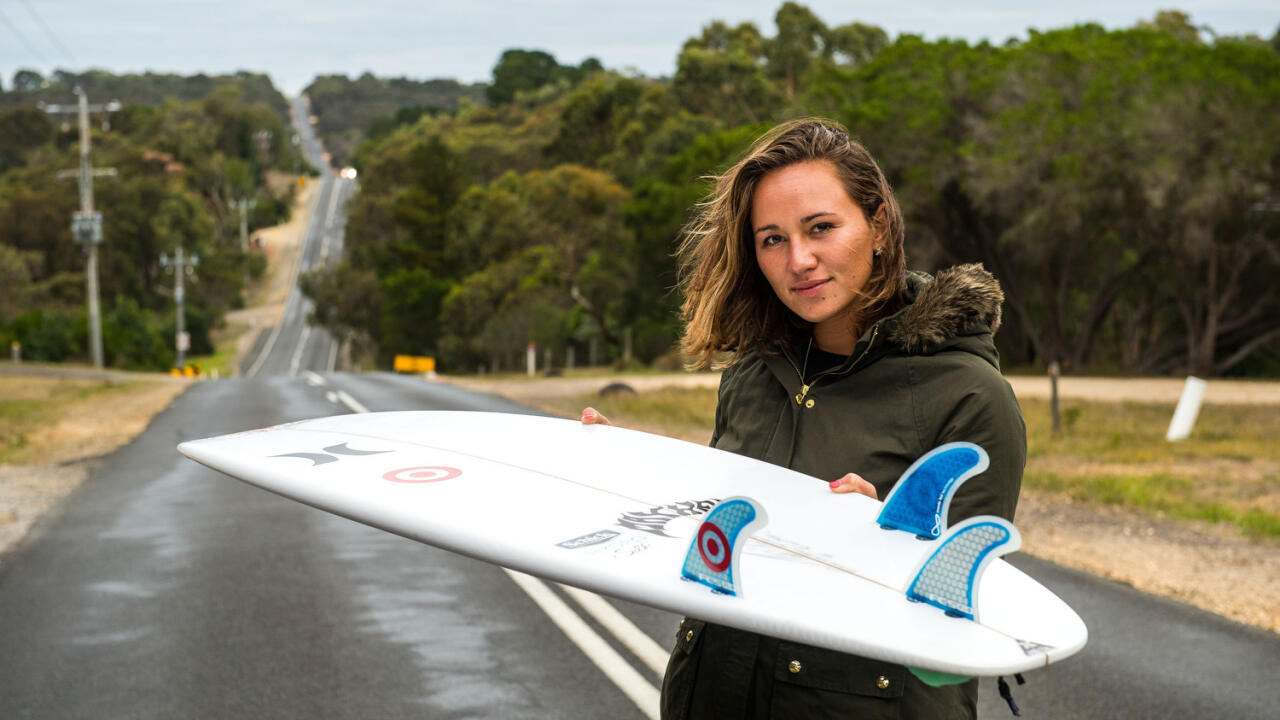 WSL: How many boards does she typically travel with?
MB: Not as many as the guys, who tend to break a lot of boards. She had 10 at Snapper, then we added in five or six more while I was there, and I think she ended up with 14 on her way to Bells. This would include some bigger boards for Margs.

WSL: The waves are supposed to be big at Margaret River. When waves become big and powerful what should surfers aim for in a board?
MB: I think for a wave like Margs the surfer needs rail-line length to match the wide-open, long faces, and to paddle around as well. There's a lot of paddling involved, even with the ski. Like Bells, I believe in mellow rockers with very little concaves. Shallow. You don't want too much width, but some extra in the outline keeps the board from feeling too straight and stiff. It allows you to turn easier.

Thicker is good too, of course. With less concave you can get away with a thicker board and still roll it up on a rail.

Don't miss Moore go after win No. 3 at the Drug Aware Margaret River Pro LIVE on the World Surf League homepage and the WSL App.

Florence and Ferreira lead the charge for the men, while a Moore/Gilmore Semifinal headlines upcoming women's action.

Moore has the most powerful approach on the Women's CT, and while there are other's who are close, she'll be the clear favourite in WA.

With three contests under her belt as a returned elite Tour surfer, the Brazilian charger is just getting warmed up.