Banting on J-Bay Exit
0:28
The 2015 Tour rookie describes the air that injured his knee which resulted in his withdrawal from the J-Bay Open.

Just hours before his heat, Tour rookie Matt Banting (AUS) withdrew from competition at the J-Bay Open. Banting suffered a knee injury earlier this week during a freesurf and is replaced by JBU Supertrials runner-up Michael February. He posted a video of the maneuver that led to his withdrawal on Instagram:

"Because it's bruised bone you never know how bad it is and in that same session I still caught about six or eight waves so I kept trying to tell myself it's all good," Banting said. "But it was hurting pretty bad and once it got cold it swelled up and we knew something happened for sure."

"He's just starting to get on a bit of a roll on Tour and having an injury his rookie year is pretty devastating so I feel for him," said Mick Fanning (AUS), who would have competed against Banting in the first Round. "Michael (February) is a great surfer, I love his unique style. I became aware of him last year, he was flying down the point doing great turns so I'm excited to see what else he can do out here."

Considering his last minute call-up, February fared well against the three-time World Champ and Tomas Hermes (BRA), injury replacement for John John Florence (HAW). He held the heat lead early before Fanning silenced the crowd with an 8.17 and a commanding victory.

"I only found out 30 minutes before that I was going to be surfing and the time flew by so quickly," said February. "This is the first CT I've ever surfed and I'm just going to give it everything I can and try to show them what I've got."

Florence on Fateful Alley-Oop
1:10
Hawaiian John John Florence describes how he injured his ankle during a surf trip. The injury kept him out of the Fiji Pro, and has forced him to withdraw from the J-Bay Open.

John John Florence (HAW) withdrew from the J-Bay Open due an ongoing ankle injury he suffered while on a surf trip. This marks the second consecutive event Florence will have missed because of his injury.

"[John] tried to recover up to the last possible day to fly to J-Bay," said WSL Deputy Commissioner, Renato Hickel. "But as his foot still pretty sore he decided to miss the event and be ready for Tahiti."

Brazilian surfer Tomas Hermes was selected as the injury replacement for Florence.

Don't forget to update your Fantasy picks for J-Bay

Banting and Florence join French surfer Jeremy Flores, who had already withdrawn from the J-Bay Open due to a head injury he suffered while on a surf trip in Indonesia. Currently ranked No. 10 on the Jeep Leaderboard, Flores originally hoped to compete in South Africa, but a followup visit with his doctor has delayed his return to competition.

"I just did some last MRI and the doctors are saying I won't be able to surf in the J-Bay event," said Flores. "I have two fractures in my face and a contusion in my brain."

As the 2015 Injury Replacement Alejo Muniz (BRA) will once again surf in a Championship Tour event, his fourth of the season. 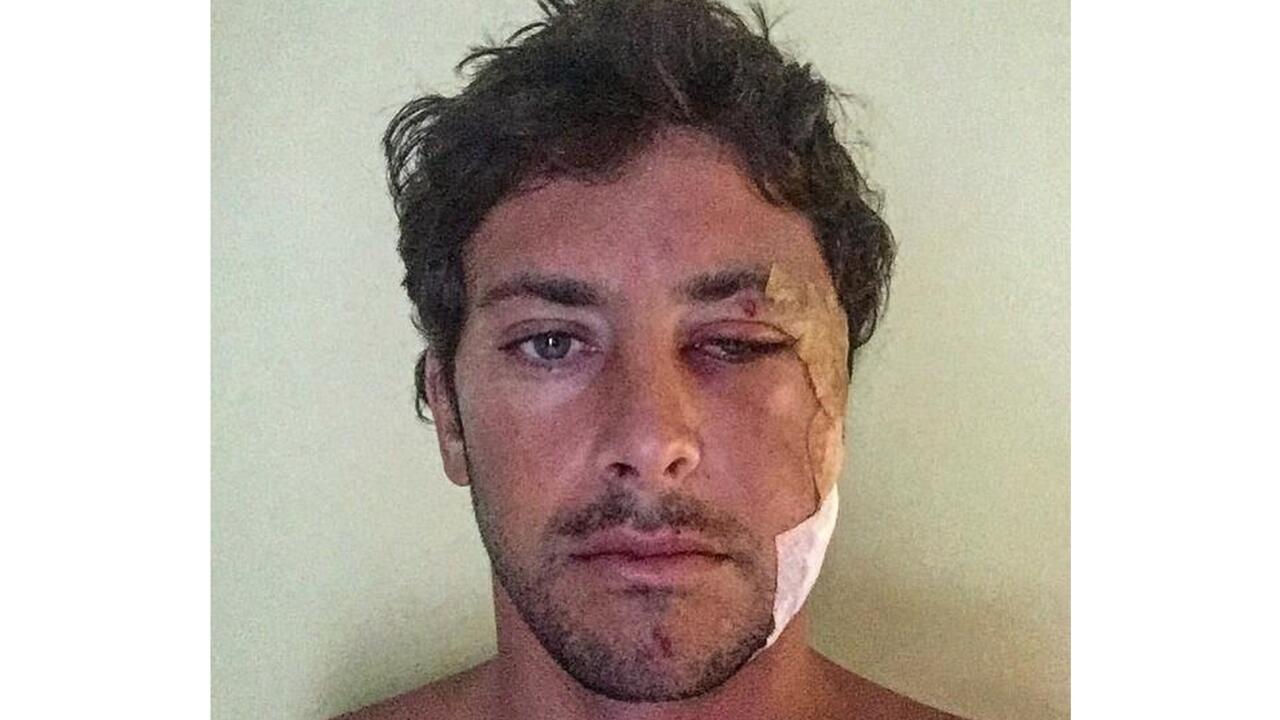 Jeremy Flores posted this photo to his Instagram following his surgery. - WSL

According to his Instagram, Flores underwent two hours of surgery on his face after hitting his head on the reef and has since been recovering in France. Flores is among a list of injured CT athletes this season, including Michel Bourez (PYF), John John Florence (HAW), Jordy Smith (ZAF) and Brett Simpson (USA), all of whom withdrew from the Fiji Pro due to injury.

The string of recent injuries, and their impact on athletes' ability to compete, has stirred up the debate over the true cost of freesurfing.

Don't forget to update your Fantasy picks for the J-Bay Open, which will stream LIVE here and on the WSL App beginning July 8.