Sunshine Coast surfers Kai Hing and Isabella Nichols have officially been announced as the 2015 WSL Australasia Junior Champions for 2015.

Nichols claimed two event wins from three finals giving her the edge over a highly talented field in what is be her final year competing on the Australasian Pro Junior Series. The 17-year-old from Coolum Beach has solidified herself as one of Australian surfing's great hopes in years to come.

"Winning the Australasian Junior Series is so exciting" Nichols said. "It means a lot to me because there are so many good surfers on the junior tour. I'm really happy with the overall win. I went into this year hoping to do well, but focusing on surfing my best and just gaining more experience." This win gives Nichols a seeding and a shot at taking out the WSL Junior Championships, which will be held early next year. If she does take the win she will be the join the honour board with fellow Australian's and WSL Championship Tour (CT) surfer's Laura Enever who won the event in 2011 and Niki Van Dijk who took it out in 2012.

"Winning a world junior title would be a massive achievement so I'm just going to train hard during this off season and try my best when it comes to the world juniors in January."

Following in the footsteps of past Pro Junior Series winners Laura Enever and Sally Fitzgibbons, Nichols will set her focus on the WSL Qualifying Series (QS) with the aim of making it to the CT.

"I'd really like to put all my energy into the qualifying series next year and I'll see where that takes me. It definitely won't be easy but I've got a good team helping me out so I'm really looking forward to the next year." 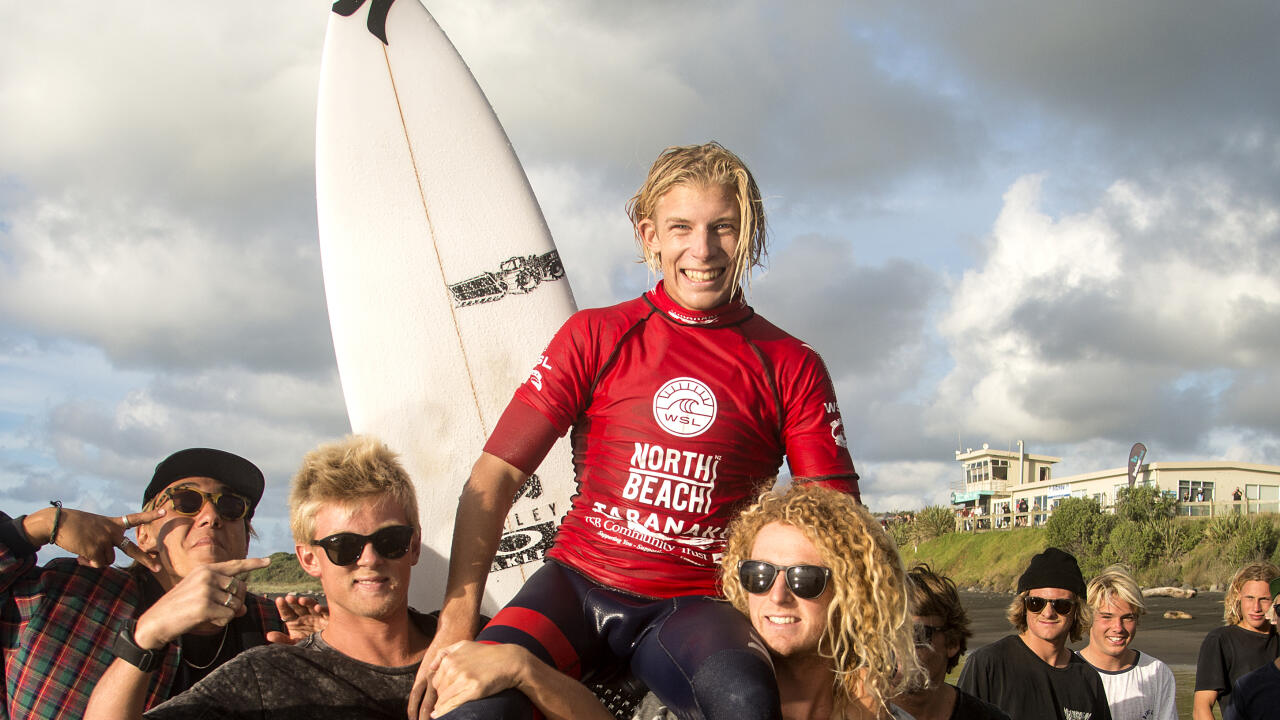 A consistent performance throughout the season saw Kai Hing take a first place finish at the Taranaki Pro Junior in New Zealand and a second at the Carve Pro Junior at Maroubra cemented Hing at the top of the rankings and edged out Tahitian's Mihimana Braye and O'Neill Massin, gifting the young Australian the biggest win of his young career.

"Winning the Australasian Pro Junior series gives me confidence that I am where I need to be in this chapter of my surfing career," Hing said. "This is my last year on the junior tour and I hadn't had the results so far that I thought I could have achieved. So now I can hold my head high and be happy I gave it my all."

The series win also sets Hing up with shot at the WSL Junior Championship which will be held early next year.

"My goal for the start of the year was to win a pro junior event and also the series, this gives you a seeding into the 6000 QS event's, which is extremely handy with me jumping onto the qualifying series next year. Another goal I gave myself was to make the semi finals in Portugal world juniors is my goal for the start of 2016. This result has made this more achievable now."

Hing now joins the illustrious list of Australasian Pro Junior Champions with past champions and current WSL Championship Tour (CT) surfers, Adrian Buchan, Owen Wright and Joel Parkinson, surfers he no doubt aspires to join on the CT in the not too distant future.

"My expectation is that I want to be in the top 3 spots so I can get a seed into the high level Qualifying Series events for 2016. But I do go into every comp wanting to win so fingers crossed I can pull through with that."