The Mahalo Surf Eco Festival is the most traditional event on the WSL South America calendar. Eight previous editions have taken place in the state of Bahia; with events held at Praia do Forte and Salvador before making its way to Praia da Tiririca, in Itacaré. Now the event has reached a new level of importance by having its status raised from a 4-Star to a QS 6000 event.

For the third year in a row, the city of Itacaré will attract a large number of international athletes vying for a substantial result and a chance to solidify their positions on the World Surf League Qualifying Series ranking before heading to Hawaii for the Triple Crown of Surfing. The Mahalo Surf Eco Festival will run from October 27th to November 1st and is the second of three consecutive QS events in Brazil. A total of U$150,000 in prize money will be distributed to a wide array of surfers from around the globe that will be competing at Praia da Tiririca. 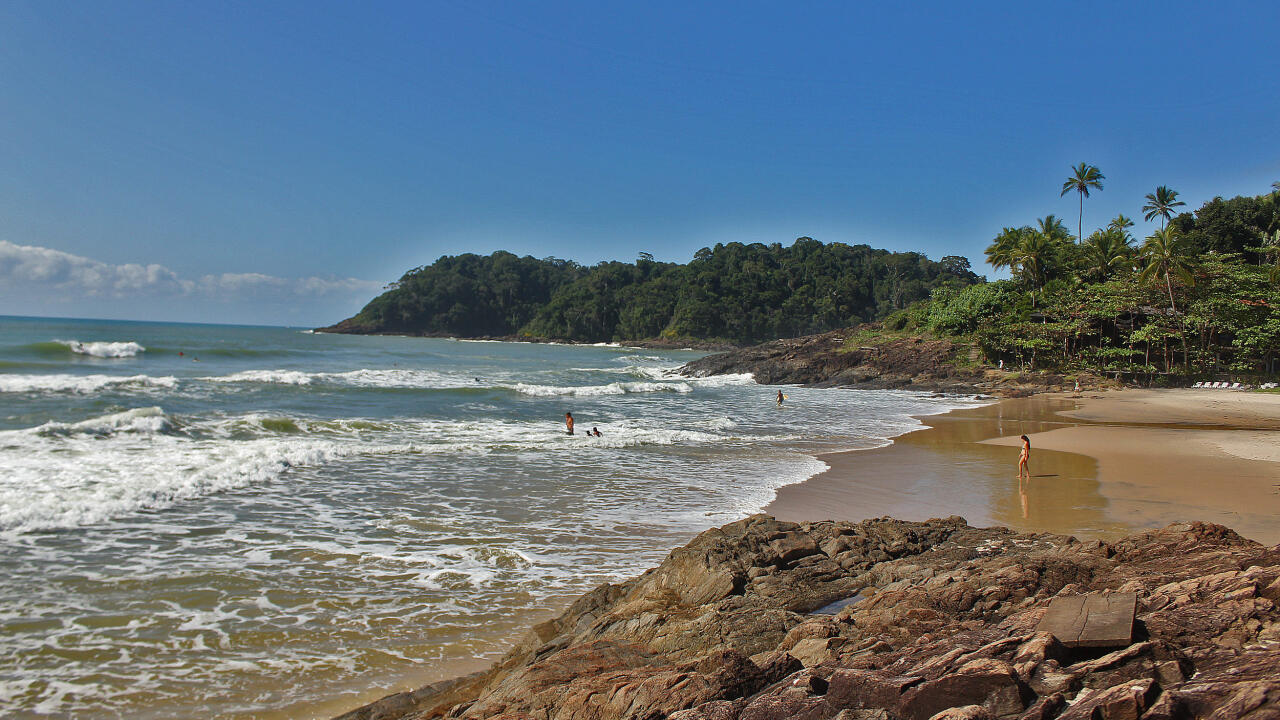 The Mahalo Surf Eco Festival, developed by Grupo Dendê Productions since 2008, combines a top-level surfing competition together with a music festival and a variety of environmental attractions. Due to its elevated status as a QS 6,000 event, it will be decisive as only the top-10 ranked athletes on the WSL Qualifying Series will achieve their long sought-after goal of making it onto the 2016 Samsung Galaxy Championship Tour (CT).

Railton Lemos, Director for Dendê Productions and founder of the Surf Eco Festival took pride in his accomplishments and had this to say:

"We've always believed in surfing's potential and we were some of the first in the Northeast to invest in the sport, so we're honored to continue with one of the Qualifying Series' most traditional events in Brazil. We're even more excited this year since the Mahalo Surf Eco Festival has now risen to a QS 6,000 Event. But that also means a lot more responsibility, so we're working hard to provide an unforgettable event for the athletes and the public; making sure that they'll leave here already thinking about the contest in 2016."

The Mahalo Surf Eco Festival will be the last QS 6,000 event of the 2015 Surfing Season and Itacaré could possibly guarantee CT qualification for athletes currently on the QS.

In addition to all the action in the water provided by some of the world's elite athletes and exciting young up-and-comers, the event will focus on sustainability and a number of environmental endeavors all week long at Praia da Tiririca. As an added bonus, the weekend will exhilarate the crowds with a music festival composed of local and national musical acts. Since its inception in 2008, the Surf Eco Festival has always ended with a huge music festival. This year, it's grown even larger with concerts running throughout the duration of the Mahalo Surf Eco Festival. The line-up includes: Baiana System, Ponto de Equilíbrio, Seu Jorge, Cidade Negra, Nando Reis and Legião Urbana. In addition, each day of the event will end with DJs performing at sunset. All performances and concerts are open to the public and will surely thrill the animated crowds in Itacaré.

"The musical line-up and our concentration on environmental education has always made our event stand out in comparison to others," continued Lemos. "We believe that the fusion of surfing and music is a perfect match. We've gotten together some amazing talent that will be sure to please the audience's taste. Our agenda is also centered on propagating a sustainable lifestyle. That's why each year we set up tents where kids can learn about ecology and teach them how to bring that knowledge back into their households, along with increasing their love for surfing."

In respect to their view on sustainability, being ecologically correct and nature preservation, Dendê Productions pioneered the history of competitive surfing in 2014 by being the first surf event to use solar energy; reducing the ecological footprint of the Mahalo Surf Eco Festival. This positive impact will be repeated this year's event at Praia da Tiririca in addition to complimentary lectures and activities based on environmental education. The first edition of the Surf Eco Festival was held in 2008 at Praia do Forte, Bahia and consisted of Men's and Women's 5-Star events, won respectively by current CT standouts, Adriano de Souza (BRA) and Silvana Lima (BRA).

In 2009, the contest moved to the capital city of Salvador in Bahia. In addition to the Men's and Women's QS events, the contest also held the South America Men's and Women's Pro Junior Championships, also won by exceptional current CT surfers. Alejo Muniz (BRA) defeated Gabriel Medina (BRA) in the Pro Junior Final at Praia da Armação. The following year, Miguel Pupo (BRA) took out the title in the same location. In 2011, Filipe Toledo (BRA) won the event at Praia de Jaguaribe, before changing locations to Itacaré in 2012.

In Itacaré, the Mahalo surf wear company began sponsoring the Surf Eco Festival as a 4-Star QS event. In 2013, Halley Batista (BRA) won the contest. In 2014, Alex Ribeiro (BRA), who is currently ranked in the top-10 on the 2015 WSL QS rankings, won the event. Another familiar name to be successful at the Mahalo Surf Eco Festival is Tatiana Weston-Webb (HAW), who came in 1st place at last year's event.

The Mahalo Surf Eco Festival is brought to you by Dendê Productions and is sponsored by Mahalo, the City of Itacaré, Pousada Ecoporan, the Department of Tourism for the State of Bahia, TV Santa Cruz and Skol. The QS 6,000 Event is sanctioned by the WSL South America and will distribute U$150,000 in prize money and 6,000 points valid towards the WSL Qualifying Series rankings. The event will be broadcast live at: www.worldsurfleague.com

World title contender Tatiana Weston-Webb walks us through the Pipe wave she still compares to all others.