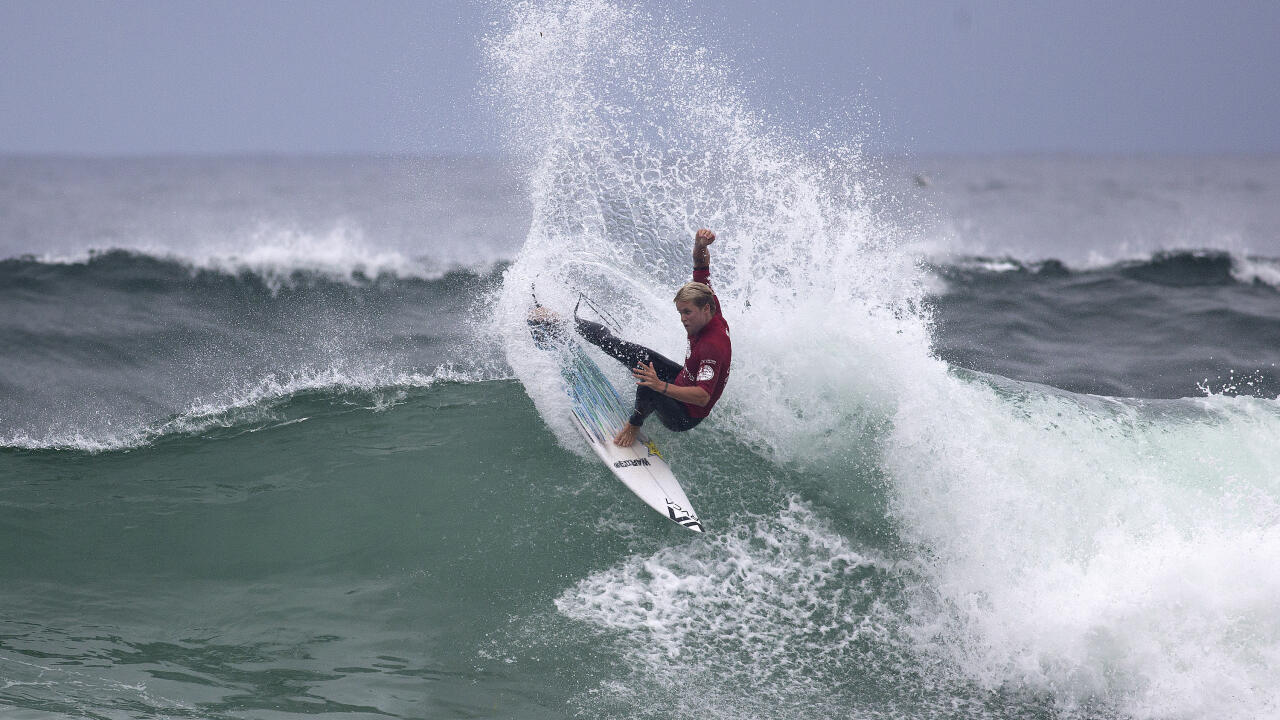 Rookie Davey Cathels is the pride of North Narrabeen's historic surf club, and he'll be doing his best to represent them well at the elite level. - WSL / WSL/Dunbar

Australia's local surf clubs have been grooming talent Down Under for more than 50 years now. In the 70s and early 80s there was no more dominant club than The North Narrabeen Boardriders. Terry Fitzgerald, Mark Warren, Simon Anderson, Damien Hardman, Nathan Hedge and Chris Davidson are just a few of the legends raised there. But when power began to shift from Sydney to the Gold Coast in the 90s the shine of the North Narrabeen Boardriders Club faded. Then last week, thanks to 2016 CT rookie Davey Cathels, North Narrabeen found its way back on top in Australia. At the Original Source Australian Boardriders Battle, where bragging rights for the year are decided, Cathels led his team to an upset victory after some last minute heroics (he earned a 9.0 in the final minute to clinch the win). But maybe this shouldn't have been a surprise. After all, Cathels finished runner-up in two QS10,000 events last year in Brazil and South Africa, and now he's the first North Narrabeen surfer since Chris Davidson to make the elite ranks. Given his run of late, and his fresh face status on the CT, we wanted you to get to know him a bit more.

Davey Cathels in Brazil
0:40
Davey Cathels does his best to let the judges know he understands the scoring criteria: speed, power, flow.

WSL: Tell us about growing up in North Narrabeen.
Davey Cathels: Growing up in North Narrabeen I've always considered myself lucky, having the best and most consistent waves in Sydney at my doorstep. It's a great little surf town with a lot of surf history. I had an epic crew of grommets that I'm still best friends with today. It's similar to the Gold Coast in that it's an Australian surf town, but we don't get nearly as many tourists or people coming through. My surfing began before I really knew it did, my dad would take me surfing when I was still in nappies, but by the time I was nine or ten I was surfing by myself with all my mates. The influences other than the competition within my group of mates, were pretty big. I got to watch surfers like Damien Hardman, Nathan Hedge, Nathan Webster, Chris Davidson, Christo Hall, the Fitzgeralds and Simon Anderson. The older I got the more I realized just how crazy and lucky I was to learn from these guys, some who had helped shape and make what surfing is today.

Davey Cathels in Hawaii
Roughly 3000 points separated Cathels and CT qualification the previous season. Despite a few magical moments during the 2014 Triple Crown, the Australian wouldn't find enough results to qualify until 2015.

WSL: What would you be if you weren't a pro surfer? Why?
Cathels: I've never really thought about being anything other than a pro surfer ever since I was eight or nine years old. I probably would of finished high school and gone to university, maybe ended up working for my old man selling fruit, but we'll never know haha. An armored car, my dog and a 12 gauge shotgun, and my girlfriend too...if she's not already a zombie.

WSL: What quality do you most admire in others? Why?
Cathels: I admire people who walk to the beat of their own drum and aren't influenced and follow the trends of all the people around them or what everyone else is doing. It's hard to do but you always notice when someone is their own person.

WSL: What was the toughest day of your life?
Cathels: The toughest day in my life was when I lost one of my childhood friends. It was the first time I had ever had someone close to me pass and he was older than me and someone I really looked up to. I still think of him all the time and if their was any silver lining it was that it brought all my mates a lot closer.

WSL: What's a trait you like least in yourself?
Cathels: My impatience is my worst trait for sure. No need to elaborate. Davey Cathels earned 8000 points with a runner-up finish at the Oi HD Sao Paulo Open. The result was one of his top two in 2015 and helped earn him CT qualification. - WSL / Daniel Smorigo

WSL: What do you fear the most? Why?
Cathels: I fear the future generations of the world won't be able to experience all the things we do, if this current trend of world destruction continues.

WSL: What's the most overrated wave?
Cathels: I think the most overrated wave in the world would be Keramas. As a junior I had about a dozen contests there, and I would sit all day watching the boys getting shacked off there heads or tearing the bag out of the funnest looking waves, every time my heat would come around it would either be a 20-minute-lull or one foot onshore and low tide.

I would probably be Han Solo, fly around the universe in the Millennium Falcon with Chewy.

WSL: If you could be any fictional character, who would you be? Why?
Cathels: I would probably be Han Solo, fly around the universe in the Millennium Falcon with Chewy. Pretty good.

WSL: What do you want the most? Why?
Cathels: What I want the most is a nice little piece of land in Narrabeen to call my own and all my friends and family to live long happy lives.

WSL: What's the meaning of life?
Cathels: The meaning of life is hard to know or be sure about when in the big scheme of things your just a tiny organism on a tiny rock in the middle of an infinite universe, but I think if you die happy with not many regrets and leave a positive legacy then you have done pretty well.