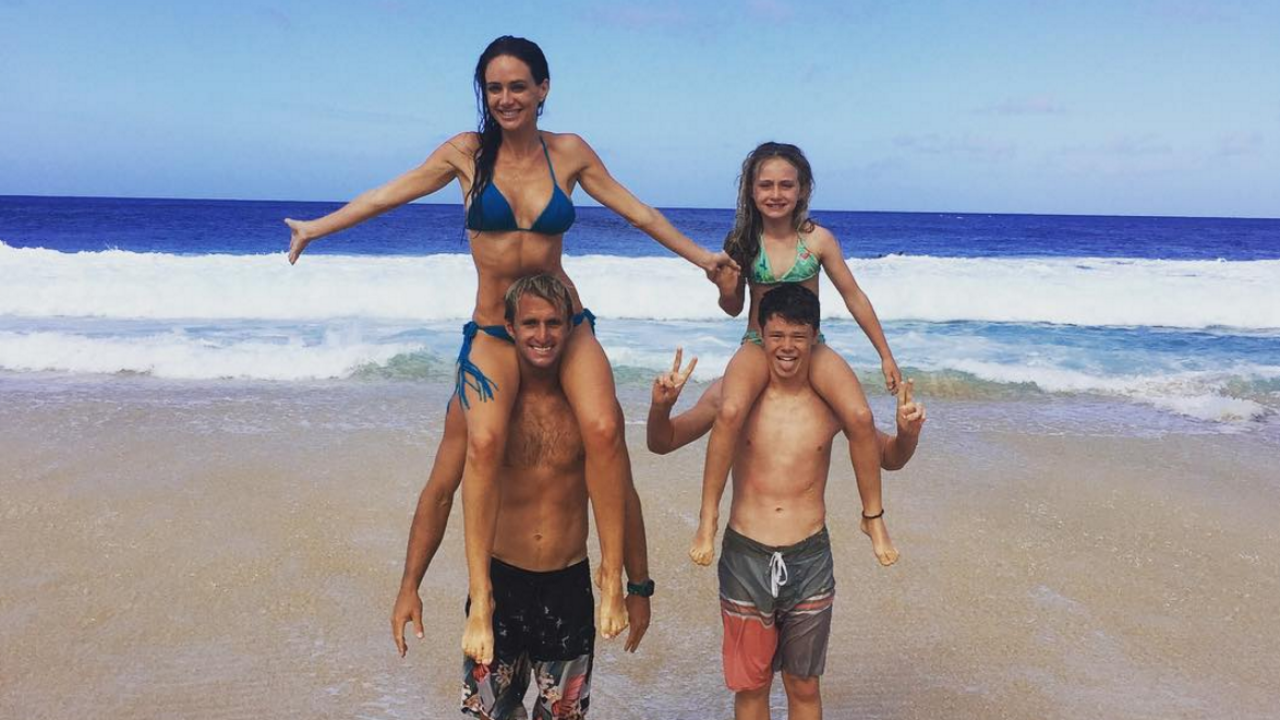 Kerr considers his family his greatest accomplishment outside of surfing. All three -- his wife Nikki and their children, Sierra and Colin -- frequently travel with him on Tour. Photo: @josh_kerr84 - WSL

Australian Josh Kerr took the surf world by surprise last week when he won the Todos Santos Challenge, dominating a field of veteran Big Wave Tour surfers in 30-40-foot waves. Best known for his prowess above the lip, he was a pioneer of progressive surfing when so-called "air shows" were the only stage for surfing's specialty skill. These days, the seasoned, 31-year-old Championship Tour (CT) competitor and father of two is thinking beyond boat trips to Bali and video parts.

WSL: What are you most proud of, outside of surfing?
JK: My family! By far my biggest accomplishment in life.

Kerr Takes Todos
0:16
Josh Kerr strengthened his lead in the Final, tearing through a massive wave for an 8.20.

WSL: If you could do one thing over, what would it be?
JK: I need hundreds of those do-overs! But I wouldn't change a thing because it makes you who you are today.

WSL: If you could sit and talk to any five people, dead or alive, who would you pick?
JK: My dad: he passed away when I was 11 and I would have loved to have had a lot more of guidance and experience. I would just love to hear all about his life from his perspective.
Facebook founder Mark Zuckerberg: To listen to the way he has handled his life and businesses at such a young age.
Tupac: To sit back and listen to him talk about anything.
My wife: Because I love her!
Fast Johnny: Never gets old. Kerr not only held his own at Todos Santos, but dominated with seeming ease. His win there was his first event victory in nearly six years. - WSL / Richard Hallman

WSL: What are three things you'd want to survive the zombie apocalypse?
JK: My wife and two kids.

WSL: What's the best part of being a dad?
JK: The sense of accomplishment you get when your kids give you that hug and kiss goodnight.

WSL: What's the toughest part of being a dad?
JK: Having to leave them when I'm going away on Tour. No dad should ever have to leave their kids behind.

Kerr Flies in Portugal
0:42
Kerr reminded the judges of his high-flying roots when he threw a huge stale grab air-reverse at October's Moche Rip Curl Pro. The maneuver earned him 9.70 points, putting him in the heat lead.

WSL: What do you fear the most?
JK: Anything bad happening to my kids.

WSL: What's the biggest problem facing humanity?
JK: I have a lot of faith in humanity and I believe that 99.9999 percent of people try their best to be the best they can be. But I do hate thieves!

WSL: When was the last time you cried, and why?
JK: Watching a sad movie on a plane. Because for some reason you get emotional watching movies on planes.

WSL: What was the last song playing in your headphones?
JK: Charli XCX, "Break the Rules." It's my daughter's favorite song so she made me play it!

Catch Kerr and the rest of the Top 34 when they kick off the 2016 season at the Quiksilver Pro Gold Coast March 10.

Joe Turpel and Mike Parsons break down the day's action leading to the exciting event Final.