Few surfers have been punching the clock at Jaws as much as 24-year-old local boy Albee Layer in recent years. He began towing into Jaws as a 15-year-old, started stroking in at the age of 18, and shortly after was credited with scoring the first paddle-in barrel at the beastly break. A well-known aerialist in his small-wave time, Layer is also credited with pulling the first double 'oop. But this winter, with Maui's celebrated big-wave break enjoying a bumper crop of swells, he's been busy harvesting his hard work out there. 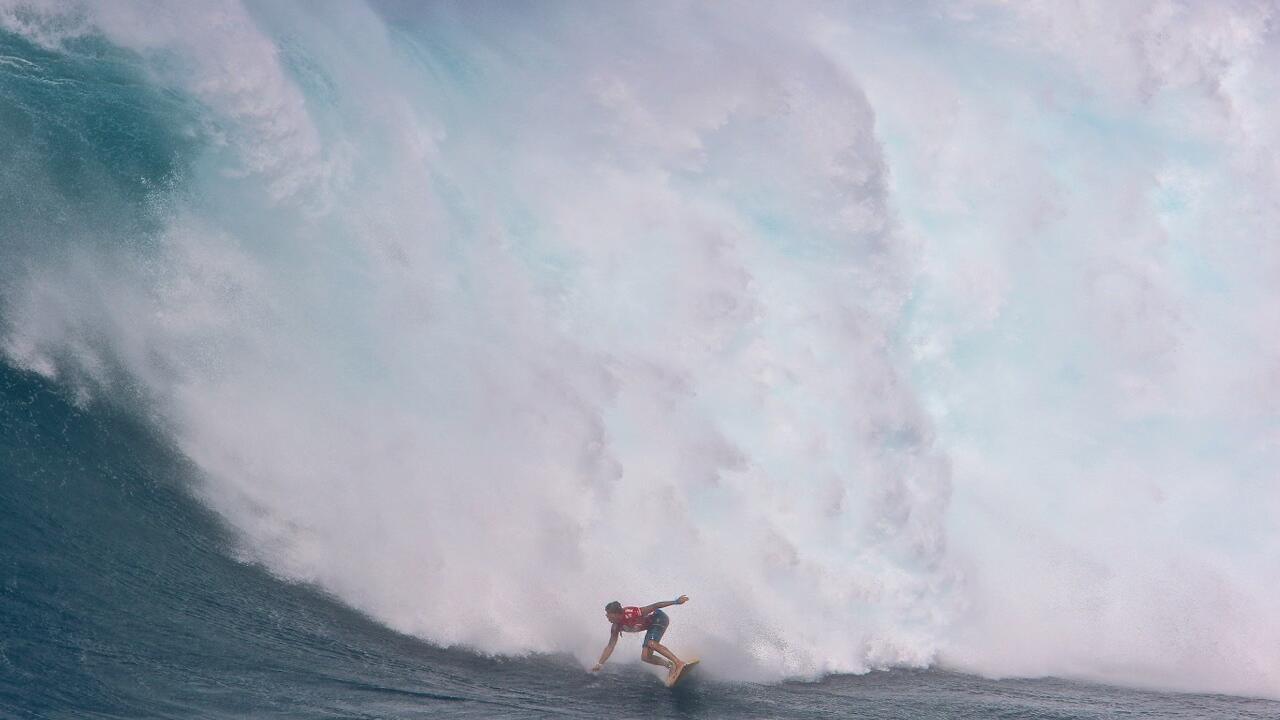 Layer's performance on December 6 at the Pe'ahi Challenge earned him a runner-up finish, but evidence suggest he'll get another crack at it. Photo: Dooma Photos - WSL / Dooma Photos

After finishing runner-up to his friend Billy Kemper during the Pe'ahi Challenge in December, Layer continues to dominate his favorite West Bowl hangout. But as more surfers converge on his favorite corner Layer's getting a bit more nomadic in the lineup. Last week, between another bevy of bowl rides, he stuck one of the most impressive air drops of the season on a big outside bomb. Despite the swelling crowd Layer's persistent performing is relentless, so we wanted his thoughts on this historic season.

WSL: How has this winter comparing to others at Jaws? Albee Layer: It's definitely had two of the biggest swells in recent history, and more swells than normal. But there's only been one or two good days for barrels. The rest have been really big and scary and little more north than I prefer.

WSL: What's the most amazing thing you've seen this winter?
Layer: I'd have to say Aaron Gold's wave tops the list beyond anything else. Another would be the return of my good friend Dege O'Connell to Jaws after a fin to the leg there had him out for a year. Ian Walsh's surfing is the other big one. He's always been pretty good at Jaws but in the past he's had some bad luck on good swells. This year everything is clicking. He's put in the best performance on every swell, and it's been amazing to watch. He's got the eye-of-the-tiger thing going. Layer extended his lease on the West Bowl this winter, and during the Pe'ahi Challenge he spent a considerable amount of time showing off his favorite room. - WSL / Kirstin Scholtz

WSL: What's the scariest thing you've seen happen out there?
Layer: This one time we thought a girl went missing on the left. We all kinda thought she was dead, but found out she got washed in without anyone seeing. She was up on the cliff while we were looking for her. And that really big day this year really felt like it was going to be the day to take someones life.

WSL: Why is Maui such a hotbed for creative approaches to surfing? Layer: I think we're just lucky we've had such a large group of friends that have a desire to push ourselves in whatever conditions we get. Aside from that we just don't have good enough waves to learn good turns or easy barrel lines. Besides Honolua Bay, it's a lot of wind-swept, currenty air waves.

WSL: Where will you be hanging out when Jaws goes dormant?
Layer: Probably in front of my second home in Mission Beach, San Diego. I kinda post up there in the summer and do a couple trips to odd locations. I'll probably do a bit of Europe this year.