In today's age of hyperbolic claims it's becoming increasingly hard to find anything that lives up to its promised hype. Fortunately, this year's El Niño isn't one of them. As early as last spring surfers were being promised a healthy dose of goods this winter. Those old enough to remember the 1997/98 version were licking their chops. The rest weren't really sure what to think...but not anymore. And certainly not in Hawaii, which has been enjoying one if its best seasons more than a decade since El Niño began its December deliveries. Is it over? Probably, not, but a quick review of this season's highlights to date are enough for us to say (especially heading into Valentines Day) that we love you El Niño. Please don't leave us!

Carissa Clinches
1:59
Carissa Moore won her third World Title and went on to win the Target Maui Pro for the second consecutive year. Alessa Quizon enjoyed the Maui juice during the final event of the season. - WSL / Poullenot/Aquashot

December 6: The Pe'ahi Challenge becomes an instant classic as the world's best big-wave surfers embark on the most incredible paddle-in event...ever. Not that long ago it was thought impossible. This season barriers have been smashed on a weekly basis. Pe'ahi. - WSL / Kirstin Scholtz

Robinson Flares
1:59
Incredible tuberiding had fans on the feet Wednesday as hopefuls worked to get a spot on the big stage. Jack Robinson has been enjoying his share of Pipe bombs. - WSL / tony heff

The Superheat
4:05
Watch the epic battle between heavyweight chargers Kelly Slater, Mick Fanning and John John Florence in Round 4 of the Billabong Pipe Masters.

December 17: The World Title Showdown goes down to the wire, and Adriano De Souza proves that tireless effort actually does pay off.

Adriano Takes Title
1:57
Adriano de Souza takes down the field for the final event of the season and wins his first World Title.

January 15: Jaws Day of Days Aaron Gold, Shane Dorian, Ian Walsh and a hardcore crew of chargers take on the what many are calling the best day ever at the renowned Maui break.

February 2: King Kelly Lives and breathes at the Volcom Pipe Pro, winning the event in perfect surf, which kicked off an epic week of Pipe conditions that followed.

Kelly Slater returns to the Podium
4:05
Kelly Slater earns his first victory since 2014 in epic conditions at Pipeline. 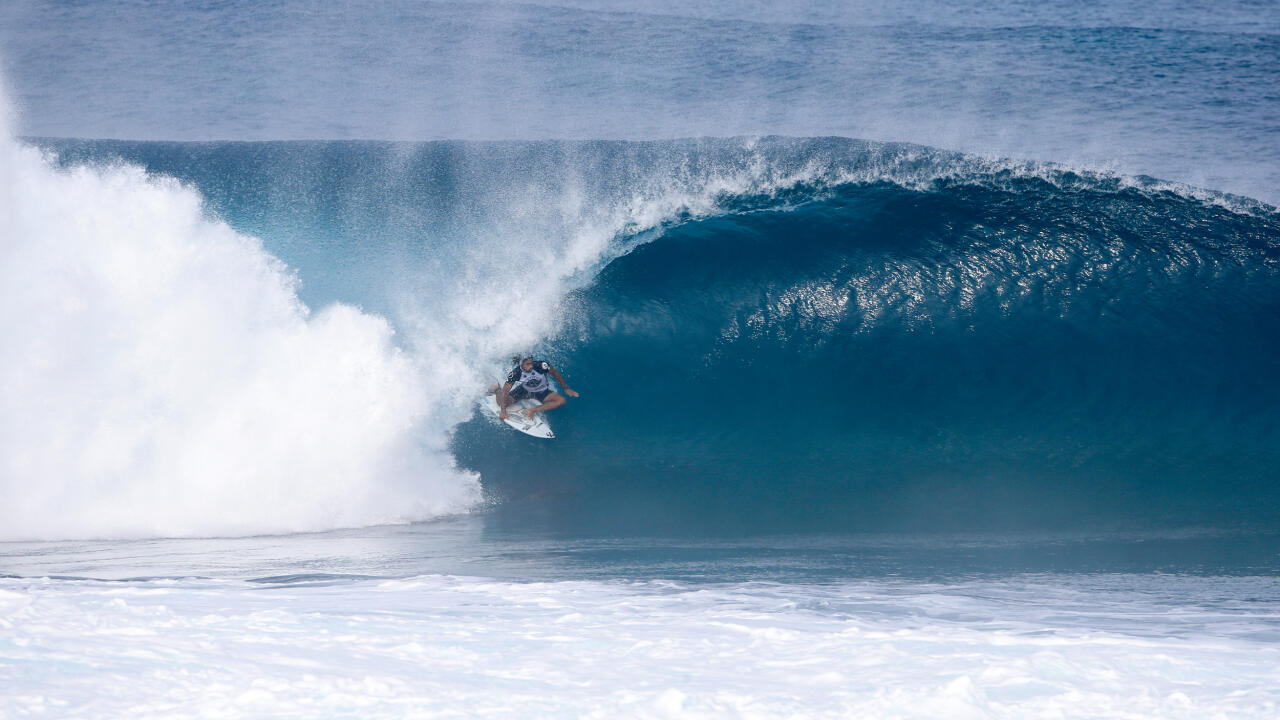 Marco Giorgi of Uruguay stunned many with his incredible performance at the Volcom Pipe Pro. It took Kelly Slater to beat him. Photo: Tony Heff - WSL / ML Eddie said No, but Albee Layer said Go on this Jaws monster. Unfortunately, it put him in the hospital. - WSL / Dooma Photos