With 2016 surfing just around the corner, it's time to prep your fantasy lineups! Sign up now to take advantage of a full season of fun, it's easy to learn and the best way to enjoy each event. The Women's game has fewer surfers to choose from than the Men's (see: Men's Gold Coast fantasy analysis), so you'll only draft four athletes for your team. With a narrower field, each pick becomes that much more important.

Check out the Men's Fantasy Review 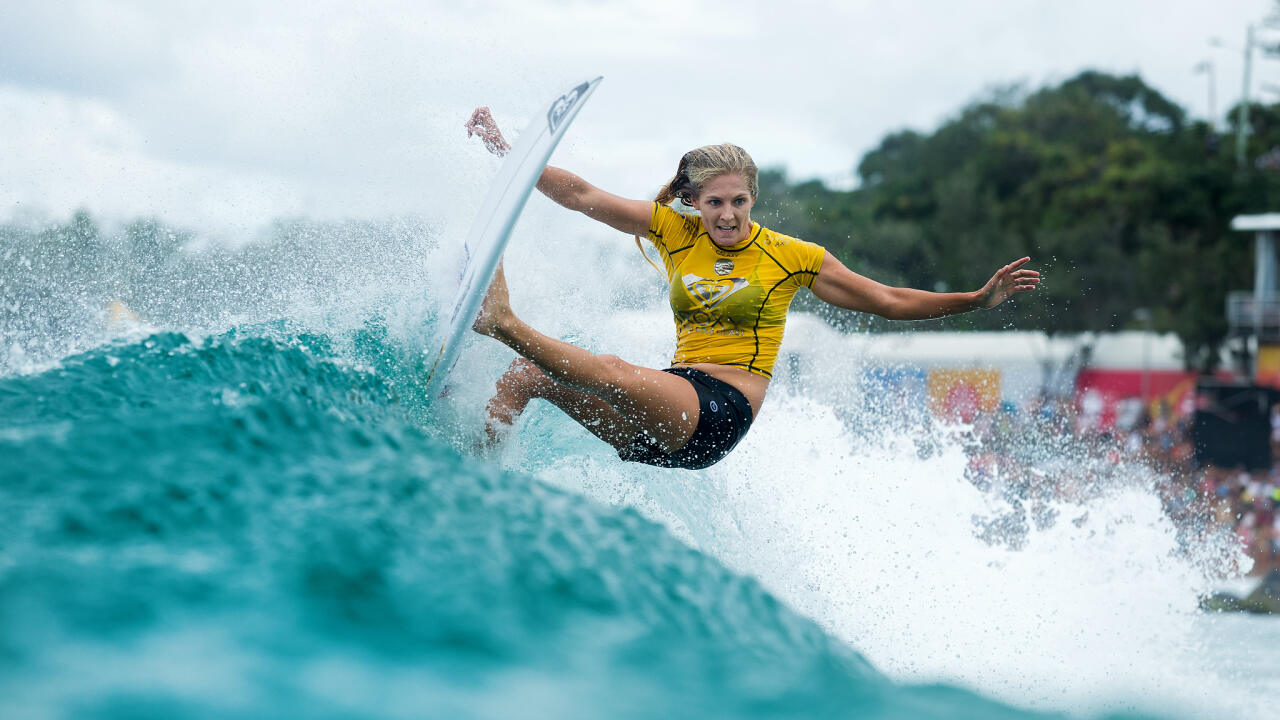 On the Women's side, Tier A only offers one draft pick from the top three ranked athletes. This is a major selection, and one you'll need to carefully consider.

Sally Fitzgibbons (Projected 14.01 AHS / 118.02 FP) - Sally Fitzgibbons is projected to take second place behind Carissa Moore in the actual Gold Coast event, but with with more points. Remember that athletes don't need to win an event to take home the most FP for your team.

Fitzgibbon's is somewhat contrarian here, since she won't likely be the most drafted in the tier, but the added bonus of a better projection gives her the most potential value. And even though Sally hasn't won this event, she owns a career 15.06 AHS at Gold Coast - the best of any current surfer.
Odds to win it - 5:1 Sally Fitzgibbons and Carissa Moore are projected to be very close at the Roxy Pro, with Moore winning the real event and Fitzgibbons winning in Fantasy Points (FP). - WSL / Poullenot/Aquashot

The downside here is that almost everyone is going to draft Carissa. That's not necessarily a bad thing if she can reel in the most FP, but should Fitzgibbons or Courtney Conlogue grab a fantasy win, the smaller percentage of teams who risked it will be handsomely rewarded. They're all projected for a solid outcome, but depending on their exact finish and draft percentage, only one will provide the highest ROI.
Odds to win it - 5:1

Courtney Conlogue (Projected 13.46 AHS / 90.55 FP) - The final slot in the Tier A draft pool is Courtney Conlogue. Projected to take third at Gold Coast, she could easily be considered an option in any other format. With only one selection from the top tier, though, Conlogue doesn't represent enough value for the risk. Californian powerhouse Courtney Conlogue should have a great event at projected third place, but you only get one surfer in Tier A. - WSL / Kirstin Scholtz

Similar to the Men's game, you get the largest pool of surfers in Tier B and the most athlete slots. With the limited number of athletes, you can only choose two of them for your Women's team. Still, this is a great spot to hedge a favorite with a more bold pick.

Tyler Wright (Projected 13.31 AHS / 86.86 FP) - The best bet on paper for Tier B is Tyler Wright. She has a tremendous upside as the 2013 Gold Coast Champion and put up 87.99 FP via 14.05 AHS here last year. Wright had a year to forget in 2015, but finished strong; look for her to rebound moving forward. With fan favorite Stephanie Gilmore likely to eat up a lot of draft percentage, Tyler is a great option for standout value.
Odds to win it - 10:1 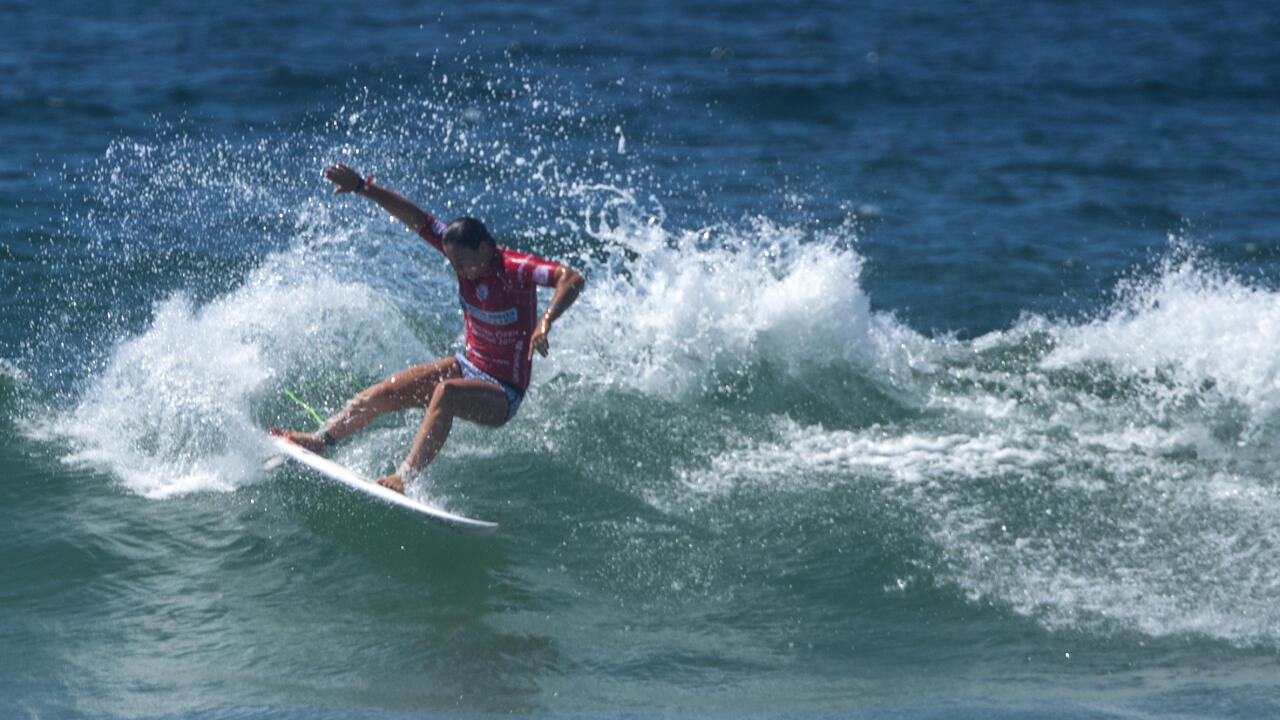 Stephanie Gilmore (Projected 13.28 AHS / 67.94 FP) - Stephanie Gilmore has a very solid projection line heading into the first event of 2016, but last year she only surfed in four events due to injury. As is the case with all athletes, staying healthy becomes more difficult in later career stages. While Gilmore has certainly been successful here in the past (14.95 Gold Coast AHS), there is a lot of risk given the amount of time she missed last season. Stephanie did place second here last year with a 15.48 AHS and 110.59 FP, so she'll be heavily favored in Tier B. This is a risk Fade, however, and while there's a lot of upside, the floor is R2. With an intimidating Round 1 heat draw in Tatiana Weston-Webb and experienced rookie Keely Andrew, it might make sense to keep Gilmore on the shelf and observe.
Odds to win it - 12:1

Malia Manuel (Projected 12.64 AHS / 64.78 FP) - You may be thinking that Tatiana Weston-Webb (projected 11.94 AHS / 60.7 FP) is the best Sleeper option in Tier B, but most players are now privy to this previously hot tip. Malia Manuel represents a slightly better upside and, more likely than not, a lower draft percentage. The draw puts her against Sally Fitzgibbons and Laura Enever in Round 1, so this is a good chance for an inter-tier hedge if you're going with Tier A favorite Carissa Moore. If you like Sally, however, it's good practice to avoid Round 1 friendly fire. With tremendous upside, Malia Manuel could be a solid contrarian option in Tier B. - WSL / Kelly Cestari Bajan Chelsea Tuach will look to make a statement at Gold Coast, her first event as a full-time CT resident. - WSL

Your Women's fantasy team gets one pick from the bottom ranks. Tier C includes this year's rookies Chelsea Tuach and Keely Andrew, Lakey Peterson's IR Bronte Macaulay and the event Wildcard (as yet TBD). Athletes in this tier usually have humble projections, due in part to facing the highest seeds throughout each event, but there have been some big surprises in the past. If you can get a solid value out of your final slot, it will improve your place on the leaderboard.

Coco Ho (Projected 11.87 AHS / 58.99 FP) - It's unclear how many teams will opt for Coco Ho, but as one of the few CT regulars in Tier C, draft percentage will likely be substantial. That's fine, considering her tier-best 58.56 projected FP and one of the more favorable heat draws among the lower ranked surfers. Entering her 8th season, Coco has more elite level experience than the rest of Tier C combined.
Odds to win it - 43:1 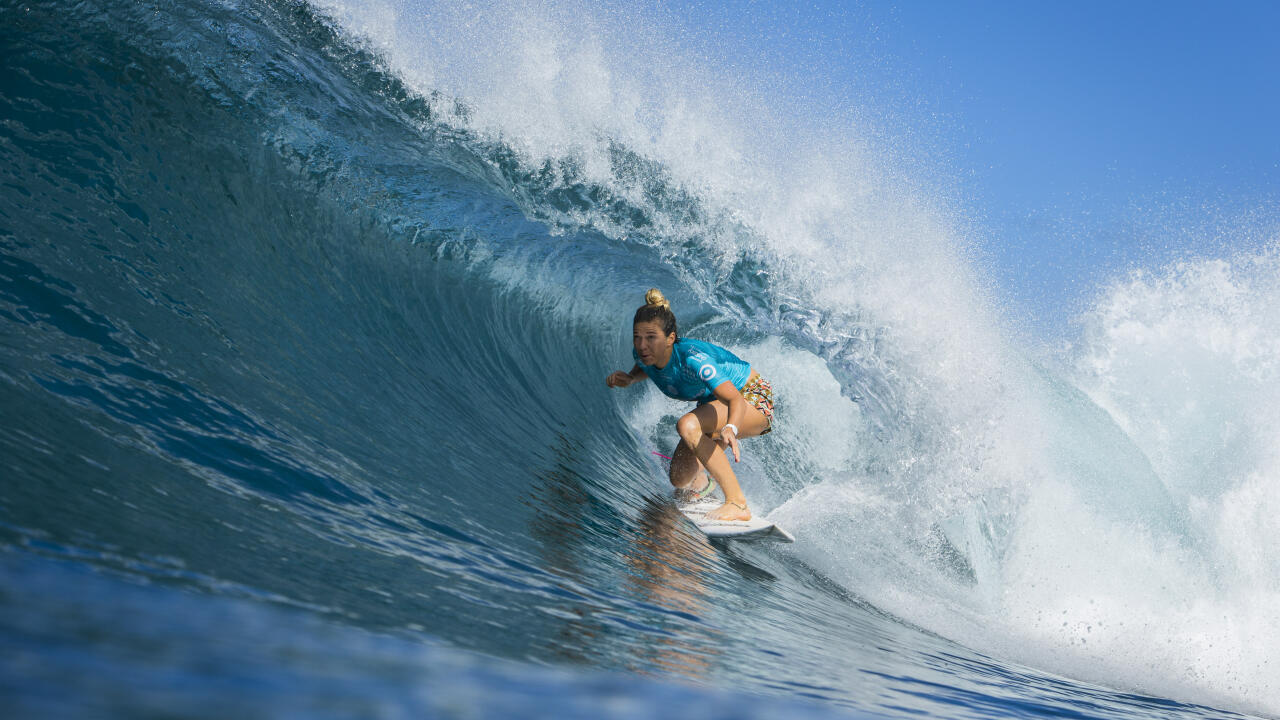 Keely Andrew (Projected 11.77 AHS / 58.56 FP) - Sunshine Coast local Keely Andrew surfed four events on the 2015 CT and swiped a QF berth in Rio. While she only posted a 10.39 AHS over that period, it was an impressive run as an IR. Andrew has the second-most projected FP behind Coco Ho, so the potential value is worth consideration. You might be able to sneak some points under the majority's radar.
Odds to win it - 54:1 Hope that helps get your team ready for the Roxy Pro Gold Coast, starting this week on 10 March. That's Australian time, so remember to set your lineup before 9 March if you're a day ahead. If you want to chat fantasy, come say hello on Twitter @FantasyWSL. Good luck and see you on the leaderboard!