Highlights: Margies Delivers, Semis Set
2:24
Mother Nature delivered on a massive day at Margaret River. Tyler Wright claimed her second victory while the men are all set for the semis.

Joel Parkinson celebrated his 35th birthday this week, and while his silky style is getting even smoother with age, the Aussie icon and former world champ has been enduring a rough slide down the ratings since his 2012 crowning. On Friday he was also the oldest remaining competitor at Margaret River and with Mick Fanning on sabbatical, Kelly Slater in a slump, and Taj retired, there's been some speculation about what Parko's thinking. Today, his surfing provided the answers. Parko advanced to the semifinals for the first time since 2014, and doesn't seem to be going anywhere.

Parko's Tube Time
3:24
Parko advanced to his first semifinal since 2014 thanks to a few stunning rides in his QF heat at the Drug Aware Margaret River Pro.

In fact, with just three heats left to go at the Drug Aware Margaret River Pro and an increasing swell on tap for Saturday, there's a good chance the semis and finals will be moved to The Box. Commissioner Kieren Perrow was spotted giving the slabby righthander a test drive today, and should he decide to make that call it could play right into Parko's hands. 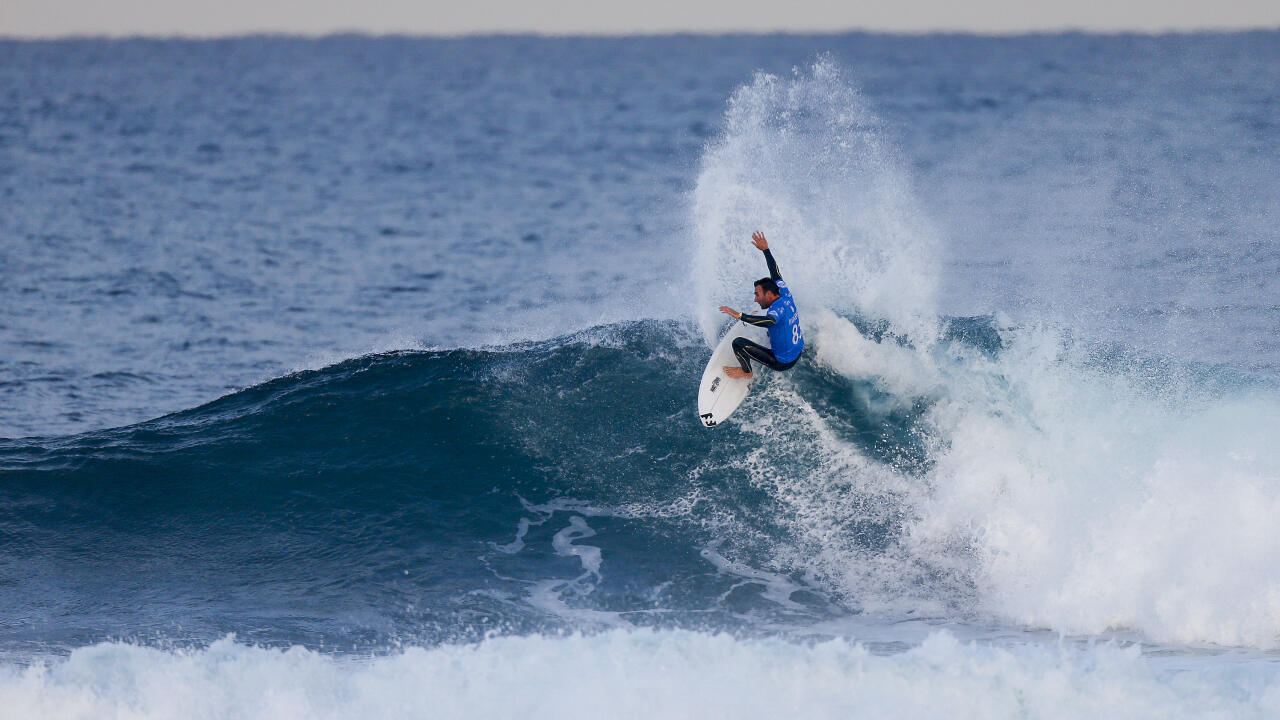 That said, he'll have his hands very full with Julian Wilson in the semifinals. Wilson's fire has been lit after a couple of poor results at Snapper and Bells. He's arguably been the most consistent performer of the event. He blitzed his way into the semifinals after finally putting an end to Leonardo Fioravanti's run. Meanwhile, earlier in the day Nat Young ended Matt Wilkinson's remarkable run of victories in Round Five. Young advanced to the quarterfinals after taking down the world's current No. 1 in a backside showdown that was a flurry of vertical hooks. Wilkinson may have been reintroduced to gravity at Margaret River, but he'll be heading for Brazil with his healthy lead intact after completing his most successful tour leg ever. One of the biggest surprises of the entire event has been injury replacement Leonardo Fioravanti, who seized his opportunity to compete in the bright lights of the CT by advancing all the way to the quarterfinals. But maybe it shouldn't be. After all, the Italian is leading the QS rankings one year after breaking his back at Pipeline. Jordy Smith looked like a favorite through the early rounds at Margaret's, but he ran into the buzzsaw that is rookie Caio Ibelli in Round Five.

Italo's Quarterfinal Finale
0:36
The young gun scored a 9.13 to cap off a heat win over Kolohe Andino.

Italo Ferreira has now advanced to the semifinals for the second consecutive event. And, for what it's worth, he's well ahead of last year's pace that rocketed him to 7th place in the ratings as a rookie. Kolohe Andino was on point in Margaret River, putting his well-rounded approach on display in each of his heats. But the Californian was stopped in the quarterfinals by a very in-form Italo Ferreira. Sebastian Zietz is one of two injury replacement surfers who advanced into the quarterfinals. But the Hawaiian wasn't done there. He put an end to the run of Caio Ibelli to advance into the semifinals. Not bad for a guy who thought his CT career was over just a few months ago. The Rookie of the Year race is going to be one of the most exciting in years in 2016, thanks in large part to talents like Brazil's Caio Ibelli. And the nice part for Caio (who finished with a 5th place finish) is that he now heads to his home country (his adopted home is Southern California).