2016 will see the 19th instalment of the World Surf League (WSL) Whalebone Classic Longboard Qualifying Series (LQS) event to be held at the iconic Cottesloe Beach in Perth. Being the final LQS to be held in Australasia, it is sure to attract a huge field of international contenders vying for a spot into the World Longboard Championships to be held in December in Hainan, China.

Last year's event champion Taylor Jensen (USA) will be coming back in 2016 to defend his title. After coming just one position short of grasping his third World Title last year, Jensen will be hoping to use the Whalebone Classic as a springboard into the 2016 WLC. "The Whalebone is always a fun event on the schedule," Jensen said. "I'm coming off a few nasty injuries that kept me out of the water for longer than I wanted, but I'm back out there now. I'm really starting to feel like I'm surfing good again. I started the year off good with a win at Kingscliff so hopefully I can keep the roll alive heading towards China."

Having travelled the world for over a decade surfing in contests in dozens of different countries, Jensen rates the Whalebone Classic as one of the best events he has ever competed in. "This competition is run really well, I think that probably the best thing about it. The wave is generally a pretty small but fun longboard wave, last year was pretty good rights at about two foot. But the event is top of its class, so professional, so many fun activities for everyone including the kids. We take our daughter every year and she has a blast. Everyone in WA is so nice and friendly, it's always a pleasure to be there and see everyone regardless of the result. Being the reigning champ has no effect on my frame of mind, for me it's the same as any other. Just go out and have fun and the result will come."

Local favourite and four-time event champion Georgia Young (AUS) will be back in 2016 to defend her title as well as showing the world's best how to surf the wave at Isolators, her local spot. 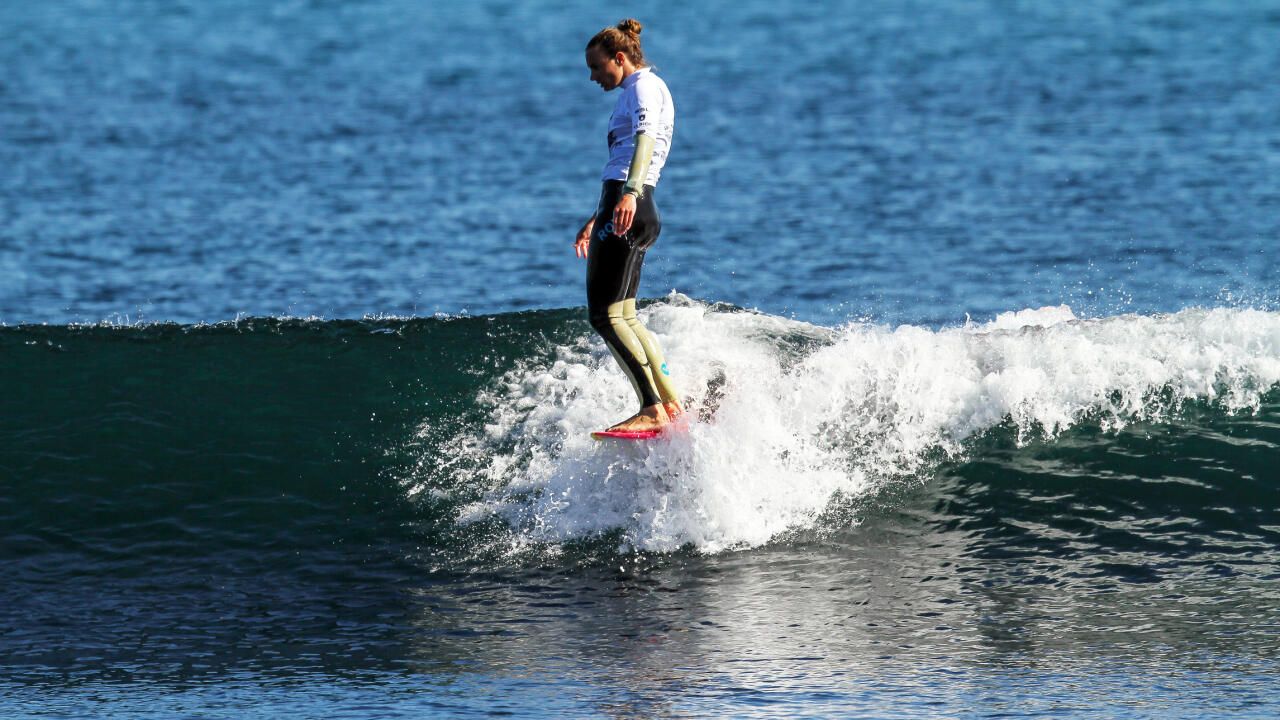 "I'm feeling pretty excited leading up to the Whalebone this year," Young said. "It's always my favourite event of the year. We have been having a pretty good run of swell so far this winter so hoping it continues and we get some really good waves for the Whalebone."

Like Jensen, Young believes the Whalebone is one of the best contest on the LQS not only for competitors but for spectators and fans.

"It's such a great event, it always pulls in such a crowd of both surfers and the general public. The break is at such a unique location with easy access for spectators. People walking past always stop to have a look and watch some of the event. For me it's great too as it's my home break so all my friends and family come down to the event to cheer me on and watch some of the world's best longboarders compete. I feel confident with my surfing and my knowledge of the break so for me it's a great event to really let go and surf my best."

The Whalebone LQS event also incorporates a host of amateur divisions which allows the best longboarders in WA to rub shoulders with the world's best. Surfing WA's Justin Majeks loves seeing this integration during the event.

"Surfing WA is really excited to be presenting the 19th annual Whalebone Classic," Majeks said. "This is one of WA's longest running and most iconic longboarding events that continually attracts some of the world's best longboarding talent to the shores of Western Australia. It's a great opportunity for our local talent to compete on home soil, in a professional event, alongside some of the best longboarders on the planet. The event has attracted multiple world champions over the years and we're hoping that 2016 is no different."