To celebrate the Fiji Pro and the launch of Swell Dwellings, Airbnb and WSL offered one traveler the chance to stay on Wadigi Island -- with a staff of eight -- for $10 USD. - WSL / Wadigi Island Resort

At 7:30 a.m. Friday morning Fiji time, Hawaiian Chase Caffey checked in to the type of resort that most people only dream of: Wadigi Island, just a boat ride from Cloudbreak, where the island's owners, Tracey and Jim Johnston, and their staff of eight awaited him. Caffey was the guy with the right timing, a love of surfing and a dream (not to mention, a successful GoFundMe campaign) who booked a 24-hour stay on the island for just $10 USD.

The booking opportunity marked the launch of Swell Dwellings, the World Surf League's new partnership with Airbnb, which offers surfers, fans and travelers the ultimate way to book accommodations around at some of the best, most sought-after wave destinations in the world. Wadigi Island teamed up to create the opportunity, to commemorate the Fiji Pro. 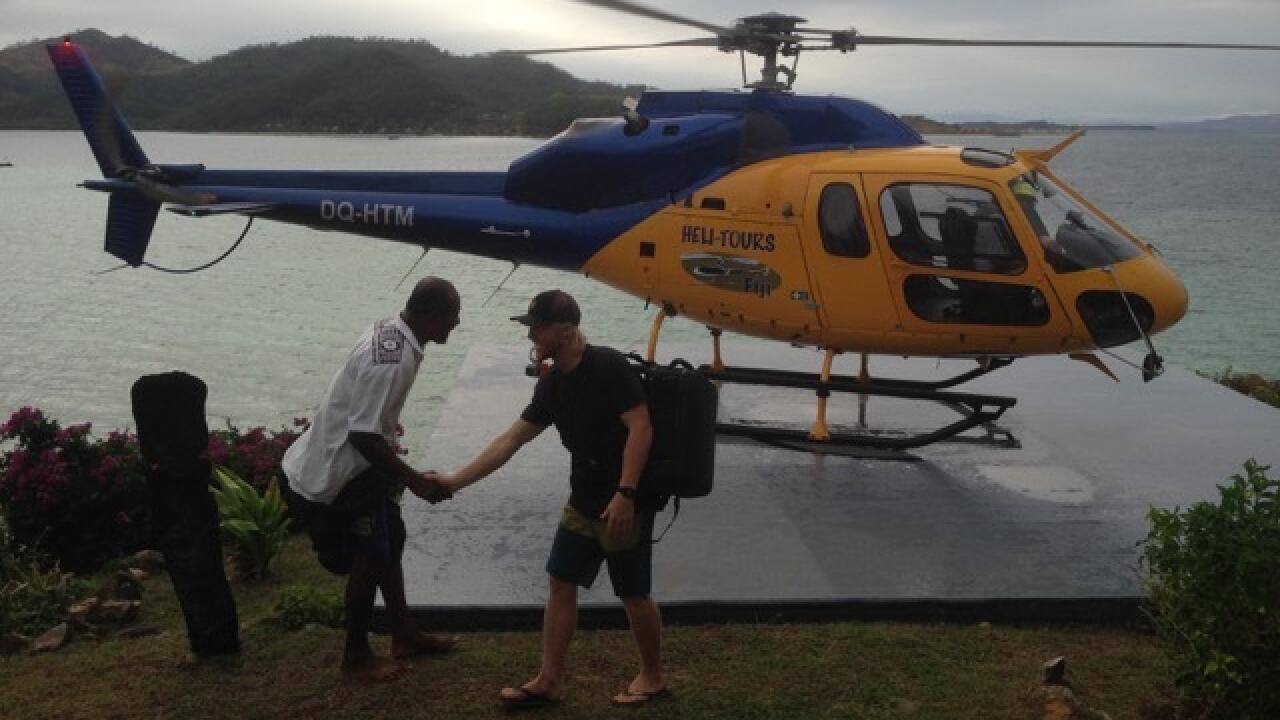 Caffey landed on Wadigi -- with a GoPro camera in his mouth -- Friday morning local time. - WSL

In order to experience this once-in-a-lifetime opportunity, both timing and luck were on Caffey's side. "I was watching the Fiji Pro at about 8:50 a.m. when they announced there would be a chance to book," he said.

"Then I heard Pottz or someone say that the booking window would be opening at 9. So I was watching the clock and began all the steps at 8:58 -- by 8:59 everything was already entered so once the clock hit 9 I just clicked and hoped for the best. I figured someone else had got it when I got the message confirming my stay! 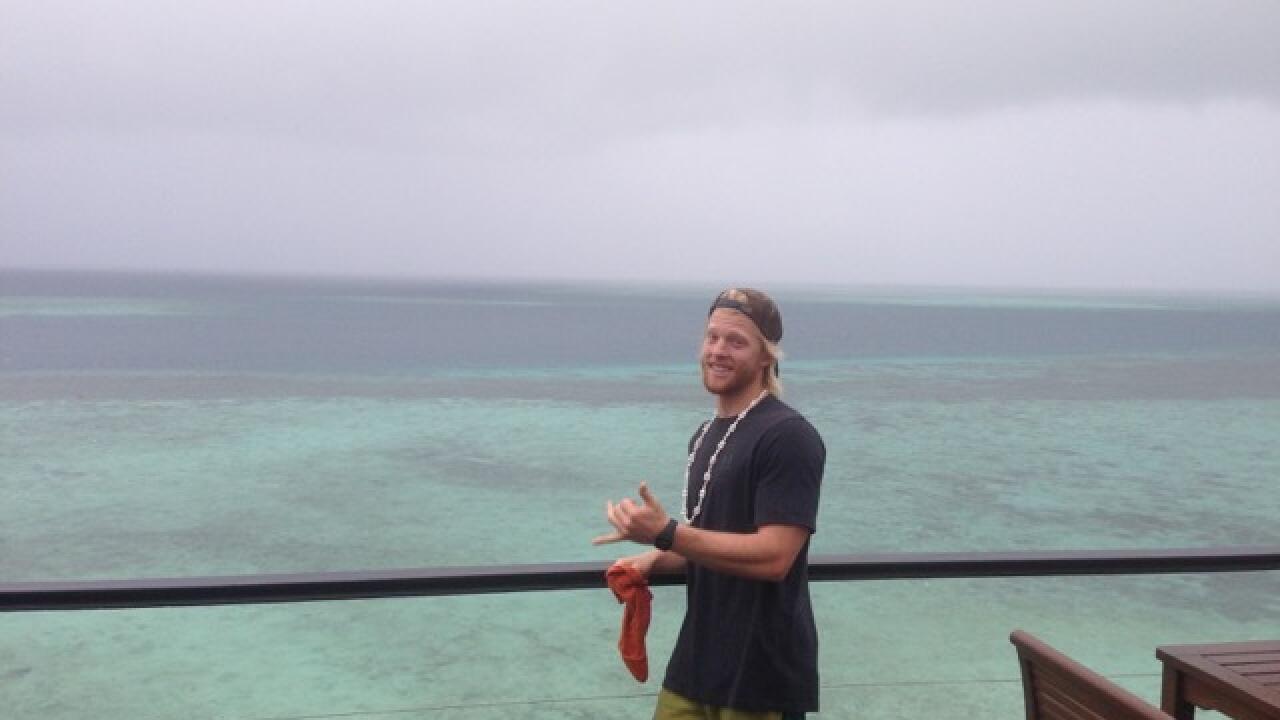 Caffey took in the view from the deck at Wadigi. - WSL

"Naturally," Caffey continued "I did some air guitar solos and Fijian dances to celebrate, along with singing and actually playing my guitar loudly to cope with the shock of it all. I thought it helped -- the neighbors sure didn't."

Booking the island paradise was the easy part. Now, Chase had to find a way to get to Fiji. The resourceful musician set up a GoFundMe page, hoping that he'd find a way to make it to paradise -- and it worked.

"It feels good to know that there are people out there that have the kindness to give to someone they may not even know," he said. "My brother, who also chipped in, said I have to help him pay his student loans back now that he supported me. But I hope he likes big hugs, cause that's about the only currency we'll be able to agree on."

Highlights: First Cuts in Fiji
1:35
For 24 hours, Chase had boat-side access to everything that Fiji has to offer.

Originally from Mississippi, Caffey got his first taste of island living at 18, when he went to work for his dad's construction company in Hawaii. He eventually moved to the Big Island and hasn't looked back. In addition to music production, he also works with a missionary group, and spent five months volunteering in Fiji.

This time around, however, his experience there was focused on surfing more than service. Wadigi co-owner Tracey Johnston took Chase to Cloudbreak, while the WSL gave him a tour of Tavarua and went behind the scenes of the broadcast. When he's not being interviewed on Dawn Patrol or chasing a few waves himself, he got to enjoy a private chef, private boat and captain, a pool and wealth of WSL Fiji Pro merchandise. The WSL helped welcome Chase to Wadigi with a few gifts. - WSL

Perhaps best of all, he'll get to spend time with the Johnstons, who left their urban lives in Brisbane, Australia, for Fiji's white, sandy beaches for good.

The couple had only been to Fiji once before they thought about becoming full-time residents. "We did that thing where you lie on the beach and think, what if?," said Tracey. Around the same time, Jim's corporate life was becoming increasingly stressful, and the two decided to take a chance. 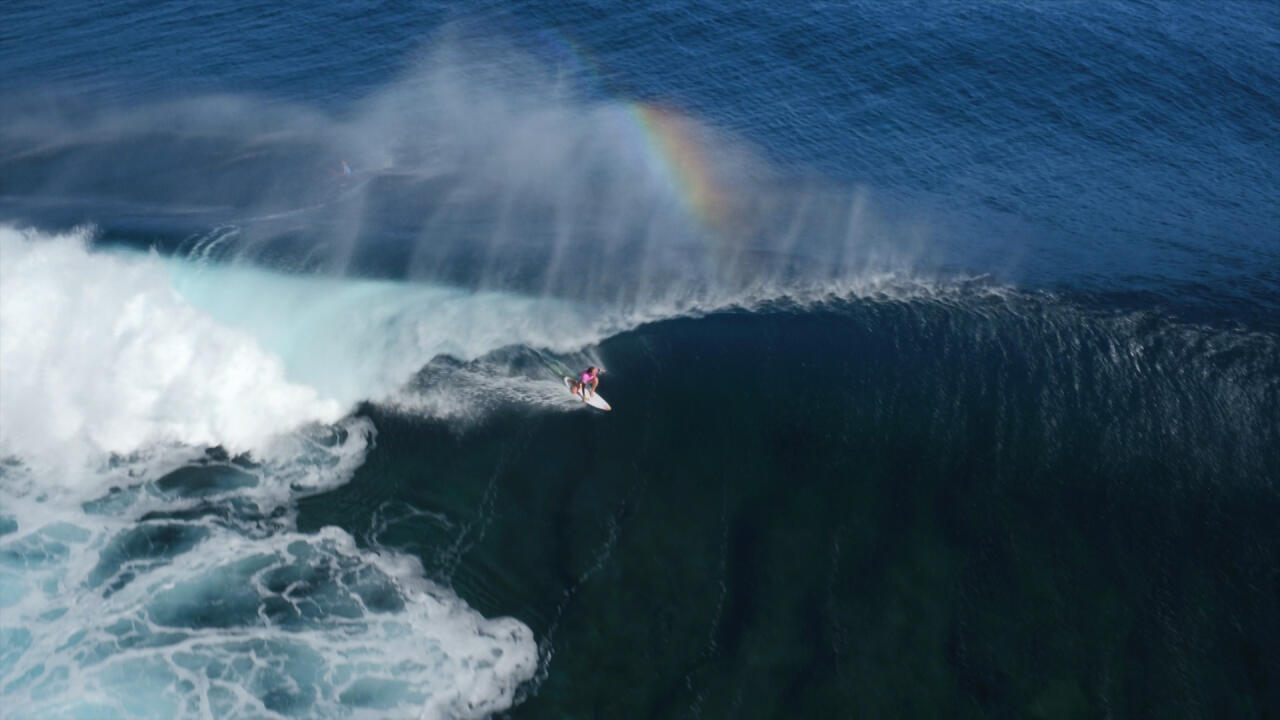 Caffey's modest agenda in Fiji: Surf one wave, and savor it forever. - WSL

Of course, life in paradise isn't all fun, all the time. There are cyclones, and sewage, and power problems, and desalination... wait, who are we kidding?

"We live in paradise," Tracey said, "and we also get to spend our time living with Fijian people. Fiji is special, and the Fijian people make it so."

And as for Caffey? His goal at Wadigi is simple, too. "I just want to surf one wave. One beautiful Fijian wave of glory and check it off my bucket list. In the words of country singer Thomas Rhett, 'I could die a happy man.'"