Although there was a slight decrease in size, consistent waves in the 6-foot range (2 meters) were still on hand at El Gringo for Day 4 of the WSL QS 1500 Maui and Sons Arica Pro Tour. Tomas Tudela (PER) led the charge for Peru, as he became the first surfer to guarantee a spot in the Semifinals by defeating Lucas Chianca (BRA) in Heat 1 of the Quarterfinals. The young surfer from Brazil had been a standout performer throughout the contest by displaying his talent and competitive savvy in overhead conditions at El Gringo. However, when a light onshore breeze started blowing, wave selection proved to be a deciding factor. Tudela paddled into the best wave of the heat and earned an 8.67 from the judges after getting spat out of a deep barrel. Chianca fought back, but ended up coming short with a final score of 11.67 to 11.53 in Tudela's favor.

"Wow that was a really intense heat," said Tudela. "I was lucky enough to score a high-8 right at the start and after that I just wanted to find a good backup score, but nothing really good came after that for me, but Lucas almost pulled it off. This is my best result ever at a QS event and I'm going to give it my best tomorrow." Conditions continued to deteriorate in the following heat, in a low-scoring battle. Dean Bowen (AUS) got off to a quick start by scoring a 3.83 and a 4.67 on his two best rides. As the last Chilean surfer remaining in competition, Manuel Selman (CHL) countered by catching the best wave of the heat of a 5.60, but only earned a 2.13 as a back up and was defeated by the Australian by a score of 8.50 to 7.73 respectively. Bowen advanced and will face Tudela in the Semifinals.

In Heat 3 of Round 3, Guillermo Satt (CHL), the 2011 winner of the Maui and Sons Arica Pro Tour, ended up being eliminated along with Jeronimo Vargas (BRA) by Martin Jeri (PER) and Alvaro Malpartida (PER). They showed that Peru is a country to be reckoned with at the heavy reef-break. 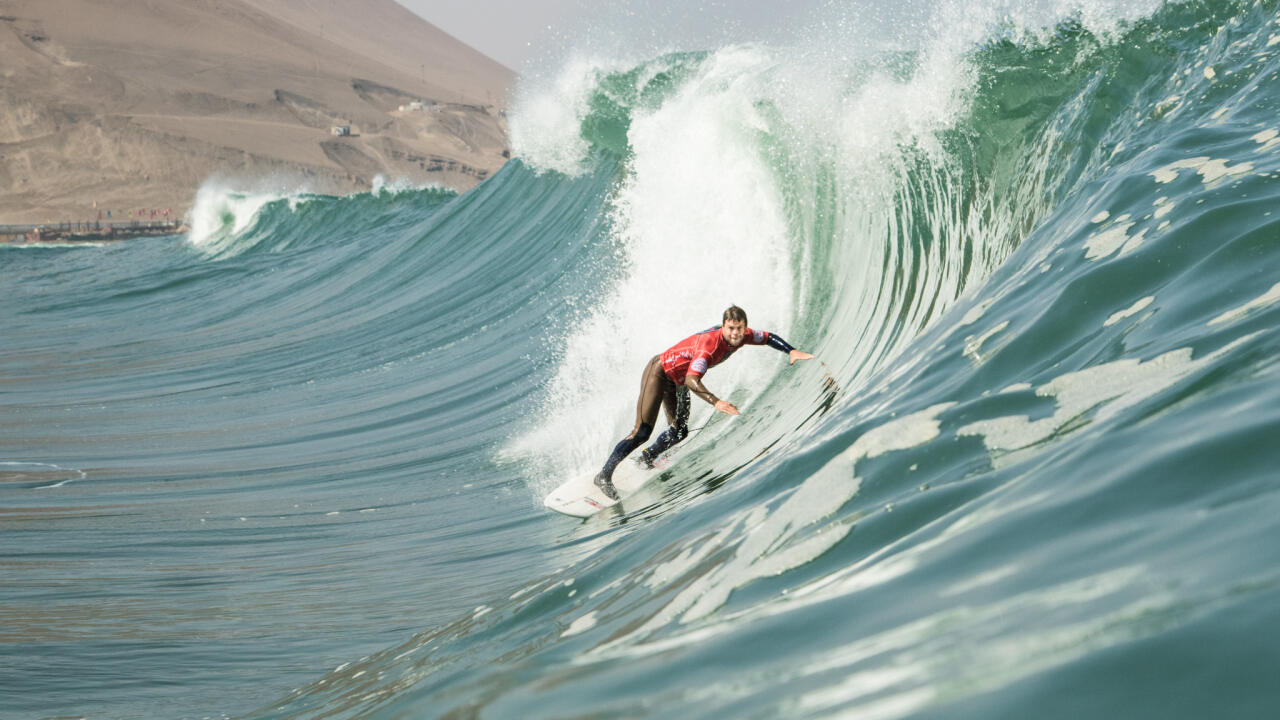 "It feels good to win that heat against such good surfers," said Jeri. "The waves are pumping and there are some nice barrels out there. The hard part is competing against your friends, but you always want to do your best."

When asked about the inherent difficulties competing at El Gringo, Jeri had this to say:

"The waves are breaking really close to the rocks, so it's very shallow, but that also helps shape the barrel -- and that's what we're all going after here. I was lucky enough to find the best waves in the heat and it feels great to advance into the Quarterfinals." Despite the valiant effort put forth by the surfers from Peru, it was the lone European surfer left in the contest, William Aliotti (FRA) who received a 9.10 from the judging panel for catching the barrel of the day on a left-hand bomb.

Although he earned the highest single wave score of the day, Aliotti paid a steep price by taking a beating at the beginning of his heat. He will now be matched up against Alvaro Malpartida (PER) in Heat 4 of the Semifinals.

"I had a really bad wipeout on my first wave and went over the falls with my board," recalled Aliotti. "The waves were difficult, so I tried to stay busy and catch a lot of waves. But it's really complicated out there. It's very shallow and you don't really see it, but there's a lot of water moving around. I'm happy that I got a really good score again and I hope they keep coming tomorrow." With a forecast calling for a decreasing swell, Friday will be the final day of competition at the 2016 WSL QS 1500 Maui and Sons Arica Pro Tour. The winner of the event will be awarded U$ 10,000 in prize money, 1,500 Qualifying Series ranking points and an additional 1,000 WSL South America regional ranking points.