Rob Trujillo has surfed all over the world, but it was his music skills, not his surfing, that paved the way. Trujillo grew up in Los Angeles, where he ended up playing in cult bands like Suicidal Tendencies, Infectious Grooves, Ozzy Osbourne, and for the past 13 years, Metallica. The band now resides in the Rock n Roll Hall of Fame.

Despite a career path that leaves him landlocked for months at a time, Trujillo remains a surf-stoked grommet at heart. 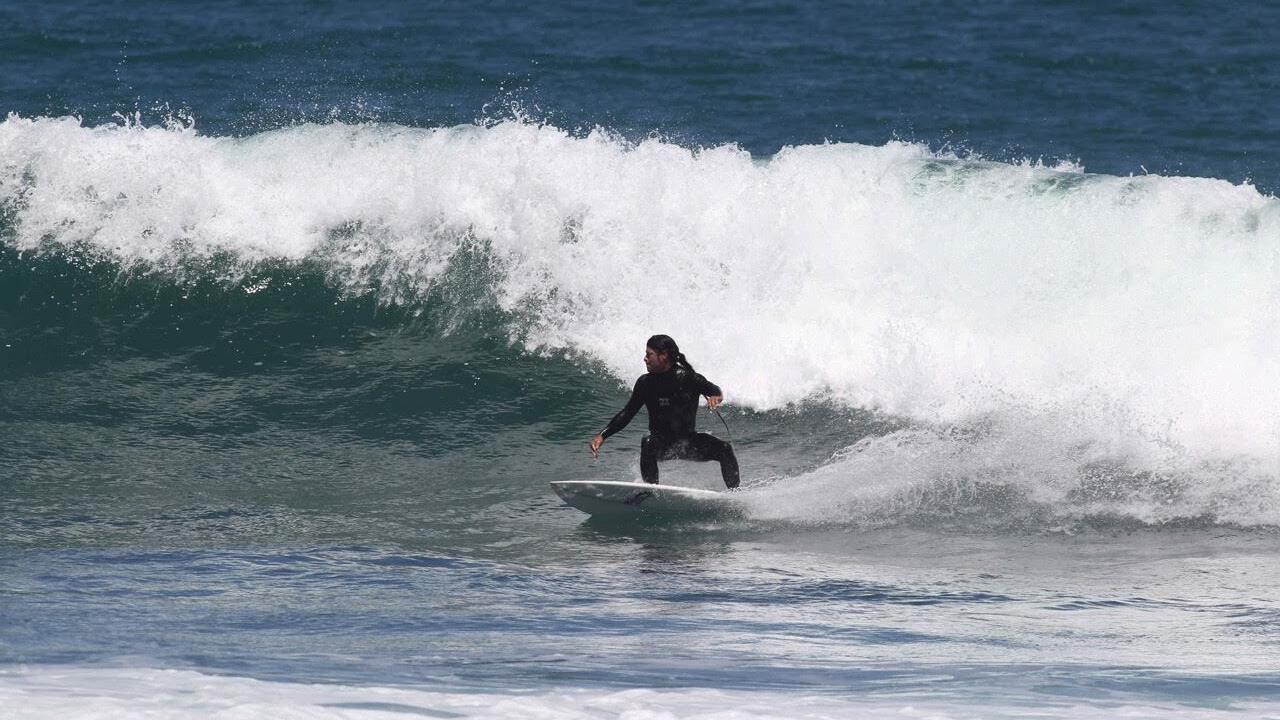 Trujillo rounding the corner at Bells Beach during a recent swing through Australia. - WSL / Steve Ryan

What were your early surfing influences?
I used to read a local California surf mag called 'Breakout,' which featured mostly surf and skate locals from the L.A. and the Southern California area. Local Dogtown legends like the late Jay Adams, Allen Sarlo, John McClure, and some South Bay rippers, like Kelly Gibson -- who is now head of Rip Curl. I remember seeing Sarlo pull up in his nice blue convertible Mercedes at the Venice Breakwater. He'd wave at us and we'd be stoked. He still rips.

Where did you learn to surf?
My first wave was a waist-high left off of the north side of the Venice Breakwater. I'll never forget that feeling. I think we all remember our first wave. 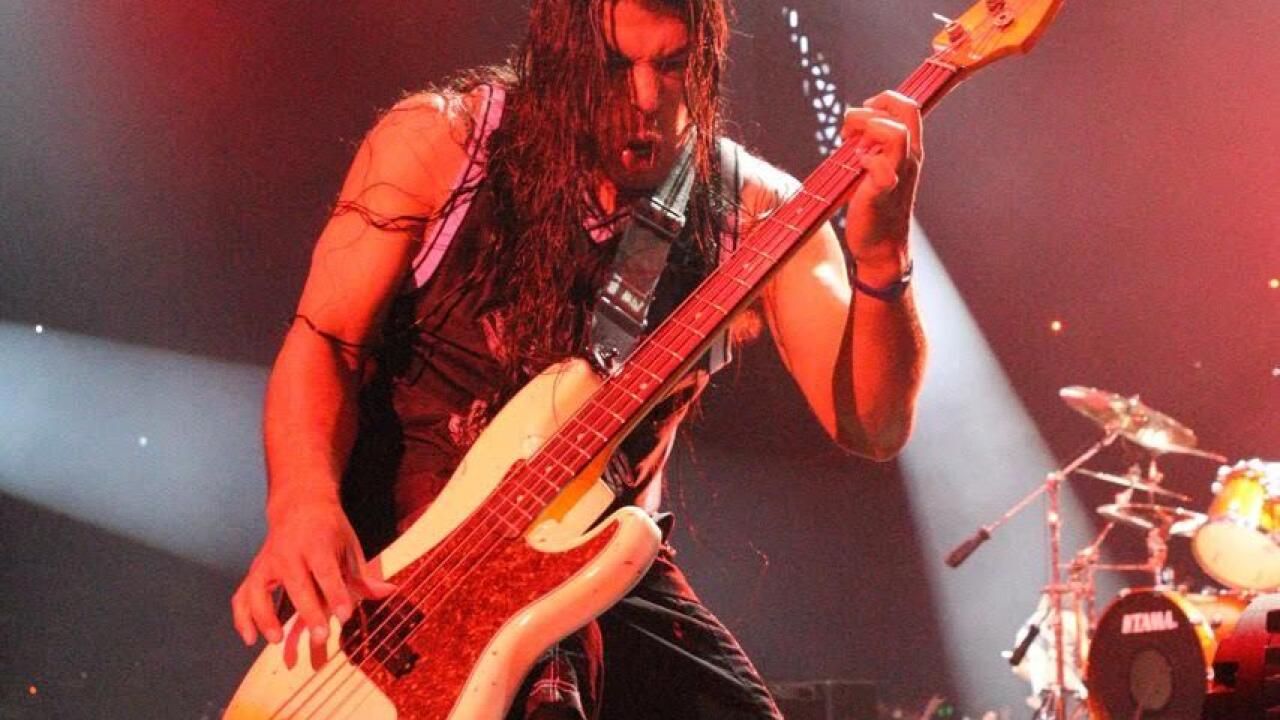 The work is rough, but the perks are nice. Trujillo, rocking his night gig. - WSL / jeff@metclub

When and how did your music career begin?
Music was all around me because my parents were still young enough to party and dance to all styles of music. It was the '70s, so it was a funkified world back then in our household. Jazz, Rock, R&B, even classical music! My dad played flamenco guitar, that's where my finger technique for bass guitar comes from, watching him play. But the heavy funk rock bands of the '70s really inspired me to play electric bass, from Led Zeppelin, Black Sabbath, to James Brown, and even Parliament Funkadelic.

In the late 70's and early 80's I really got into Jazz Rock, better known as 'Fusion' because electric bass became more of a highlighted instrument, which included bass solos, and that's when I discovered Jaco Pastorius from the band Weather Report. I eventually made a documentary film about Jaco, which took six years! It was actually the ocean that helped us get the film over the finish line. My director, Paul Marchand, is a surfer, and surfing was the best way for us to communicate -- out there under the sun in the salt water catching waves, working it out. Doc filmmaking is a huge challenge.

I remember seeing Sarlo pull up in his nice blue convertible Mercedes at the Venice Breakwater. He'd wave at us and we'd be stoked. He still rips.

How did you split time between surfing and music as a kid?
I grew up on the Westside of Los Angeles, where surfing and music go hand in hand. Most of my early musician friends were punkers, skaters, or surfers, who all loved music, and even had their own bands. So there was an inspired energy to do both -- lots of backyard parties, and brawls, all close to the beach. 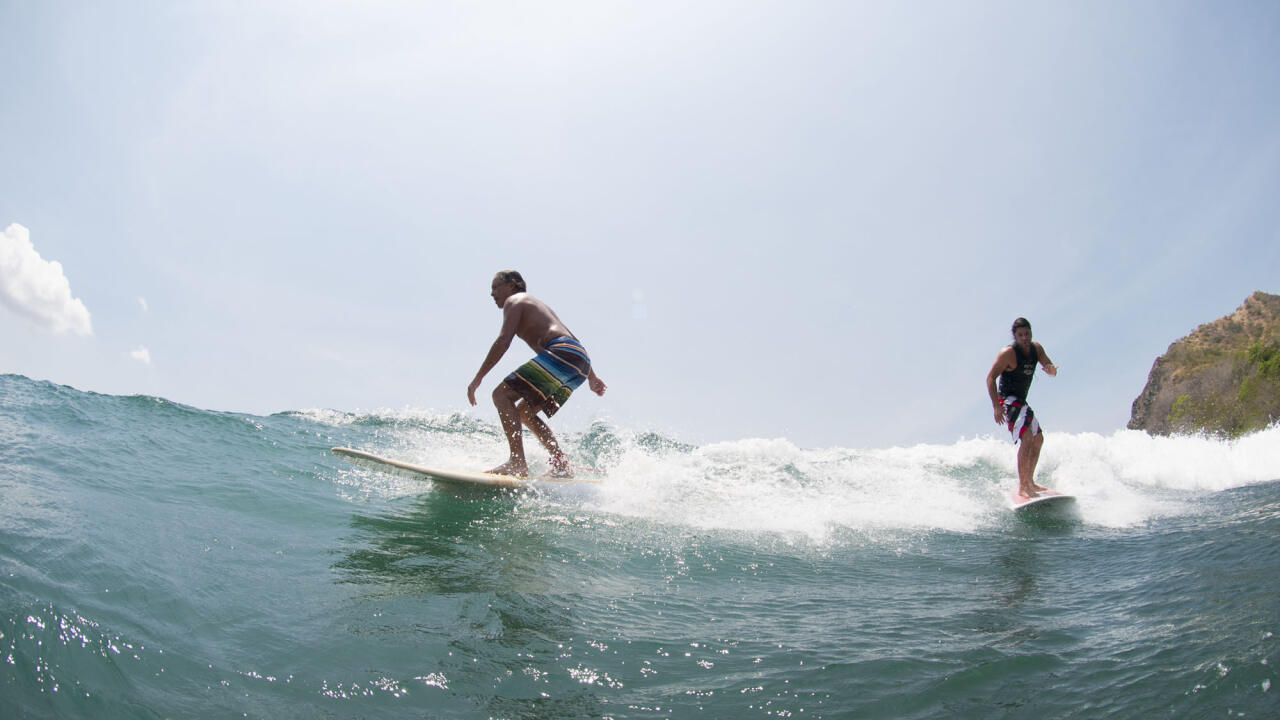 Rob Trujillo and fellow Metallica guitarist Kirk Hammett get in the water every chance they get, but it's still not enough if you ask them. - WSL / Pat Stacey

When I was 17 I had a bass teacher, Brad Cummings, from Hermosa Beach. He rips on bass, and he still rips on a short board. We've reunited in recent times. He has a music school, a school of rock for young inspired musicians in the Long Beach area. He's a legend to me, full respect. Anyway, I would almost always think about grooves and drum beats when I'm in the water, so I take my music into the ocean with me.

How often are you actually able to surf these days?
I surf as much as possible when I'm home. I'm 52 years old now, and I feel like I'm surfing better than ever, so as long as my body holds up... lol.

Surfing and music go hand in hand. Most of my early musician friends were punkers, skaters, or surfers, who all loved music, and even had their own bands.

Do you and Kirk (Hammett) get to surf often while touring?
That's always our goal, to find some waves on tour. When we're in Europe, if shows offer the opportunity to hub out of a beach town like Biarritz in France, or Caiscais in Portugal, we're on it! In Australia it's like a surf tour with a few shows thrown in the mix...lol. Trujillo is always open-minded when it comes to boards, leaning toward anything that offers an ample supply of speed. - WSL / Jesse Faen

It's funny because Kirk and I really connected through surfing and that's how I got the opportunity to have an audition. in fact when I got the call to come play with Metallica I was on a two-week surf trip in Tahiti. Imagine checking your voicemail and hearing that message from across the Pacific Ocean, "Hey Rob, come f-in' jam with 'Tallica."

Curious to know which surfers you've become friends with over the years?
In Oz I'm still super tight with Jay Phillips, and Sam Carrier from Billabong who lives in Hossegor, France. Christian Fletcher is a good friend; we used to do a lot of snowboarding together as well. I'm also tight with some of the local pros here in L.A. I recently had a surf with Brad Gerlach at Topanga. He's always been super cool with me. 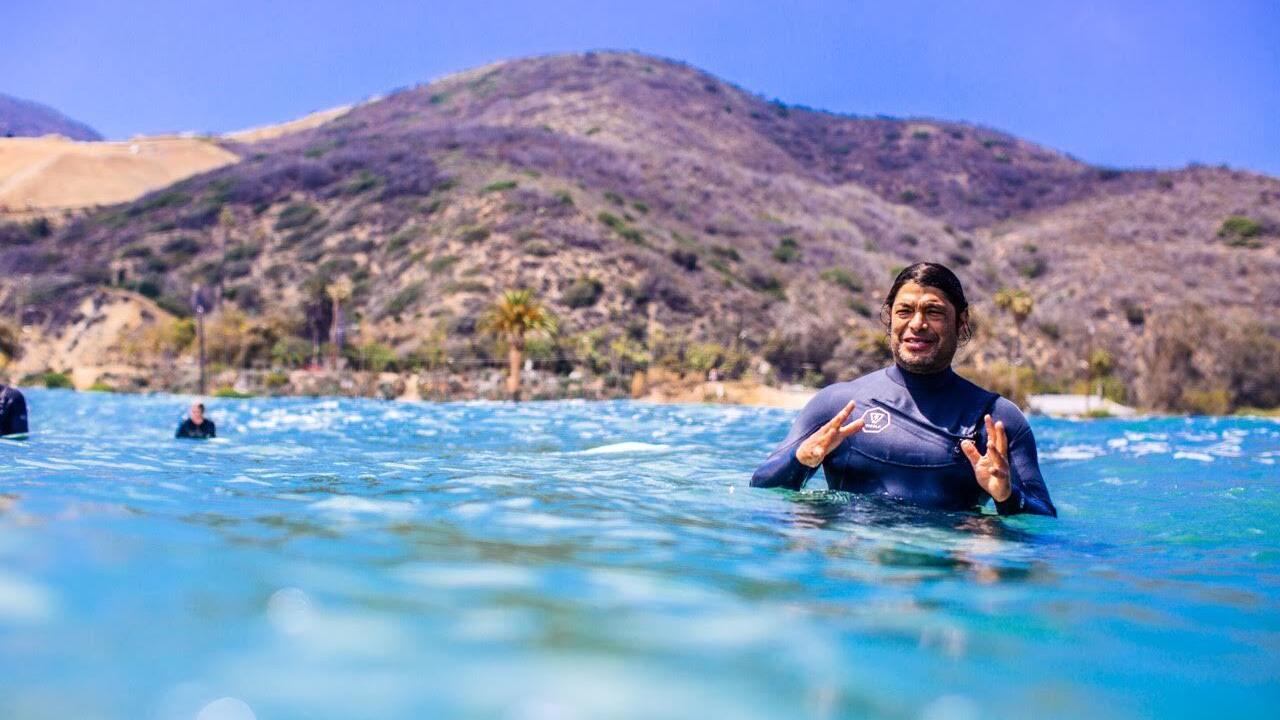 Trujillo's perfect day will always involve getting in the water. - WSL / @davyj0nes

You've always remained healthy. What you do to stay in shape for your touring lifestyle?
As you get older you must listen to your body, that means embrace the transitions and changes that life throws at you. I like sprints, and drills on the field, no more heavy weights though. I'm still recovering from years of heavy weight training back in my 20's. Drinking is minimal these days; I hate hangovers! Plus I'm married with children, and I need to take them to school in the early morning.

Drinking is minimal these days; I hate hangovers! Plus I'm married with children, and I need to take them to school in the early morning.

Do you follow the WSL contests?
I would love to see Teahupo'o live. That would be great. I'd be down to get back to Bells Beach as well.

Any favorite surfers you want to mention, past or present? There are so many incredible surfers with power and style. I've been blessed… Jay Phillips has an amazing style and surfs with me in Oz. Slater, Machado, Tom Curren. Of course the touring pros, from Mick Fanning to Jeremy Flores -- both are super wonderful humans. Gabriel Medina is ridiculously great. I'm still diggin' Sunny Garcia, Gerlach, all the Fletchers.

What surfboards you are using these days?
I just connected with a fresh badass 6'2" Hayden Hypto Krypto. I had a blast with it in France. Super reliable for travel, super versatile. And my treasured 6'1" DHD, which was hidden at our Metallica studio for about 10 years. Mick Fanning had it made for me a while back, freakin' killer stick. I always like to reunite with a lost treasure. It's like finding that guitar that went missing, and it just sings.