With a good-looking forecast for the Hurley Pro at Trestles Ross Williams was quick to make his Fantasy Picks before heading into the weekend. We caught up with him to investigate his line of thinking. Jordy Smith sat out the 2015 Hurley Pro due to injury. But he did moved into a house within biking distance of Lower Trestles, where he won in 2014. - WSL / Rowland/ ASP Handout

WSL: Okay, so the first thing we noticed is who's not on your team, and that's your buddy Kelly. He's the most successful surfer out there, ever…so explain.
Ross Williams: That was a tough one. It's a huge risk. But it's really more about playing the game. I think everyone is going to have Kelly because he's been so dominant there, so I'm trying to break away from the crowd on this one. I know he's going to be ripping, too. This is one event where Kelly likes to get motivated. But he's got a pretty tough Round One heat with Filipe Toledo and Jeremy Flores. Florence will be entering the Hurley Pro this year wearing the yellow jersey for the first time. - WSL / Rowland

Are you feeling confident with John John and Jordy being your Tier A guys?
Not exactly. (Laughs) But I like them both. They were in the Final out there together in 2014, so I know they have it in them and they perform well there. Last year, Jordy didn't even surf in the event -- he was still injured. And John John had a bit of a blunder against Micro, but he was also still dealing with his high ankle sprain at that point, too.

But when I look at their surfing, they're both really good on the big moves, and they also perform well on the wave face, which is a huge part of surfing Trestles. I think they've both got a good chance the conditions that are being forecasted, which look good. Italo Ferreira gets a ton of attention for his forehand aerial game, but he's no slouch on his backhand. - WSL / Kirstin Scholtz

You've got Fanning, Italo, Filipe and Josh Kerr as your Tier B picks. Who were some of the tougher people to pass on in this group?
Well let me add a caveat for this one by saying this was super tough, and I may get there and change my picks after watching some warm-up sessions Monday and Tuesday. If I do I'll keep you posted. To be honest, the tough guy for me to leave off here was Michel Bourez. I really think he's a threat out there and he gets overlooked very easily. Kolohe's another tough one but he hasn't put it together out there yet. Parko surfs insane out there. This was tough. No end section is safe when Filipe Toledo is approaching at full speed. - WSL / Kirstin Scholtz

Is Italo good insurance if the lefts are prominent?
Yes, but to be honest I think he's really dangerous on his backhand. He's got an incredible backside off the top that I think, again, is overlooked.

Do we need to bother explaining a Mick pick out here?
Not really. I mean, he's won the thing twice. He's defending champion. He's coming in pretty refreshed and stoked after his J-Bay win. This is the last event he's scheduled to surf for the year, so he's going to be pretty fired up. And Mick at Trestles is just amazing to watch. 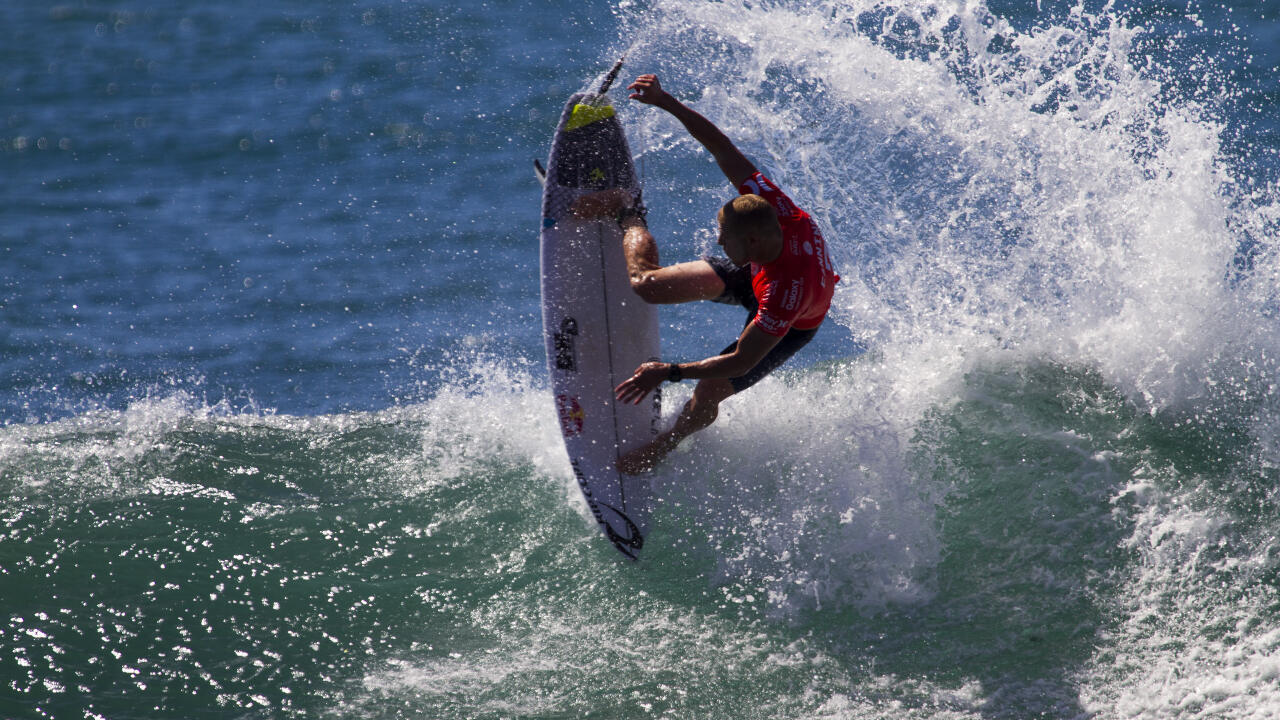 Yes, he's one of the purest surfers on the planet, but Mick can still throw it around, as he showed during his 2015 victory. - WSL / Kenneth Morris

Okay so how'd you land on Filipe and Josh?
Filipe is super explosive out there. That's basically his home break now and he was just ripping last year. He lost a super close one to Adriano in the Semifinals last year, and to be honest, I though the won that heat. So I haven't forgotten that. As for Kerrzy, really I'm just tired of missing the boat on him this year. He's put up some great results lately and he looked really good at J-Bay, which was actually a bit more like Trestles this year.

You've got Stu Kennedy and Alejo Muniz for Tier C guys. You thinking we'll see a bit of the Stuey we saw at Snapper here at Trestles?
I do. I think he's perfect in waves with faces like Trestles. He's got that whip; he'll do some sick tail drifts, and he's got that pretty gnarly Andy-like grab rail turn too. I think his Sci-Fi will be a good fit for that wave. Joel Parkinson is always one of the most beautiful surfers to watch at Trestles, but that doesn't always mean he's a great Fantasy pick. - WSL / Kirstin Scholtz

As for Alejo, there were sort of two things at play. Number one is he's damn good out there. He's always one of the better performers. The other is I was thinking about going with Jack Freestone, but wanted to avoid early friendly fire. Jack's in the same heat with Italo. It was the same issue I ran into with Michel Bourez. Michel is in Alejo's heat. Jack's in Italo's. You have to try to avoid that stuff whenever you can. Finally, I notice two of the three title contenders aren't on your list. Bold call?
It's risky for sure. It's never easy leaving Gabe off the list. You know he's going to be in the mix. I'm not as worried with Wilko, because he just hasn't done as well out at Lowers in the past. but if the rights are lining up and he can get his backside hooks going again he's going to be gnarly. Still, that's the tough thing with Tier A. With Kelly sneaking into the Top 8 for this event that decision got a lot tougher.

The Ballito Pro presented by O'Neill Day 2 gets underway in three-to-four foot surf for men's and women's opening rounds.