"When I was a little girl," said Keala Kennelly, accepting her award for Barrel of the Year, "I kept getting told I couldn't do things because I was a girl. I was told that women can't surf. That women can't get barreled. That they can't surf Pipeline or paddle into Jaws…" 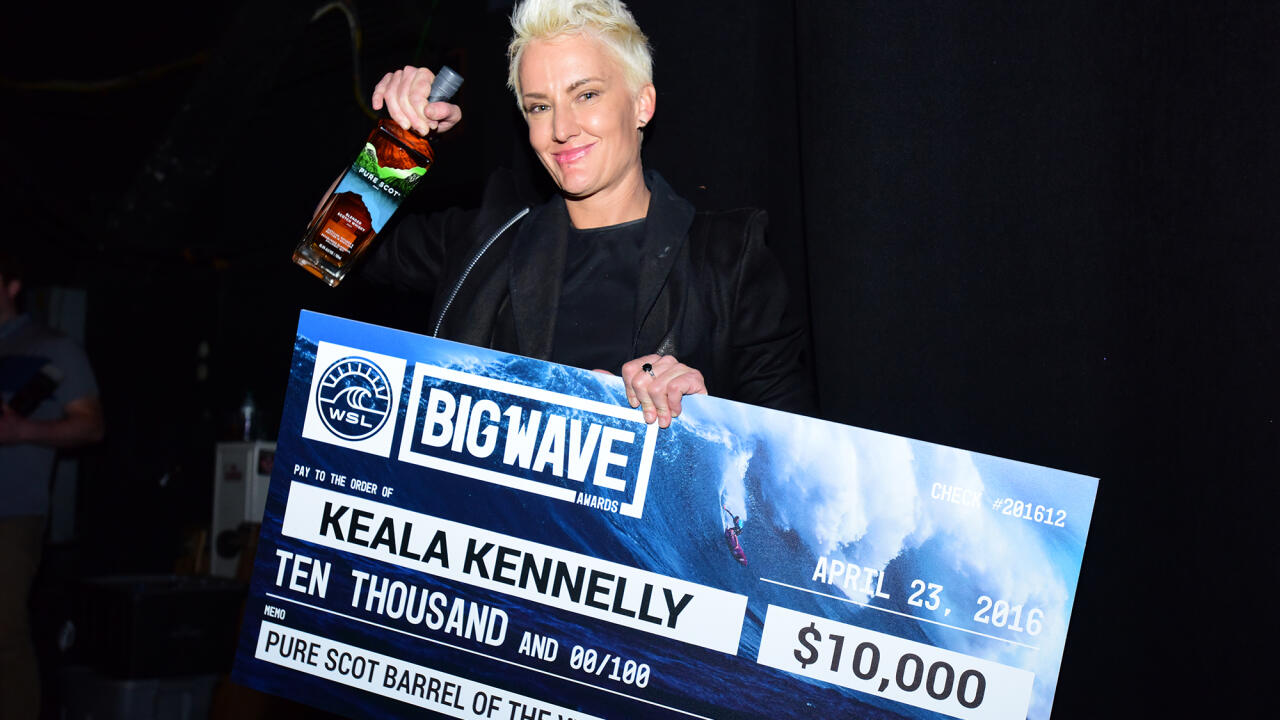 Big ole check for a big ole tube. Hats off to Keala's Barrel of the Year award. - WSL

Indeed, the wave was frightening. Massive, gaping, deadly Teahupo'o. The size you could fit a semi truck in. But a semi truck was not in the tube: Keala Kennelly was. And not on the shoulder, not outrunning the lip, but deep inside that monstrous cavern. The wave that would make anyone cry. - WSL / Brent Bielmann

In a true milestone moment for women's pro surfing, Keala was not only nominated, but won the Barrel of the Year Award at the Big Wave Awards, outclassing big wave chargers like Greg Long, Ian Walsh and Mark Matthews in the same category.

Keala was Nominated for Performance of the Year
Best female big wave surfer of 2013.

Kennelly continued, "So who I really want to thank is everyone who told me 'you can't do that' because you're a woman, because that drove me to dedicate my life to proving you wrong. And it's been so damn fun."