Waves are immense sources of energy. Even the head-high variety harness an incredible amount of power. And at big-wave breaks like Puerto Escondido, these incredible bursts of energy become almost immeasurable during huge swells. But what separates big-wave breaks from the rest? Why, for example, will Puerto Escondido be three-to-five times bigger than almost every other spot on the coast during the next big south swell? With the help of our forecasting friends at Surfline, and San Clemente surfer Charlie Fox, who does near-shore forecasting for the US Navy, we break it into these three simple factors. 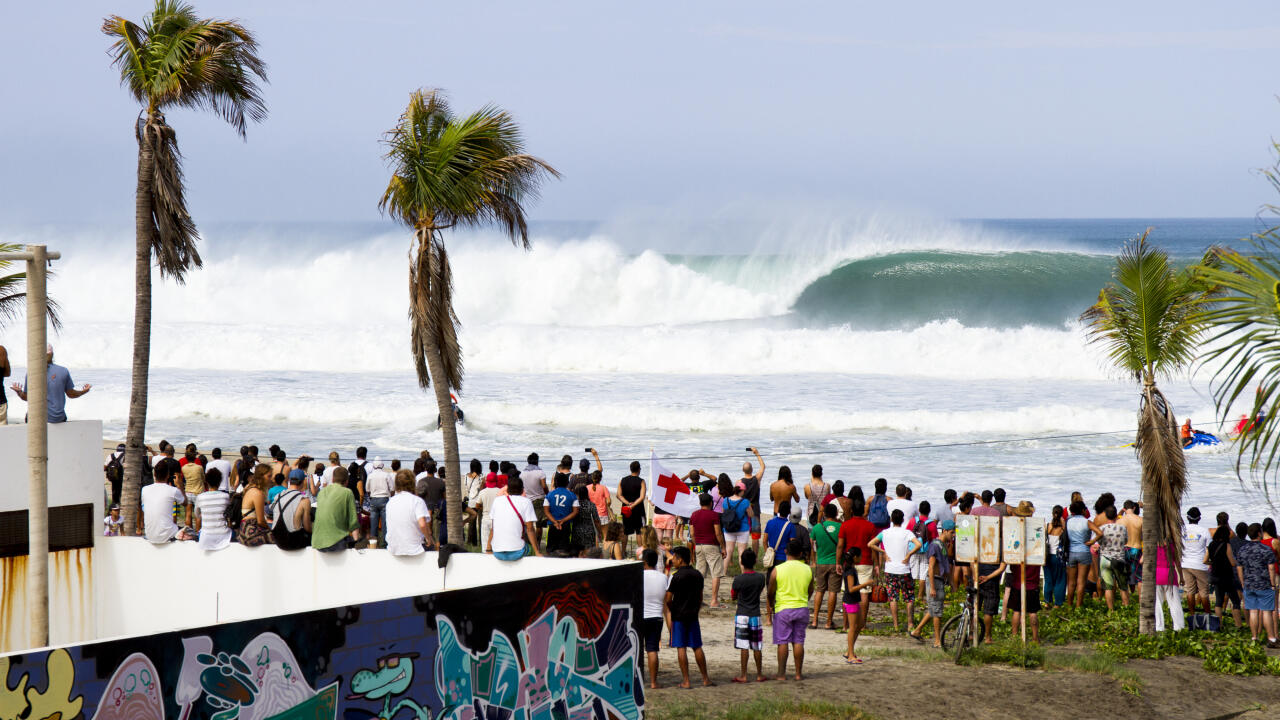 Another massive pulse of energy finishes its journey across the Pacific in dramatic fashion at Puerto Escondido, where the Big Wave Tour will return Monday for the first stop of 2017. - WSL / Tony Heff

Get the full Surfline breakdown of Puerto Escondido here.

Behind every big-wave break is a huge amount of ocean that allows for waves to march thousands of miles uninterrupted. Forecasters call this the fetch. As waves travel across the ocean from their original storm source they're groomed into formation. Bigger swells organizing themselves into giant walls of water that can range in intervals. During medium-size swells the waves are 15 seconds apart. During huge ones, they're 25 seconds apart. The longer the period between each wave, the more powerful it is, and the deeper it is reaching toward the ocean floor.

When Puerto Pumps
2:51
All the incredible moments from the final day of competition at the Big Wave Tour event in Mexico.

Every surf break on the planet has its optimal swell window, but each is different. Some spots, like Puerto Escondido, have wide-open bay windows capable of panoramic views. Others, like Santa Barbara's Sand Spit, or Mundaka in Spain, are tiny portholes by comparison. Waves will only find breaks if they're marching through the proper swell window. Fortunately for Puerto Escondido, its coastline faces directly into the South Pacific's biggest storm generator. It's open to everything happening in the Pacific from 280 degrees west to 163 degrees south-southeast. Only a few islands near Tahiti present any real blocking (known as shadowing) challenge. While most of the storms in from the west are locally generated, it's the big swells between 225 degrees and 180 degrees that make Puerto pump into the XXL category. Damien Hobgood prefers the lefts down the beach when they come. These peaks usually sweep up to the north after being refracted around an offshore ridge. - WSL / Mariana Marenelmar

While the above factors are the prerequisites for having swell, what really gives Puerto Escondido its powerful personality is its bathymetry. "The bottom is everything at big-wave breaks like Puerto," said Fox, who notes that just off the coast of this stretch of beach are a series of underwater submarine canyons. One of the canyons has a finger that points directly to the northern half of the beach. Any chunk of swell traveling up that canyon is able to preserve its deep-water height, because it's not being slowed by the near-shore ridges that might be forcing the same wave to slow and bend down the coast. "Canyons create a lensing affect," Fox explains. "The waves that come out of there get combined with other waves that have been refracted around shallower ridges down the way. Those waves swing and turn like spokes on a wheel. When the two are folded together that's when you get that massive-A frame effect, and the peak can easily triple in size...When these swells are coming from the South Pacific at the right angle, that's when Puerto starts doing its thing. It has very distinct peaks. There's the big right further up the beach that all the regularfooters love, and another huge peak in the middle where you'll see those massive lefts come through. It's an incredible freak of nature." The righthander up the beach at Puerto Escondido is the result of some fascinating forces. - WSL / Tony Heff