The Longboard Qualifying Serires (LQS) is back in North American. - WSL

The event will run at First Point, Surfrider Beach, Malibu, and the winners will receive spots on the 2018 LT for a chance at a World Title.

Event owner and LT competitor, Kirra Kehoe, came to WSL North America with the conceptual idea of running a qualifying event alongside their Miss Malibu Pro to help provide this opportunity for surfers. Regional competitors haven't had recent opportunities on home turf to gain experience, nor the ability to qualify for the LT, and have traveled the globe for events. But, Kehoe now hopes that this will become a staple event for North America longboarders. 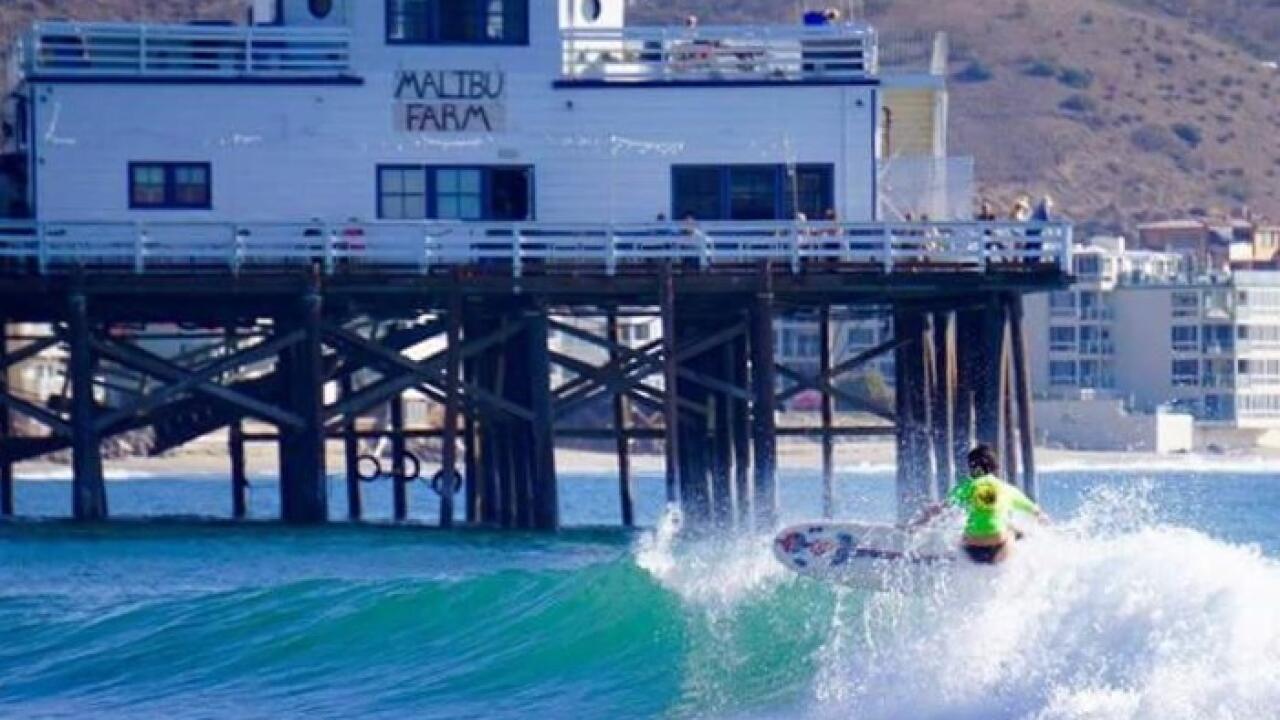 "The Miss Malibu Pro has always been a lifetime dream of mine and fellow competitors that grew up here in southern California," Kehoe said. "Not having a qualifying contest for the world tour has been a hurdle for us having to raise money, travel and compete in places such as Hawaii and the East Coast.

"We appreciated the WSL coming through in 2015 in Huntington Beach, but it was a long time coming since the ASP LQS at C-Street in 2009 and the Roxy Jam at Cardiff in 2008. My goal, with the help of my family, friends and grassroots sponsors, is to provide contests for young women and men in North America who have aspirations of being professional surfers." Jensen, a two- time WSL Champion, is a longtime LT veteran and recent winner of this year's first-ever Kumul PNG World Longboard Championships. But, it's events like the Malibu Pro that gave the 34-year-old his start toward that feat.

"LQS events are a crucial part of the future for the evolution of longboard surfing," Jensen said. "Events like this when I was coming up gave me something to strive for, they gave me an opportunity to learn and to grow as a competitor. I think the more events we can have at really good waves will lift the performance level and really give longboarders something to look forward to.

"A lot of the regional qualifiers in the past have been at really average beach breaks so it can be more of a wave-catching contest. Having a point break really gives the surfers a level playing ground to perform, it's also a wave that's so perfect it can show any weakness that you have so everyone will have to be on their A-game." Tilly, the 2015 WSL Champion, achieved her Title at just 17, before graduating high school. She is already a distinguished competitor among her LT peers -- also representing them as the women's ambassador for the WLC. The San Clemente, California, native knows the importance of these events after her win at the WSL North America Longboard Championships solidified her chance at competing in China where she ultimately claimed a World Title. Though, for the women, with only the winner earning their spot among the 2018 WLC, it will be a battle to the finish.

"I'm so excited to have a contest again on our own turf," Tilly said. "I love traveling and the opportunities WSL provides by having contests all around the world, but I do think it's really refreshing to be home for a contest. I haven't had a contest at home in a while. I requalified for the tour through the North American contest the year I won the [World] Title.

"I've been gunning for WSL to have another North American contest since our last one in 2015. I think it's absolutely necessary for all the men and women of North America to have a proper shot at the tour through a contest so it will be interesting to see who comes home with the win and who will be the new addition to the tour next year." This event also gives fellow LT athletes, such as David Arganda, a chance to hone their skills against hungry contenders looking to make their mark. - WSL / Tim Hain

North America General Manager Meg Bernardo helped lead the forefront of getting an event back on schedule for regional surfers and couldn't be more pleased with the contributions from Good Entertainment and the Miss Malibu Pro team on coordinating the event. Bernardo, along with Tour Manager Brian Robbins, organized the last LT event on North American shores in Huntington Beach, California, and are hoping for more of the same at Malibu's First Point.

"This event is an amazing opportunity and everyone at the North America office knows how much it means to all these competitors who are in need of contests like this," Bernardo said. "For Kirra and her support teams to build this event from scratch shows how invested she is to the sport she loves. We can't wait to be there watching some of our region's incredible talents perform for a chance at making it on to next year's World Longboard Championships Tour."

The Miss and Mr. Malibu Pro is set to run November 3 through 5 at First Point, Surfrider Beach, Malibu, California.

The men and women's Longboard Championship Tour (LCT) is a narrow field and to break into its ranks is no easy task. But, opportunity has