As anyone who has ever felt troubled and paddled out into the sea, breathed deeply, stroked into a wave, felt the swell lift you up and push you toward shore can attest, the healing qualities of surfing and the ocean on your psyche are not to be underestimated. The idea of ocean and surf therapy is explored in an inspirational new documentary titled Resurface.

The Netflix original documentary short -- a 2017 Tribeca Film Festival special jury prize winner -- debuted September 1 on the streaming platform, and is largely dedicated to the story of American military veterans finding solace in surfing as a way to recover from PTSD and combat trauma.

Using the bucolic landscapes and chilly waters of California's Central Coast as a backdrop, the film focuses on the lives of two men brought together by unlikely circumstances -- Central Coast surfer Van Curaza and Marine Corps vet Bobby Land.

Land, staring out at the Pacific Ocean, opens the film poignantly: "I died in that spot and I was reborn a different person." A veteran of the Iraq War, Land and his platoon were struck by IED bombs which caused severe trauma to his brain. Depressed after his tour of duty, he was on the verge of suicide before giving Operation Surf and surf therapy a try. That single day of surfing changed his life forever.

Curaza, a longtime Central Coast surfer, founded Operation Surf back in 2009 at the request of a single combat vet who wished to surf. Like other charitable organizations that use immersive surf therapy, including the Mauli Ola Foundation (Cystic Fibrosis) and Surfers Healing (Pediatric Autism), Operation Surf uses the ocean as an alternative treatment option to more traditional, formalized approaches to PTSD. And, according to a newly released study by Dr. Russell Crawford, who is included in the film, it's been effective. 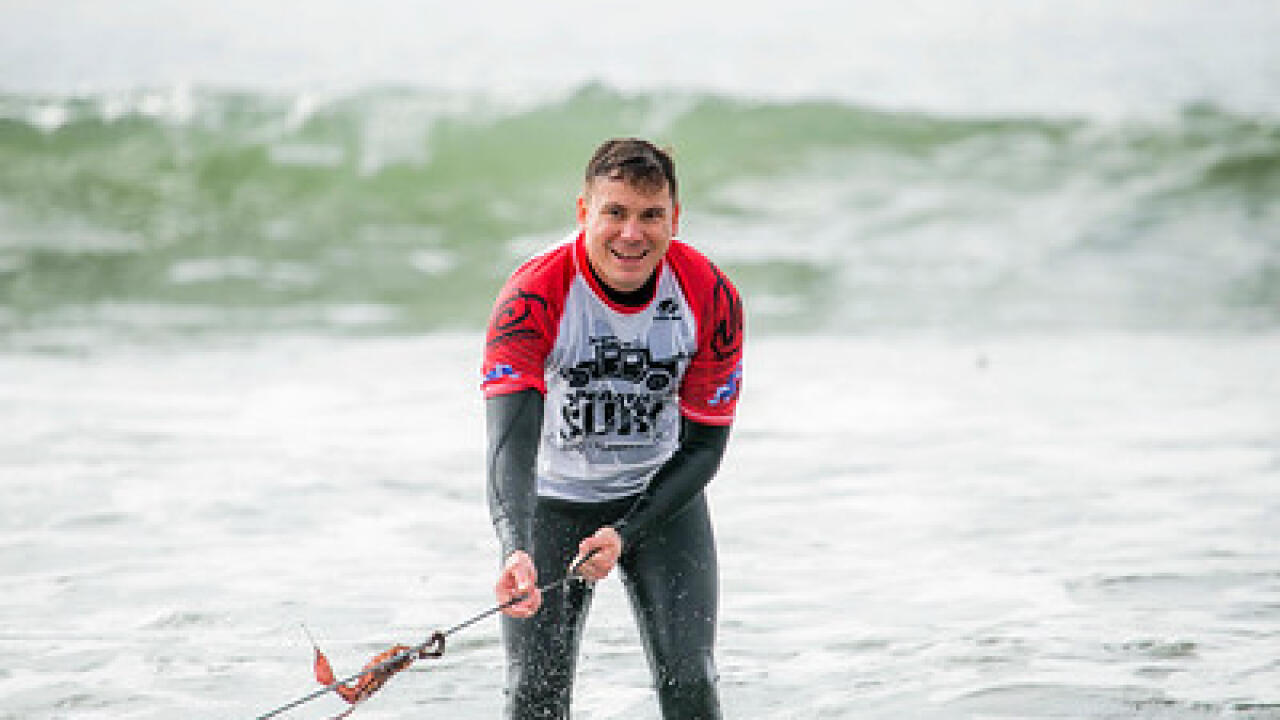 Former Marine Bobby Lane was suffering from PTSD and suicidal when he spent a week with Operation Surf. By his own account, the experience saved him. - WSL / Ben Schutzer

Perhaps the most staggering statistic presented in the film is that one in three combat troops is diagnosed with PTSD, while fewer that 40 percent seek help. Back in March, co-director Josh Izenberg told San Luis Obispo's online news website, The Tribune, "We just really believe in the power of other kinds of therapy and other kinds of healing, and surfing is a great example of that. We want people to start thinking along those lines and sort of start looking out into the world for other ways to think about healing and recovery."

This film is a profound look at the healing qualities of both the ocean and surfing, and is more than worth the 22-minute investment. We caught up with Curaza to talk about his own journey with this program, and the movie. 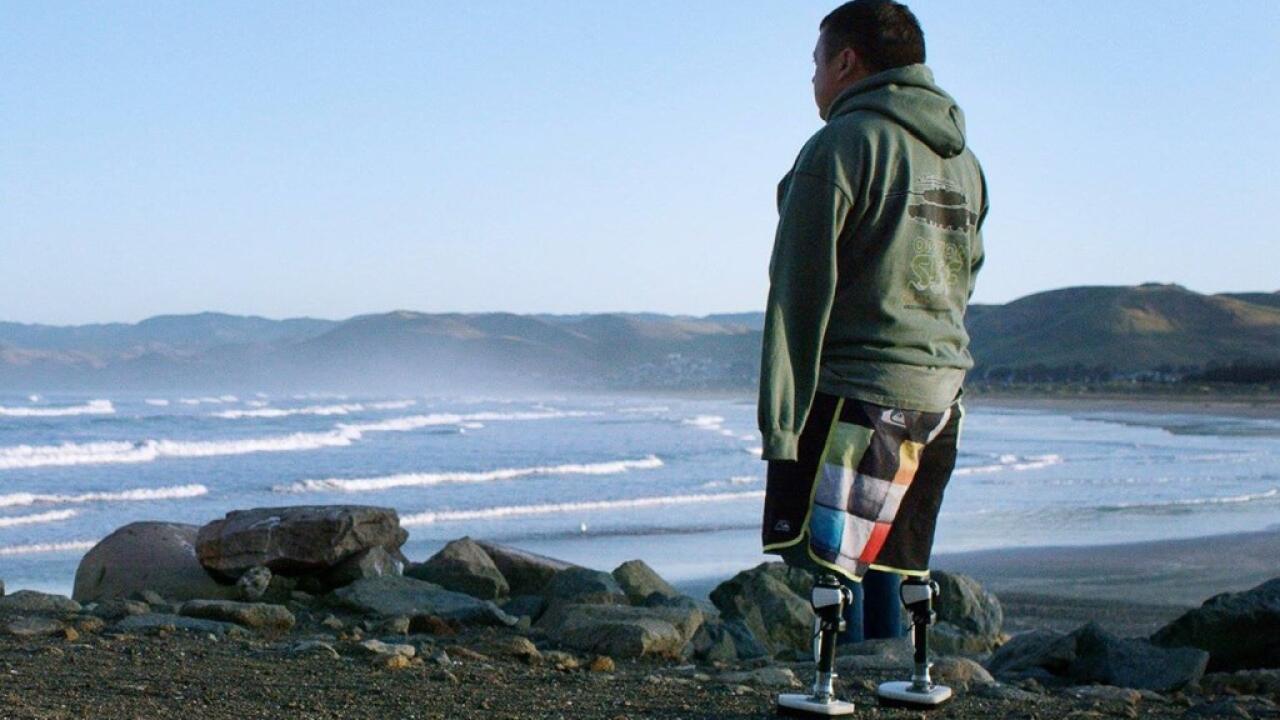 Surfing's peaceful moments are the perfect medicine for most vets. - WSL

World Surf League: What you're doing is really involved. You're not just taking veterans for a single surf; it seems like your programming goes much deeper.
Van Curaza: A key element of our Operation Surf program involves us giving our participants a full week of surfing and camaraderie-building. We have learned that this allows the relationships to build the necessary trust needed to create new friendships. The participants are able to connect due to their similar experiences and challenges so they can know that they are not alone. When you create unity you create strength which allows you to overcome obstacles.

Also, surfing is the perfect platform to set short term-goals, which allow for that instant gratification. Participants, along with their instructors, set and achieve multiple goals in one day to build their self worth and self esteem which then increases their self efficacy. Many of the camps surfers are amputees, and that doesn't slow them at all. - WSL

What was the tipping point for you to start something like this?
The tipping point was decades of drug and alcohol abuse and the decision to get clean and sober. I started Amazing Surf Adventures in 2008 after being sober for five years as a way to help at-risk and under-served youth. When I switched my life to serve and help others I was given the opportunity to help military men and women recovering from the Brooke Army Medical Center in San Antonio, Texas. I partnered with an organization, founded by Janis Roznowski, called Operation Comfort and amputee surfer Rodney Roller. Through this partnership, Operation Surf was born.

Where has this journey taken you?
Operation Surf has provided me with the opportunity to travel all over the United States. We have been able to bring our program from the West Coast to the East Coast and from the USA to the UK. We currently have strong community and events happening annually up and down the California Coast, in Santa Cruz, San Luis Obispo and Huntington Beach. We have also gone all the way over to Cornwall, England, working with their British military wounded servicemen and women.

On a personal level, this journey has taken me to a state of gratitude that is an absolute gift, helping others. 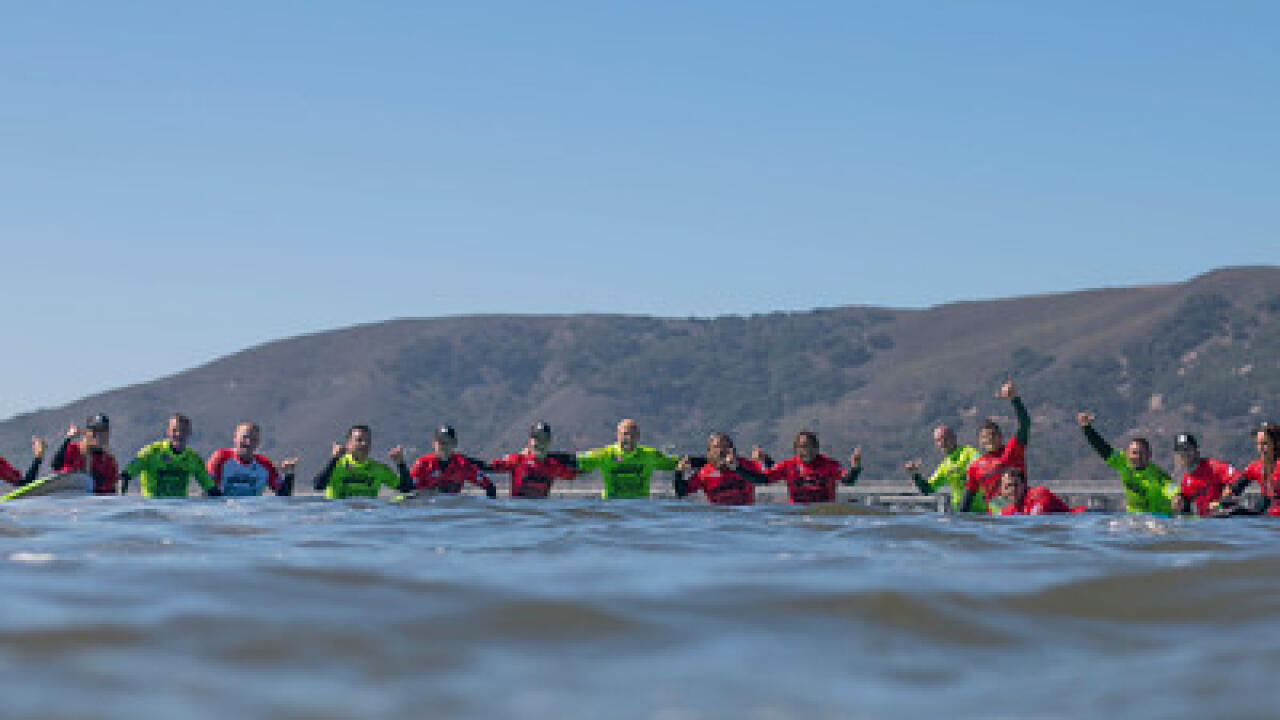 What was the toughest part about making the film?
I think the hardest thing about making Resurface was bringing cameras into an environment where my goal is to make people comfortable, and knowing that cameras make people uncomfortable. But the crew did an incredible job at respecting the participants and the intimate environment. They completely got on board with the mission and did an incredible job.