Editor's note: Get your feet wet with WSL Fantasy Surfing next with the Corona Open J-Bay starting July 2 local time. Sign up with Facebook, Google or your email in one step. You can make your J-Bay picks as soon as the draw is finalized in the weeks leading up to the event.

With a nice little break before the Corona Open J-Bay, this next week or two is the perfect time to investigate some developing trends. As any avid WSL Fantasy Surfing player will tell you, being first to absorb the right information can prove to be profitable. To that end, we're diving deep into the numbers this week to discover which surfers are providing the biggest boost on the Fantasy front. To unearth that answer, we looked at which surfers earned the most fantasy points, while being owned by the least amount of players. After all, picking somebody who gets a great result is nice, but in fantasy games, you top the charts by pulling the trigger on some riskier picks. So behold the current ranking of the surfers who've made the biggest difference this year.

WSL Presents: 2017 Corona Open J-Bay
44:40
A full look back at how Filipe Toledo dominated J-Bay with his innovative air game.

The high-powered Tahitian has been on a semi-stealth tear this year, beginning with his strong Quarterfinal finishes at Snapper and Bells. But he hit peak-Bourez form in Bali, when he unleashed his full Spartan power and demonstrated the tube mastery that has helped him become one of the most dangerous threats on reef waves. Given there are several of those ahead on the schedule, there's a good chance Bourez can top his career best ranking of No. 5 this year. But by the time we get to Hawaii, where he's had plenty of success, his ownership numbers will spike. Rougly one in 10 fantasy players have been wise enough to boost their results by sticking with Michel Bourez this year. - WSL / Kelly Cestari

Willian Cardoso just pulled one of the sweetest stories of poetic justice you'll ever find in sports by winning his first Championship Tour event, at the Uluwatu CT. The big man from Brasil spent 12 years of toiling on the Qualifying Series, chairing many of his close friends to the top of the podium on their way up to the elite ranks. After coming so close to quitting after 2016, he decided to give it one more shot, and the last-gasp paid off. The 32-year-old joined the Championship Tour as the oldest rookie in 2018, an age when most retire. But he's proven he belongs. He hasn't lost early yet, and with a fifth at Keramas and his emotional win at Uluwatu, he'll be surfing with a lot more swagger from here on. The 4 percent of Fantasy players who've picked him have been rewarded handsomely.

23:11
Rookie Willian Cardoso is enjoying the huge benefits of truly believing in yourself.

While Ferreira is one of the more widely held surfers on this list, he's still been paying off big thanks to the breakout wins at Bells and Keramas. If he can keep his incredible aerial assault on point without injuring himself, there's no telling how far the dynamic goofyfooter can go this year. We should get a good idea at J-Bay, one of the only events on the schedule where he hasn't yet made the Quarterfinals during his career. If he manages to remedy that, it might be easy to justify him as a buy-and-hold guy for the rest of the year.

2:19
Italo Ferreira seems to be in search of new heights this year. How high can he go?

The veteran Aussie stylist is another unassuming ripper who's escaped the prying eyes of Fantasy fanatics. Less than 6 percent of players have bet on Buchan, but those who did at Snapper were immediately rewarded with his inspiring runner-up finish. At this stage of his career, Buchan's probably got too much going on to be considered a World Title threat, but his busy family life and business side hustles are also keeping him fresh and inspired. Heading toward J-Bay and Tahiti, there's a great chance he'll remain a hidden gem. Veteran Ace Buchan is no stranger to surfing fans, but the unassuming Aussie veteran known for his incredible style has been slipping under the radar for Fantasy players. - WSL / Damien Poullenot

For a guy who's not even officially on the Championship Tour, Mikey Wright sure has made an impact this year. He's gained entry into four of five events as either a wildcard or an injury replacement, and with John John Florence now out for what looks like the remainder of the season, he's likely locked a spot thanks to his impressive run in Indonesia, where he made back-to-back Semifinal appearances. Mikey has yet to lose early, which has helped his fantasy players too. After climbing to No. 7 on the Jeep Leaderboard he'll now be among the Tier A picks at J-Bay, which means picking him won't be quite as easy, but the risk/reward factor is pretty darn enticing. 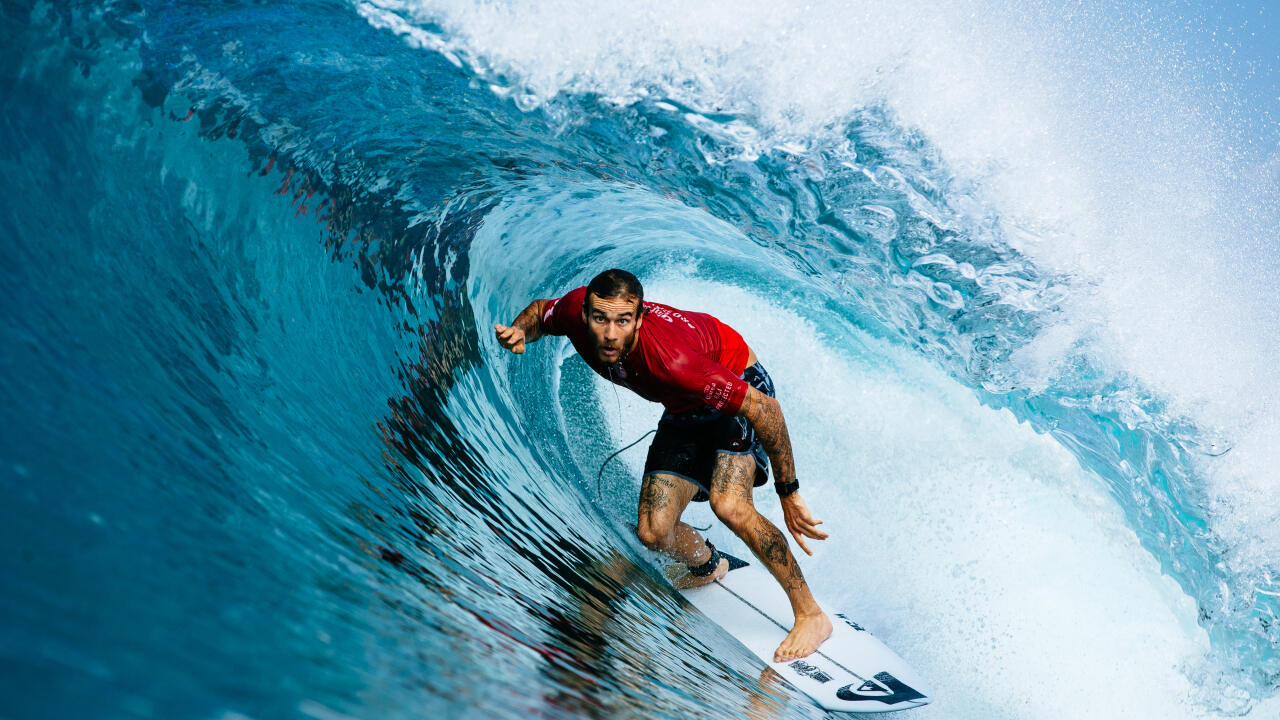 Mikey Wright has made the most of his Championship Tour opportunities, which is likely to earn him many more. - WSL / Ed Sloane

Catch the Corona Open J-Bay live daily on the WSL and Facebook July 2- 16 local time. Make your Fantasy picks here once the draw is finalized.