Peter Mel was born into the sport of surfing. The Santa Cruz native grew up in between his father's surfboard factory and surf shop and from early on, he was drawn to big waves. While growing up in one of California's most iconic surf scenes, Mel's Santa Cruz crew would push each other to new levels, simultaneously establishing progression in big waves.

Get the latest on Punta Galea's Big Wave Green Alert

With a budding big wave career began in earnest in Hawaii, the brawny Californian would eventually earn a prestigious invite to The Quiksilver in Memory of Eddie Aikau, establishing a track record that would shape Mel into one of the world's most prominent big wave icons.

Watch the 2014 Big Wave World Tour Trailer
Follow the ASP BWWT around the globe as we take you through the 2014 season spanning six events and two hemispheres.

Following an incredible run to a 2012 Big Wave World Title and highlights from massive swells spanning the globe, this year Mel has moved into a new role as Commissioner of the ASP Big Wave World Tour. With a new schedule comprised of six events and a committed new broadcast, Mel shed some light on the origins of the BWWT and the changes unfolding for the 2014/2015 ASP BWWT season.

How did you first get involved in big wave surfing?
Big waves kind of came into my life and I started early. I surfed Waimea and knew that I liked it. I surfed big Haleiwa and big Sunset and I knew I liked it and was pretty good at it. I felt comfortable because I had success surfing in events over there.

Competing in big waves is very different. It's a different strategy, because you are against the elements.

You've been involved in big wave surfing for a long time. When did you notice that the sport was beginning to develop?
Big wave surfing took a major turn when Mavericks was discovered. That was in the early '90s. We had been told by Dave Schmidt, the brother of Richie Schmidt, and this guy Tom Powers and Jeff Clark about Mavericks. They let the cat out of the bag and then there was our group that was doing the tour and doing airs and surfing big waves. All of a sudden we started surfing Mavericks, Skindog (Ken Collins) and all these guys. We started doing what we did at our home break and pushing each other out there. It was obviously something new and exciting and the media jumped on it. The media gave us another career. The competition started after that.

Big wave competition is relatively new and growing. What were the key developments in establishing big wave contests?
The big wave competition at that time was The Eddie [Quiksilver in Memory of Eddie Aikau]. I was invited to The Eddie because of Mavericks and what I had done on the North Shore and I was given the alternate spot in 1996. That was before I rode for Quiksilver. I earned that spot, which was pretty cool, and got in again the following year and was signed by Quiksilver the year after that. 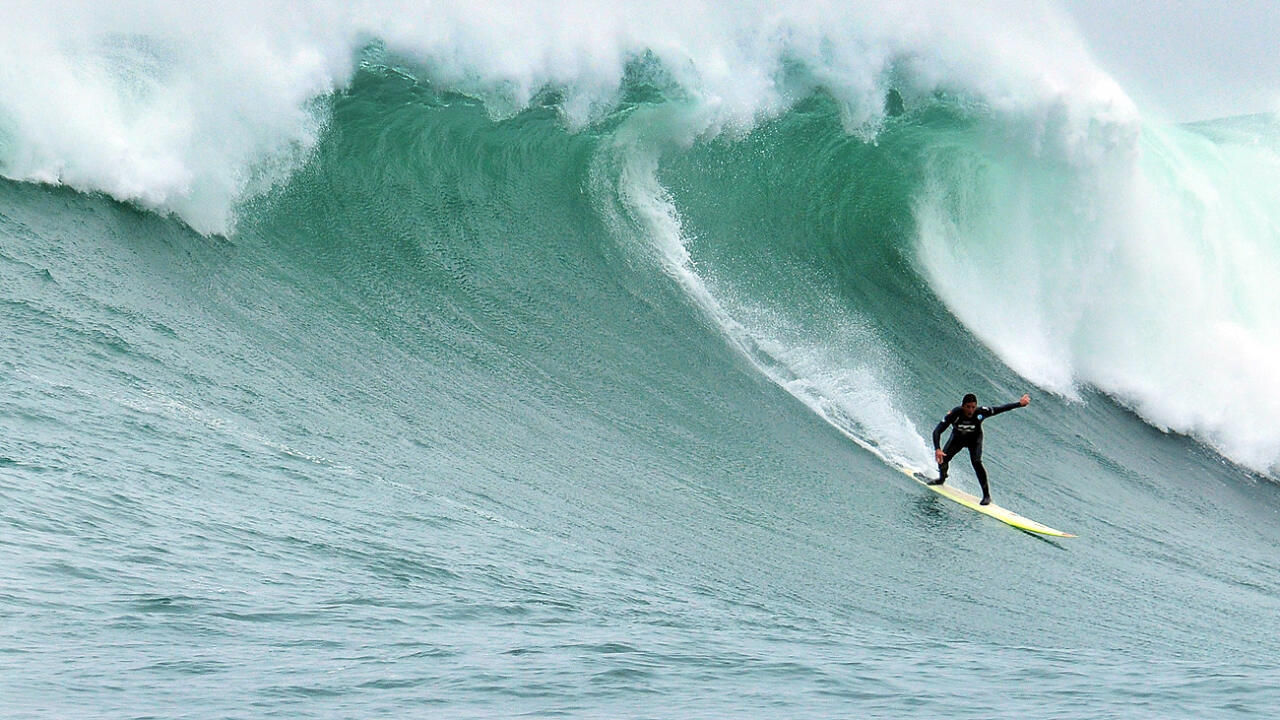 Mel's list of accomplishments includes a victory at the Billabong Pico Alto in 2011. - WSL

In the Big Wave World Tour now, it brings the element of competition into it. You have to beat the guys in your heat and you have an hour. It changes the way you compete and it's a whole new level of intensity. There are two different trains of thought. I enjoy competition. There are a lot of guys who do. It gives you drive to compete against each other and it's exciting.

How does scoring work for Big Wave?
We've changed a little in the way we score. You double your highest wave and you're still judged on two in an hour and there are six guys in a heat. The criteria definitely drives people to take more risk, and, with that risk, other things have happened to make it safer. We have water safety, water patrol, and skis. They're very important in big wave riding and it's allowed us to push the limits more.

When I first started surfing Mavericks we didn't have skis and we didn't have flotation. There was a big boat in the channel, but it wasn't coming to get you. The risks you can take now are greater because of the safety and it's great. The safety aspect is really important.

Before there were just a few events with The Eddie and Mavericks. So how did the BWWT come to be?
The Big Wave World Tour started with Gary Linden. He had a vision of doing a Big Wave World Tour with the discovery of some of these waves around the world. There was a group of guys that came together, and at first we were just doing it as a collective to have a tour and to have competition and have a world champion. We did it on our own dimes. We had a little sponsorship coming in, but we invested in it. It was Gary Linden's baby and all of the guys that wanted to surf big waves joined them.

Rothman's Heroic 9.40 in Peru
Makua Rothman charging his way to victory at the 2014 Billabong Pico Alto

That's how we've geared the whole schedule now for the Big Wave World Tour. We have the hemispheres be the windows so you can run each event when there are waves. Since the ASP is producing the events, we can do them whenever the spot is working. It gives us more opportunity. We have six events, but to get six events done in a season is very challenging. We haven't been able to run all of the events. If we get four done, that's great, but hopefully it's six.

How many surfers are on the BWWT and how is the tour roster created?
There are a total of 24 spots. First, we have the Top 12 that compete at every event. The other 12 are going to be considered by guys that have put in time at that specific venue. If you have local guys, they have the most experience usually, so they get six spots. Three spots are given to ASP Qualified surfers that compete from the World Championship Tour's Top 34.

That's something we feel is of good value to the tour and there are guys on tour that want to play. While maybe they haven't earned their spot in big waves, because of their talent, they can get a spot. Then there are three event spots. Usually in the Southern Hemisphere there are talented guys and they should be in the event. It's tough because there are 150 guys that want to surf in events and only 24 spots, so it's a challenging start. We are also working to develop a qualifying series. It's a big workload.

Now that you're moving away from competition and into the Commissioner's role, what are you currently working on?
In the Commissioner's role, my job is to maintain the integrity of the sport of surfing. Making sure surfers understand the rules and it's communicated well. Making sure the sponsors are getting their value and then the fans, making sure they know how it works. Those are the three pillars. I still get to compete a little bit, but now I get to give back to the things I believe in: Big wave competitions and tours.

The biggest responsibility I feel I have is to the youth. Making sure they can get into events. There is no easy answer right now, but we're talking to all of the guys about how they feel and what they think. It's a work in progress.

Judging is also a big part of my role, making sure you have a good group of people that work together and also having regional judges and making sure everyone is understanding of the criteria.

With ASP involved for the 2014/2015 season, what other changes can fans expect?
I think the biggest value that the ASP brings to the BWWT is the broadcast. It gives the fans the experience they should see. Also, the rules and regulations. It's helps the surfers know that those things are in place and I think it's in line with how the ASP has done things.

Makua Rothman's (HAW) win at the Billabong Pico Alto in July has kept him at No. 1 in the BWWT rankings, as a lack of swell saw only one of three events completed during the Southern Hemisphere event window.

With a strong swell forecast for Europe in the coming days, BWWT Commissioner Peter Mel has put the Punta Galea Challenge in Spain on Yellow Alert.

Check back at ASPWorldTour.com for the latest updates and event status of the BWWT.

The Ballito Pro is back - but this time it's happening in December.

Watch Imai put up a perfect score early in the heat to back up his 9.60 and earn himself a spot in the Round of 16 at the MEO VIssla Pro

A special two-episode series from this inaugural Specialty Event