Fireworks continued at the World Surf League (WSL) Ron Jon Quiksilver Pro, a men's Qualifying Series (QS) 1,500, and Junior Pro with more two-to-three foot swell providing a platform for competitors to put on a showcase. Men's QS competition finished their Round 3 draws before the North America Regional Pro Junior season got underway with some of the nation's best competitors 18-and-under powering through Rounds 1 and 2. Before the Pro Juniors got underway it was an electric start to day two with one of Round 2's standouts Josh Burke continuing to surge - this time with near-perfection. The Barbadian was already looking to capitalize on maximum points and now those points mean even more with events being canceled and postponed around the world. Burke started the heat with a solid exchange against another in-form competitor Taj Lindblad, also advancing, before unleashing numerous critical turns on his backhand to garner a near-perfect 9.50 and 14.83 heat total to amplify his debut efforts.

"That was just a nice double-up and it came right to me to get four good turns off which felt good," said Burke. "It wasn't a set or anything but it just lined up perfectly on the inside. I always love going to my backhand when the waves are smaller because it's easier to get those scores just getting vertical." This very lineup crowned Kei Kobayashi the Ron Jon Quiksilver Junior Pro victor in 2016, notching his first-ever WSL victory, and he now looks to become the first to win both events in a career. The 21-year-old continues to find his way among the ranks of the QS, finishing with a career-best No. 90 in 2018, as he searches for his first-ever win after a runner-up three seasons ago. But, Kobayashi's lightning-fast approach to the waves here in Florida works to a big advantage as he blasted an excellent 8.10 before a near-perfect 9.10 - accruing the event's highest heat total so far of 17.20.

"Yesterday I road a different board and just felt like I wasn't getting enough speed so I switched over to one of my old faithfuls which is an epoxy as well but I just knew it worked really good in these conditions," said Kobayashi. "I'm super stoked to be back here. I haven't since I won that year which was one of the best days of my life so it's great to be back. I'm staying with my brother's girlfriend's family and they've got me all set up which I can't thank them enough for." 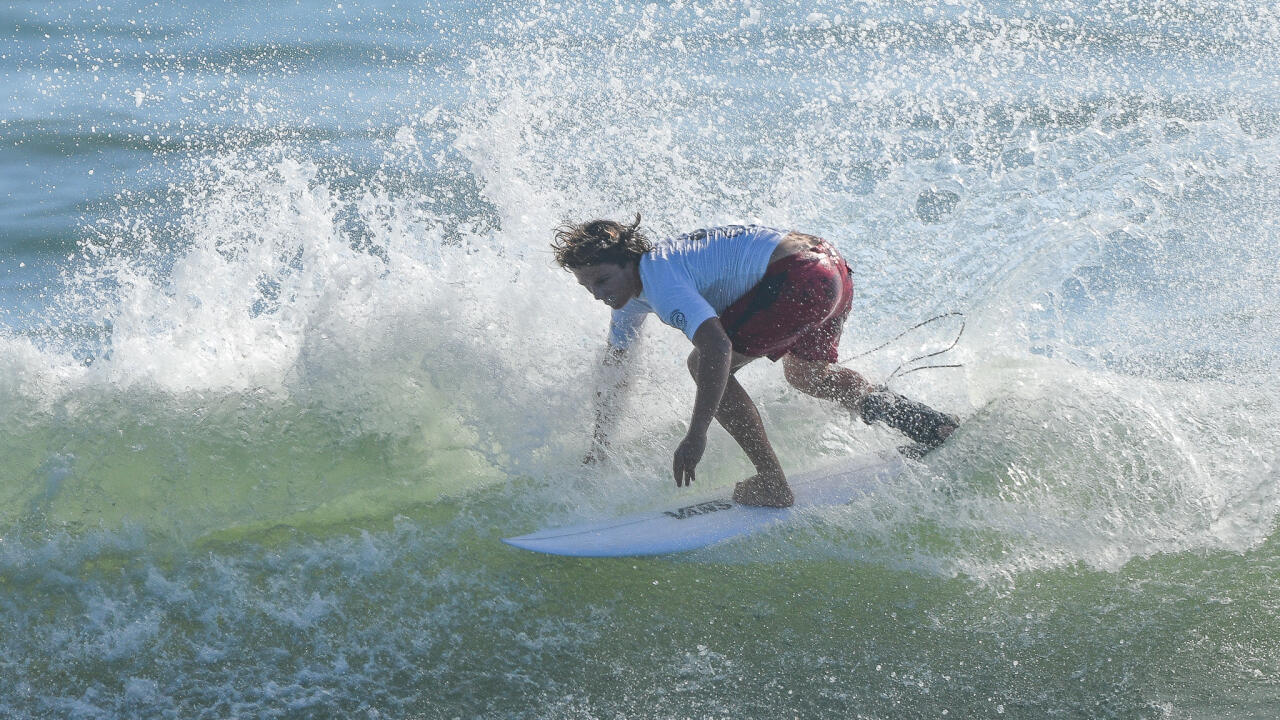 A slew of competitors are hunting their first-career WSL victories and made more noise today including opening day standouts Levi Slawson, Jabe Swierkocki, Jairo Perez, Keanu Kamiyama and Alan Cleland all winning their Round 3 heats. Cleland's recent exploits in Australia, including a 9.50 in pumping Mereweather conditions, helped fire him up for the year ahead.

"I'm stoked to get a couple and got that little double-up in the end and just trying to get in the rhythm out here," said Cleland. "It's better than last year so I'm really excited. Just being over in Australia and seeing the level of talent makes me want to surf that much more and that much better. It gives you another perspective of who's out there and just trying to bring all that momentum from there to here."

Event organizers will reconvene at 7:30am EDT to determine a possible 8:00am EDT start.

A groundbreaking event is ready to get underway beginning March 3 - 6 at the beautiful reefbreak of Encuentro Beach's "The Left."

This marks the San Clemente competitor's second-career QS victory, this time against an in-form Cam Richards.