Today, World Champion Adriano de Souza announced his decision to retire at the end of the 2021 World Surf League (WSL) Championship Tour (CT) season. After 15 years on the CT, the 33-year-old made the announcement via a virtual press conference from his home in Brazil.

"A number of things made me come to this decision," said De Souza. "For the past 15 years, I gave my life to surfing and was completely dedicated. I lived surfing in a 1000% way. Competing without passion is not the attitude of a champion, and it doesn't match with the energy of the sport. Now I would like to try some other things, like being part of a special event without so much pressure or go on a surf trip with friends."

De Souza is the inspirational leader of the much-heralded Brazilian Storm. The gritty and determined regular footer grew up in a favela on the edge of Sao Paulo, Brazil. When he was 8-years-old, the ocean became his refuge after his brother bought him a second-hand surfboard for seven dollars. By 14, De Souza left home alone to pursue his dream of becoming a pro surfer. His arrival on the Championship Tour in 2006 inspired a generation of Brazilians. While Gabriel Medina became the first Brazilian to win a World Title in 2014, De Souza achieved his lifelong dream the very next year during a six-man title showdown at the Pipe Masters and winning the 2015 World Title. 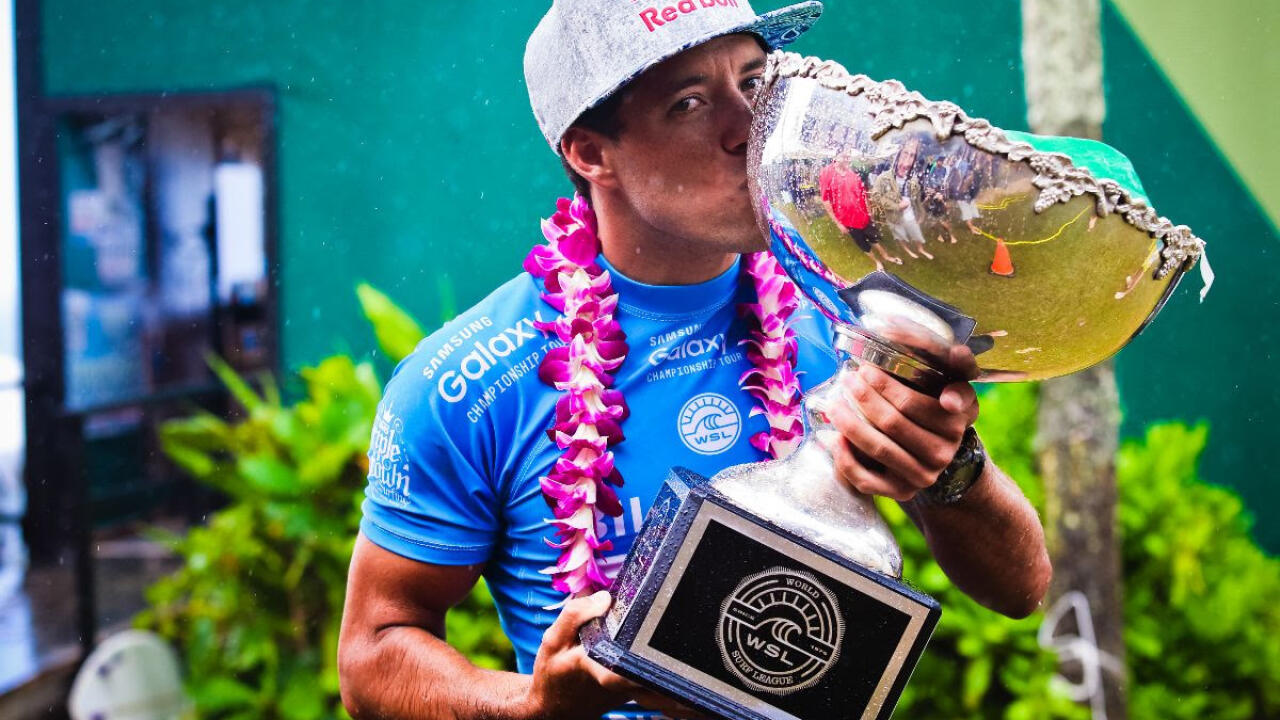 "I want to celebrate these past 15 years - during this time I built relationships around the whole world, with loved ones, and developed a strong connection with family, friends and fans," continued De Souza. "My expectations are high right now, especially for Saquarema, where I believe it will be so intense. This 'goodbye' vibe will give me good energy for an excellent 2021 season."

Following his announcement, the first event that De Souza will compete in is Onda do Bem, a one-night charity event that is part of The WSL Countdown. On September 18, 2020, a group of 15 of the best Brazilian surfers and 10 celebrities will come together to compete in a unique one-night format from 4pm to 9pm BRT (12pm to 5pm Pacific Time). The term Onda do Bem is translated as the Wave of Positivity. The event will be held at a secret location in Brazil to avoid the public's presence due to COVID-19, and it will be broadcast live at worldsurfleague.com and YouTube, as well as through local broadcast partner, SporTV (starting at 7pm local time). Big screens will be available at Arena Estaiada Drive-in (in São Paulo), and Drive-in das Artes (in Rio de Janeiro). Onda do Bem will follow strict safety protocols, following the practices determined by the World Health Organization - WHO. The event is proudly supported by Jeep, Havaianas, and Red Bull.

Everything You Need To Know About Onda Do Bem
3:32
All of the details about the neon-themed Onda Do Bem surfing contest in Brasil, part of the WSL Countdown Series.