Awareness of our challenges with plastic pollution and its impact on the ocean has grown hard to resist. The problem is one that, to the typical first world observer, doesn't seem to change much of our daily lives outside of those who get annoyed with having to ask for straws at restaurants now rather than just being handed one. But then photos of the Great Pacific Garbage Patch, beaches littered with trash, and turtles getting straws plucked out of their bleeding nostrils are meant to be our visual evidence that this is a real, widespread issue. Still, none of those things strike urgency or communicate the direct threat plastic pollution in the ocean poses to human life. Microplastics, however, do present direct problems for people. While plastics don't fully break down, the parts that are broken down to even microscopic levels are left floating in the water where they can work their way into the food chain of marine life and eventually back into our own food chain. Scientists are now even finding proof that the toxins from microplastics are discoverable in human organs. And that's the cycle of life that is being addressed in trying to solve plastic pollution.

While that visual evidence of large chunks of trash floating on the ocean's surface has been well documented, studied, and measured, a new study from Australia's government science agency, CSIRO, looked at just how much plastic is breaking down under the surface. They simply sent robotic submarines to different depths of the Great Australian Bight, hundreds of miles offshore, starting in 2017. They then weighed and sorted each sample to decipher between particles, determining exactly how much was composed of microplastics.

WSL PURE Act On Plastic
15:27
If you live in CA, it's time to #ActOnPlastic! Here's everything you need to know.

"Based on our empirical data, we conservatively estimate 14 million tonnes of microplastic reside on the ocean floor," the study concludes.

That estimate means there may be more than 30 times as much plastic at the bottom of the world's oceans than there is floating at its surface. On average, each gram of sediment holds an 1.26 microplastic pieces. Some sediment samples had as much as 13.6 particles per gram. From there, they created what is now considered the first global estimate of microplastic prevalence on the sea floor. 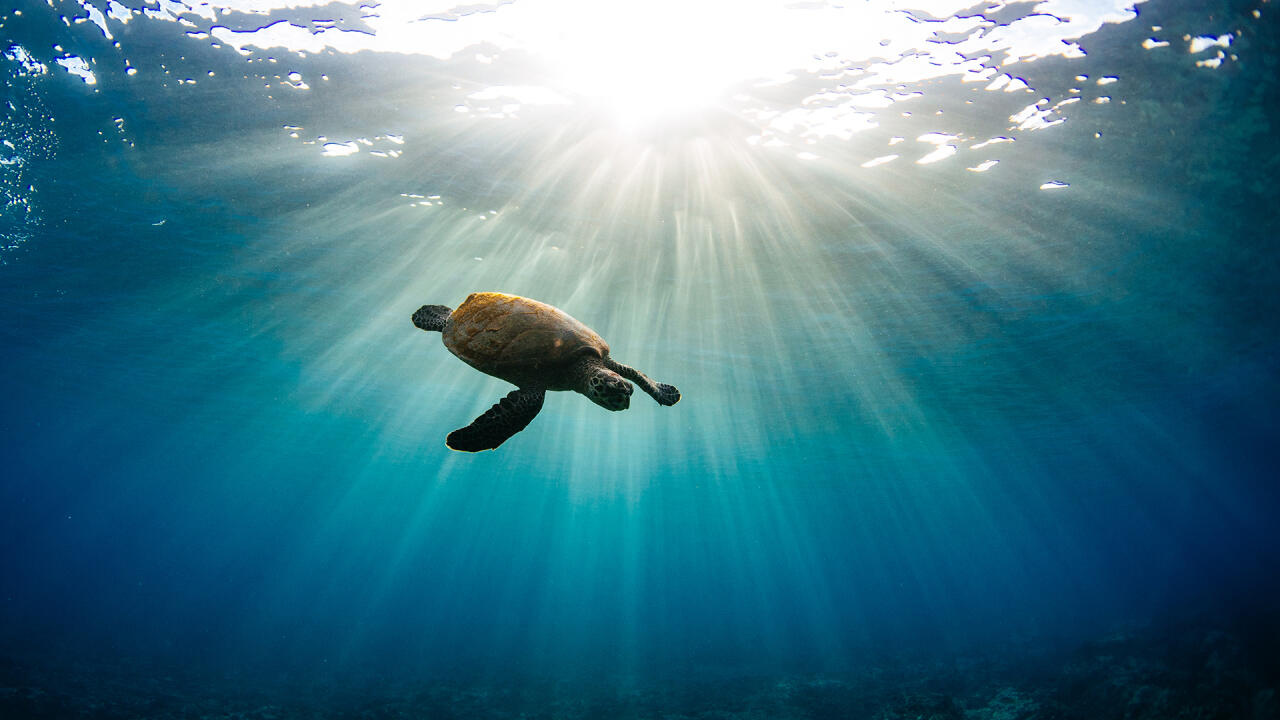 "This means it's throughout the water column. This gives us pause for thought about the world we live in and the impact of our consumer habits on what's considered a most pristine place," said Dr. Denise Hardesty, a principal research scientist at CSIRO. "It is useful to give people a sense of the scope and scale that we are talking about."