Board choice is always important. In any Championship Tour event, it could be the difference between winning and losing a heat. But at the Rip Curl WSL Finals, where competitors are separated by mere tenths of a point in terms of ability, picking the right equipment is more important than ever.

And on Finals Days, the WSL's Peter Mel will be there as a special correspondent to the broadcast to bring you all the insights into exactly what board the Finalists are riding, and why.

Mel, a long-time WSL commentator as well as professional big-wave surfer, knows boards as well as anyone, and has also been checking in with the six shapers and 10 Finalists to get a sense of what boards will be underfoot come Finals Day.

The single most interesting board story to follow is whether or not seven-time World Champion Stephanie Gilmore will ride her magic DHD -- lovingly referred to as the "Cash Cow" -- a board that has now won her four Championship Tour events over the past three years. The most-recent, the last event of this year's regular season, the Corona Open Mexico presented by Quiksilver. 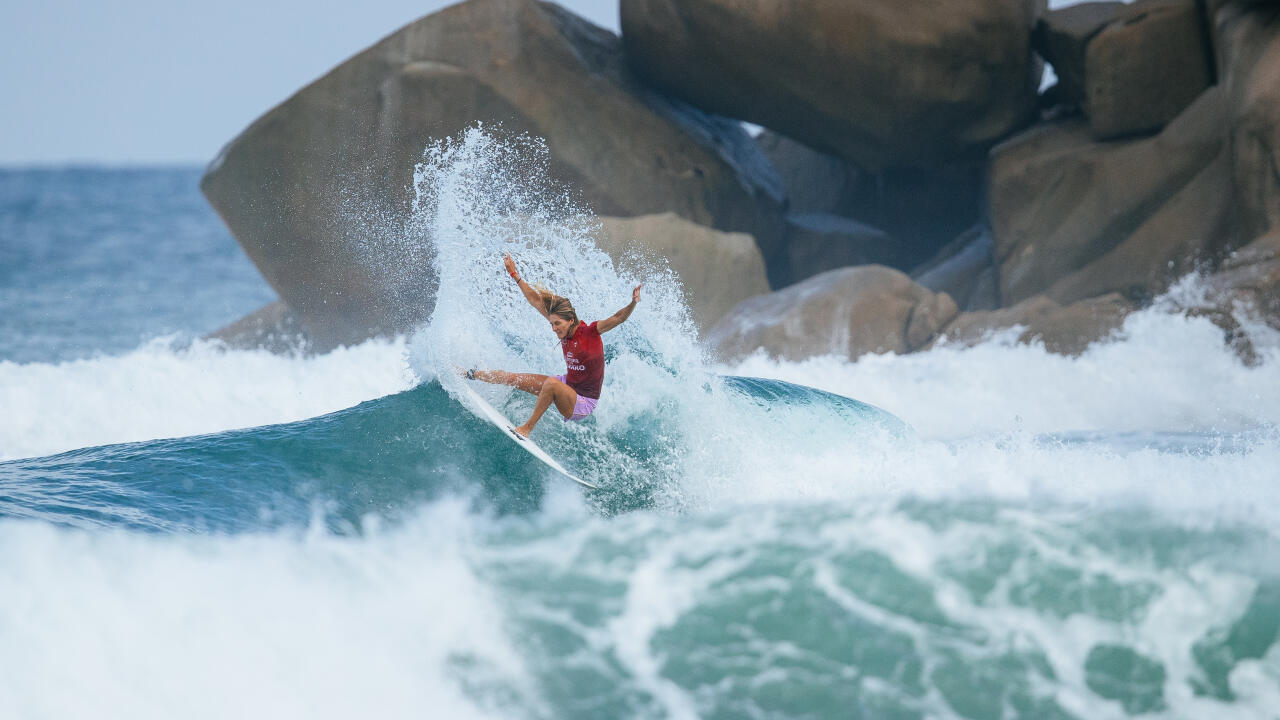 Stephanie Gilmore riding the 'Cash Cow' -- a board that has won her four CT events over the past three years -- on route to victory at the Corona Open Mexico. - WSL / Thiago Diz

Gilmore recently asked if it was time to hang the board up, but considering it's track-record, it going to be a hard decision. Her long-time shaper Darren Handley has been working hard to try and duplicate it, but nothing has matched the perfection of the Cash Cow yet.

"The thing is, how a board is manufactured, a PU board is blown foam that is made in batches. So the density of the foam in the board can be different, it changes. There are so many different elements that go into the manufacturing of surfboards." Mel says after checking in with Handley.

"It's similar to F1 racing motors, some motors just have a little extra torque and speed, even though it's the exact same engine."

"I guess the story is it's hard to duplicate a board exactly, and there is an attachment to it. As a surfer, there are other good boards but you're attached to that one because you have this sentimentality."

"The board has won four events since 2018, it would be hard for her not to ride it," he says. Especially if it's in great condition, like the OG Cash Cow is.

Then of course there's the ubiquity of Sharp Eye surfboards. Johanne Defay, Sally Fitzgibbons and Tatiana Weston-Webb, as well as Filipe Toledo and Morgan Cibilic are trusting shaper Marcio Zouvi to get the job done. That's half of the combined draw.

There's clearly something special going on at Zouvi's San Clemente headquarters, and Mel is on a mission to find out exactly what that is so he can bring it to fans come Finals Day. A shaper synonymous with Lower Trestles and San Clemente is Matt Biolos. His teamrider Carissa Moore is no.1 in the world, an Olympic gold medalist and a strong favorite going into the event. The pair won't be making any drastic changes to the four-time World Champion's boards ahead of the Finals.

Mel was able to speak with Biolos, who gave him a breakdown of what Moore will likely be on. She recently spent a week surfing at Lowers, testing boards she would ride at both ends of the possible size spectrum. Her small wave boards are wider and lively epoxies, in Mayhem's LightSpeed build, which are 5'8" x 19" wide and 27 liters.

But considering the event is unlikely to run in small waves, she'll probably be on one of her better wave boards. Biolos told Mel that during her recent week at Lowers she rode a trio of Round Pins, a 5'9 , a 5'10 and even a 5'11 -- though the 5'11 probably won't be needed. The 5'9" of choice is actually a Sabo Taj, based off of her and Griffin Colapinto's boards from Margaret River. It's lowish, has a full nose outline and some rocker bend out the back with less surface area in the tail. Its 18.63 x 2.38 and 26.50 liters.

Another consistent surfer-shaper relationship is Italo Ferreira and San Clemente-based Timmy Paterson. Paterson and Ferreira have been working on boards, with the defending World Champ and Olympic gold medalist operating under the strategy of trying as many boards as possible to find the magic ones. Ferreira and Patterson have been working on boards, with the defending World Champ and Olympic gold medalist operating under the strategy of trying as many boards as possible to find the magic ones. - WSL / Thiago Diz

This is almost essential for Ferreira given the energy he surfs with -- even the pace of the edits he releases would indicate some regularly broken boards. Italo snapped his stick surfing for Gold in the Olympics because he's going as big and high as possible on every single wave.

Mel said Paterson was trying to give his superstar team rider as many options as possible ahead of the Finals.

Then there's the other World No.1, Gabriel Medina. He's been working with his long-time partner Johnny Cabianca. So far Medina and Cabianca have kept their cards close to their chests, but Medina's boards are known to be slightly wider in the nose and tail and have slightly less rocker than some of the boards his Championship Tour peers ride. And Finally, there's California's great hope for a World Title Conner Coffin, who works with Australia's JS Surfboards. He'll be riding a variation of his Monsta Box high-performance surfboard tailored to the conditions at Lower Trestles.

"There are slight changes in it for trestles, to have that glide on the flatter face. It's really good in the pocket but he's trying to get more speed out of his boards," Mel says. "It's a refinement from the Monsta Box that's going to be more of a California board." The reality is that surfers will have a few choices up their sleeves, and could leave the final decision until right before their heats, especially after they have a chance to survey the conditions.

And once they make that call, Mel will be there to find out why.