By the time surfers competing on the Challenger Series land in France for its third events, the Quiksilver Pro France and ROXY Pro France, an idea will have begun to form of the athletes who are within shot of qualification for the 2022 Championship Tour.

The events run from October 16-24 and will take place at at one of the world's iconic stretches of beach-break waves, between the three cities of Capbreton, Hossegor and Seignosse -- the beating heart of French surfing.

The third of four Challenger Series events this year, there are 10,000 qualification points on table for whoever can top the podium. The 96-man and 64-woman fields are made up of Championship Tour surfers, as well as competitors drawn from the seven WSL Regional Qualifying Series around the world. The events will be streamed live on Worldsurfleague.com and the WSL app.

Currently, some of the top seeds down for the event on the Men's side of the draw are Kanoa Igarashi, Frederico Morais, Leonardo Fioravanti and Yago Dora. 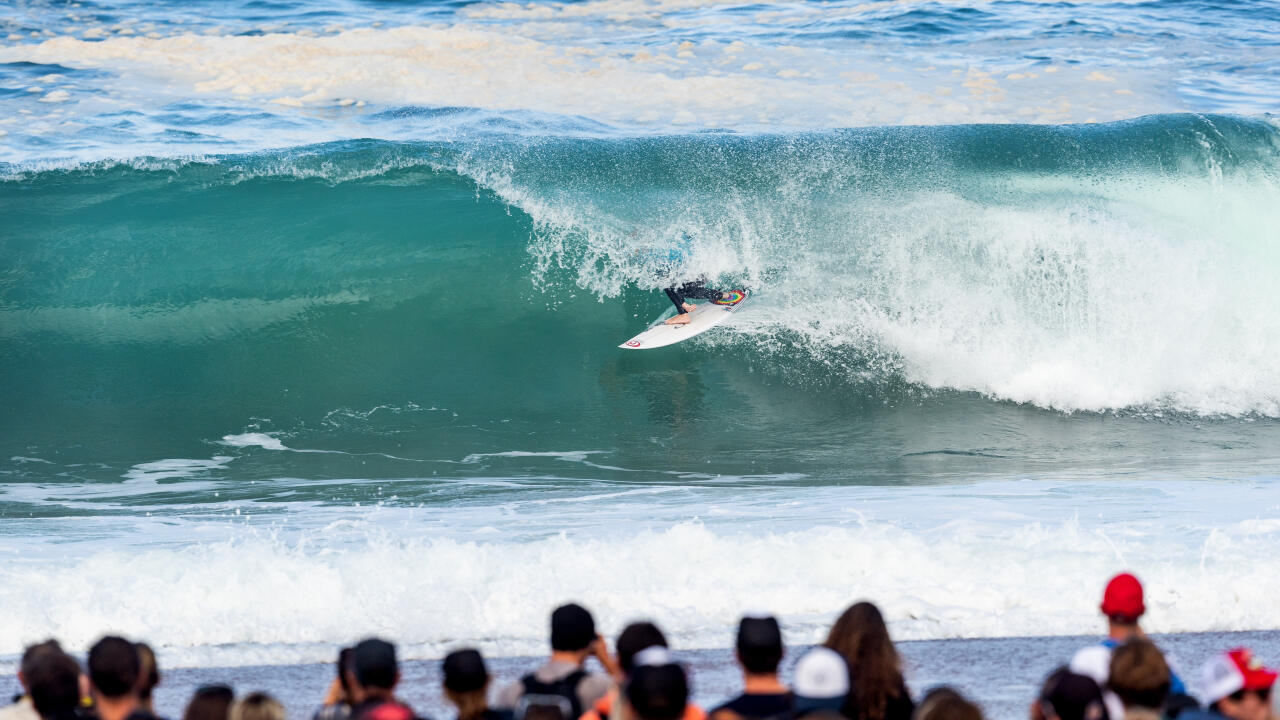 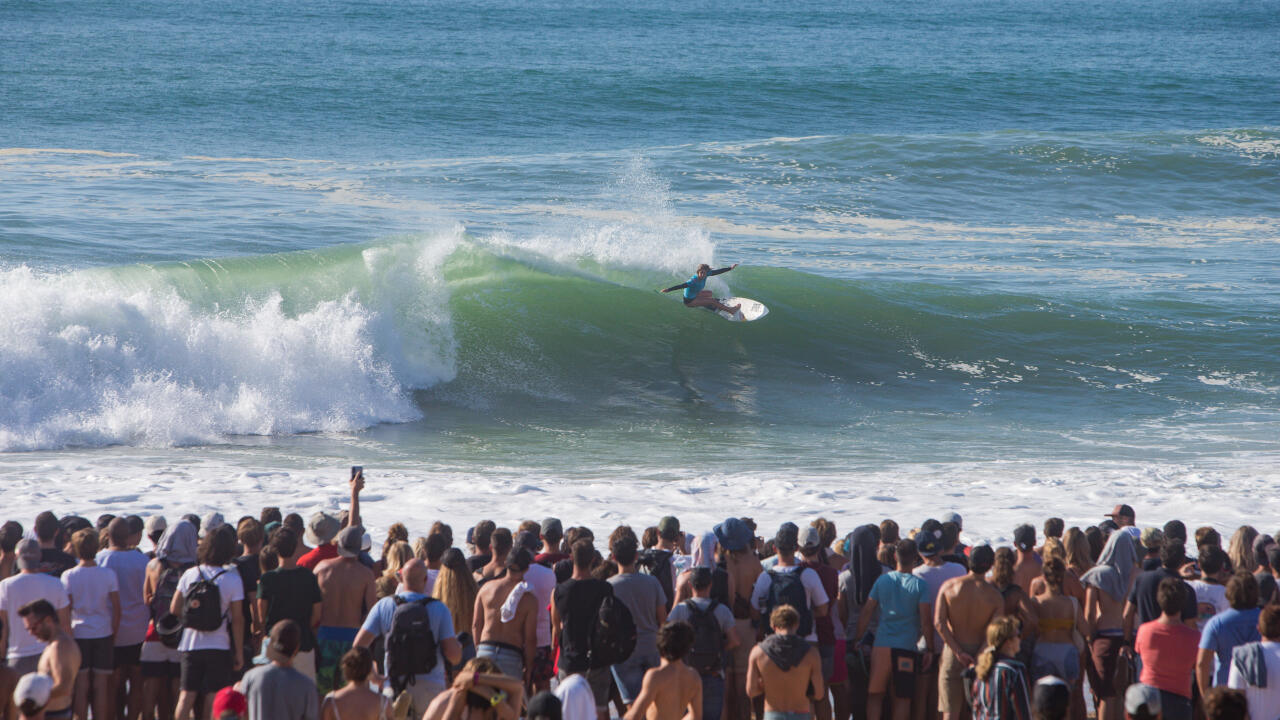 The iconic stretch of sand between the three cities of Capbreton, Hossegor and Seignosse are constantly hailed as some of the world's best beach breaks and for good reason.

This ultra-consistent stretch of sand may look like one long, monotonous beach, but don't be fooled -- each little corner of a sandbank can produce a very unique wave, potentially world-class on its day, as has been seen through the region's long history as a Championship Tour stop. When its good, think big, heavy and hollow beach breaks, often breaking right on the shore. But with variety and potential also comes with some of the trickiest conditions surfers will have faced during the 2021 Challenger Series season. There are especially big tidal swings in this part of the world, and this coupled with a sudden change in the wind can turn any great session into a nightmare. On the other hand, a seemingly soft, dormant little wave can turn epic at the drop of a hat.

France has just about everything a person needs to be content in life: Fine wine, a vast array of delicious cheeses and food, a beautiful language, and if you're a surfer, heaving beach breaks in the Bay of Biscay.

Specifically, we're talking about the Landes region, where you'll find seaside communes like Capbreton, Seignosse, and Hossegor, where the events will take place.

These three towns are at the center of French surfing and for good reason. The shifting sands along this stretch of coastline produce some of the most hollow, powerful, and perfect beach break barrels on earth. Located in the Nouvelle-Aquitaine region of southwestern France, Landes is a unique destination when it comes to surfing. The beaches are dotted with bunkers leftover from World War II, and just inland from the coastline sits the largest manufactured pine forest in Western Europe.

Plus, up and down this strip of sand are marvelous surf towns starting with the lovely city of Biarritz. With its gentle waves, it's a perfect place for beginner surfers to learn the basics of surfing. What's more, it's also a great place to sample some of the best Bordeaux wine in the world after a long day of wave sliding.

As you move north out of Biarritz, you'll come across the aforementioned towns of Hossegor, Capbreton, and Seignosse, where things in the water get very serious when the conditions align.

Thanks to a massive underwater canyon that sits just offshore, big North Atlantic swells are filtered through the Bay of Biscay and slam into the nearshore sandbars. It's not uncommon for the waves at surf spots in this area to reach 10-feet or higher.

Usually, the swells that produce waves of this magnitude occur during the fall and winter months, but even the summer season can have its days. If you're planning a surfari, be sure to check long-range Hossegor, Capbreton, or Seignosse surf reports on Surfline.

Given the perfect waves Landes is known for, it's no wonder this place has churned out excellent male and female surfers. From big wave charger Justine Dupont and competition veteran Pauline Ado to Championship Tour veteran Joan Duru, this place knows how to bring out the best in water lovers and turn them into world-class surfers.

Because of the world-class waves Les Landes France can offer on tap, the beaches here have been home to countless professional competitions over the decades. The biggest one being the Quiksilver/Roxy Pro France that has been a staple on the Championship Tour since 2002.

For 2021, it's been set as the third stop on the inaugural Challenger Series. It's scheduled for the middle of October, which marks peak season for surfing in the south of France. The last time this contest was held was in October of 2019, Reunion Island local and French national Jeremy Flores took home the crown in front of a frothing local crowd.

Flores claimed it was the most meaningful victory of his career. That's saying something considering this is a guy who is a two-time Pipeline Master Champion and a Billabong Pro Teahupoo champion.

Former event victors Kanoa Igarashi and Sage Erickson return for a chance at three US Open titles amid stacked fields.

The Japanese silver medallist defeated Gabriel Medina in a heated Olympic semifinal, and this confidence could be the missing link he's

The Challenger Series rating leader from Hawaii has one goal: Championship Tour qualification.