While the next generation continues to push surfing to new realms in the shortboard world, for longboarding it's all about bringing it back to its roots. Few do that better than 16-year-old Kelis Kaleopa'a.

The Oahu, Hawaii, competitor's grace and ability among the world's best saw her win the Noosa Longboard Open. She now sits at No. 2 heading into the Jeep® Malibu Classic presented by Havaianas with a chance to become the youngest women's WSL Longboard Champion.

We caught up with her as she prepares to make history.

Kelis Kaleopaa's Dominant Run at the Noosa Longboard Open
0:59
Hawaii's Kelis Kaleopaa takes out her first Longboard Tour victory at the first event of the season.

WSL: This is your first full year among the world's best and you're a part of a World Title race. What's going through your head heading into Malibu?
Kaleopa'a: It hasn't really sunk in yet. I'm just going to go out and surf like I would in any other contest. It did hit me for the first time last night when we got a text with how the World Title could go down with surf-offs and things like that. This is a first time thing for me and I have no expectations really. I would love to win a World Title, but for a first-timer like me I just want to experience everything that's going to go down and watch all the different possibilities, and I have no expectations really.

Tell us a little bit about your childhood and who inspires you at this level?
My grandma started surfing in Waikiki and passed that down to her kids where my mom started surfing when she was about five with my dad which is funny. I got put on a surfboard when I was just a couple months old. I feel like when you're raised in Waikiki and your family surfs, you kind of have no choice but to surf (laughs). So of course it was passed down to me and my brother who just turned 10, but he's in a baseball phase right now - one of us had to do it (laughs).

I grew up watching Kelia Moniz and we share the same home base. We grew up in the same Waikiki environment and she's a big role model both in and out of the water, so definitely Sis. And Honolua (Blomfield), she's a hammer. What she did at the Surf Ranch made us tear up a bit and it was so cool to see. I think the role that plays outside of the water though plays a bigger part to me when I'm looking up to who I aspire to be like. 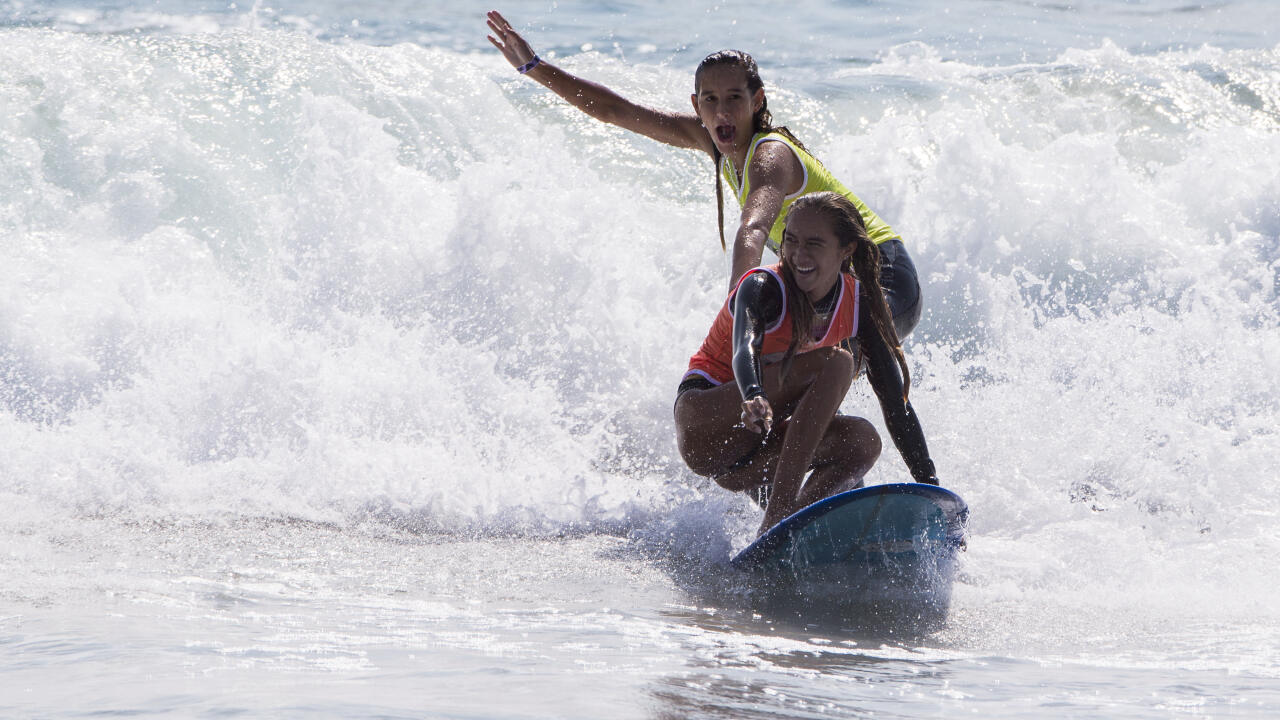 Growing up with that background and those role models, what do you aspire to in and out of the water?
I just want to stay true to who I am and what I stand for. Being a good sport and not having those high expectations and just surf. I love to surf because it's surfing. Combining that with competitive surfing can be tricky sometimes with those different mindsets. At home I just surf and I have nothing else to compete for but when I'm on the road it's all about getting into that competitive mindset. It's all about surfing because you love to surf but you also have to mix in that competitive mindset, but not too much if that makes sense (laughs). It sounds like you're on the right Tour
Personality wise I think it fits me better. Like everyone else (may say) longboarding is just so different a feeling compared to shortboarding in and out of the water.

Tune in LIVE to watch Kaleopa'a and the rest of the world's best longboarders compete October 11 and 12 at the Jeep Malibu Classic pres. by Havaianas on www.WorldSurfLeague.com.

Kassia Meador talks growing up at First Point, working with Thomas Campbell and how deep the talent pool is in female longboarding.