Some of North America's top-tier competitors packed their bags and are headed south from Virginia Beach to the wave-rich coastline of North Carolina's Outer Banks for the WRV Outer Banks Pro presented by Pacifico QS 1000 beginning August 31 - September 2. With another 1,000 points on the line to close out the back-to-back East Coast event leg, the season is ramping up and points are building.

This marks the women's fourth edition since coming back in 2018 after a fourteen-year hiatus alongside the men's seventh event since 2014. A big conclusion awaits before bidding adieu to the East Coast and a live webcast will broadcast the event from the first horn, until the last.

Both defending event victors Alyssa Spencer and Taro Watanabe are back at Jennette's Pier to back up their big wins from 2021. Spencer is fresh off a historic win at the first-ever women's Vans Pro QS 3000 to seal her as Queen of the East Coast with seven WSL wins. For Watanabe, a follow up win here would make all the difference to jumpstart his 2022/23' season after starting the season off at No. 10 following the first two events.

Also, former event victors Zoe Benedetto, Noah Schweizer, and Michael Dunphy look for their chance at more OBX glory. Benedetto currently sits at No. 3 on the rankings to start the year in hopes of backing herself up on the Challenger Series (CS). Both Schweizer and Dunphy join Benedetto and their fellow East Coast competitors as they also look to keep the event wins in home waters.

Jeanette's Pier has provided moments of sheer brilliance and tested competitor's wills to win over the years. From rifling barrels to full hurricane force winds pushing in on finals day everything in between, the sands of Nags Head are a surprise waiting to unfold. In arguably the best day of competition in WSL North America's East Coast events, 2017 provided perfect conditions from dawn to dusk. A plethora of near-perfect score and excellent scores were dropped, starting with Brian Toth and Stevie Pittman splitting a wave to both earning 9s. 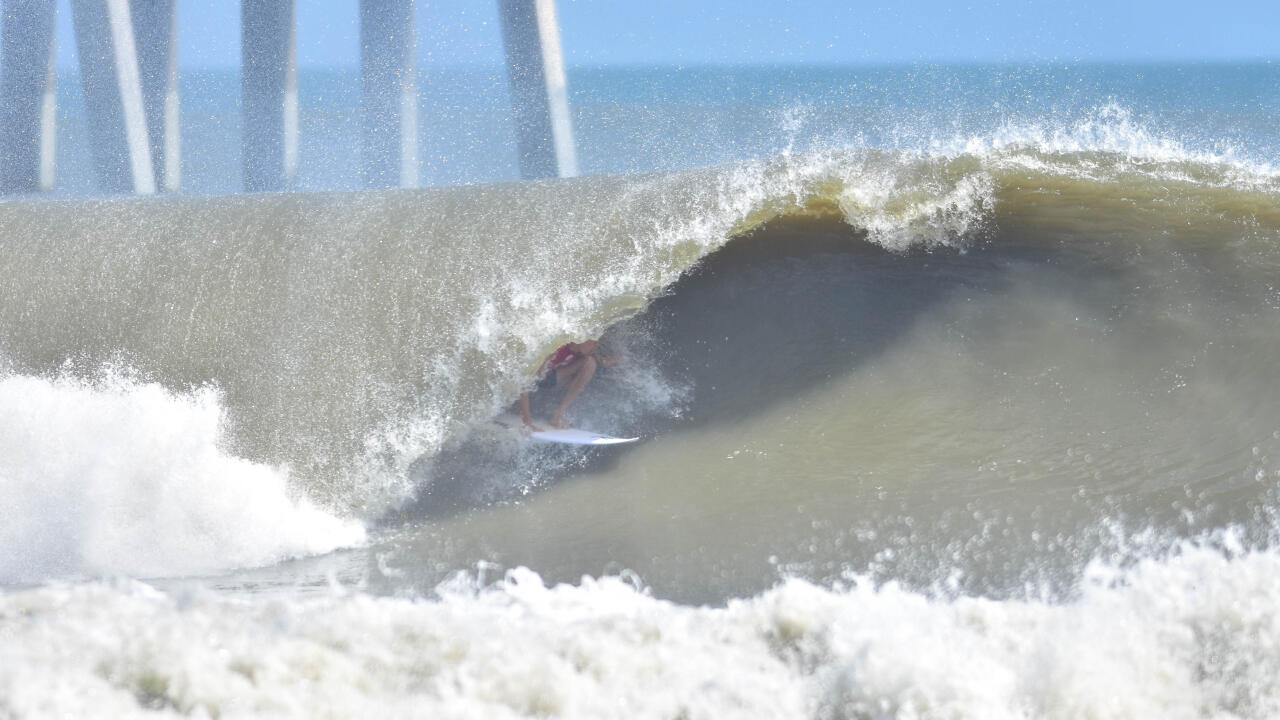 While event organizers and competitors alike await to see conditions like this return, dreams can always be had about the likes of Chris Michalak earning a 9.83 along with eventual event winner Gabriel Farias, Che Allan, Gabriel Morvil, and Dustin Richardson all earning 9-point rides. But, it was Tomas King who stole the show with a near-perfect 19.07 heat total - including the day's only Perfect 10. A historic year awaited in 2018 with the return of women's professional surfing competition in the Outer Banks. This helped provide a continuation point for more women's QS competitions being added to the East Coast and Makena Burke claimed her first-ever QS win in terrific fashion.

"I can walk away with a lot of great things knowing it's my first QS and I've never done an event like this," Burke added. "I'm just really proud of that and to show my surfing, as well as just have fun. While my forehand can be pretty good, it's nothing compared to my backhand just growing up with right pointbreaks When the East Coast delivers, it provides plenty opening day magic at unfolded at the 2019 event with Josh Burke soaring his way to perfection.

Round 1 showcased the potential threats to top seeds, but Burke seemed to not be phased by any of it and went on about his business to soar a massive air-reverse before stomping it cleanly for perfection. But, Burke wasn't done and jumped right back into another gem for an 8.33 to post an unmatched 18.33. In a thrilling showcase of last-minute heat wins and excellent scores, Asher Nolan claimed the 2015 WRV Outer Banks Pro presented by Hurley and Pacifico for a third time. Starting from Round 1 and not dropping a single heat en route to victory, Nolan's backside attack was unwavering and could not be stopped. Taking down good friend and another surfer who was in-form the whole event, Brian Toth, Nolan thoroughly enjoyed the showdown.

"This is my third win at the Outer Banks and it's just been amazing to me," Nolan said. "All my scores had been coming on my backside but when I saw that left start to open up I just went on it -- haven't really been getting the scores on my forehand so I was stoked to get the seven on it. In the end I saw Brian get a wave but then I got one more that put the nail in the coffin right in front of him at the pier."

The Costa Rican powered his way to a brilliant 13.44 heat total in a Round of 112 debut despite tough conditions.

The Californian backed up her 2021 victory and garnered a flawless run through the East Coast leg.

The men's and women's fields were dwindled to just Quarterfinalists with Noah Klapp, Chelsea Tuach heading the women's Round of 32