BANZAI PIPELINE, Oahu, Hawaii, USA (Thursday, January 19, 2023) - The World Surf League (WSL) 2023 Championship Tour (CT) season is set to kick off at the Billabong Pro Pipeline, at the iconic Banzai Pipeline, on the North Shore of Oahu, Hawaii. The Billabong Pro Pipeline holds a competition window from January 29 through February 10, 2023. This highly anticipated event begins the ten-stop race towards the Rip Curl WSL Finals where the 2023 World Champions will be crowned. The stakes are even higher this year as Pipeline is also the first opportunity of the season for surfers to earn CT rankings points, which will determine who will qualify for the 2024 Paris Olympics.

Located in the middle of the "Seven-Mile Miracle" on Oahu's North Shore, Banzai Pipeline is one of the most iconic and challenging waves in the world. Known for its fast and powerful barrels that break over a shallow reef, it has long been a benchmark to which other waves are measured and is the proving ground for surfers hoping to make a name for themselves. The WSL hosted the first women's CT at Pipeline in 2020, and last season held the first full-length women's Championship Tour event there. The women clearly demonstrated they have a place in the lineup and will return this year to showcase their talent at the world-renowned wave.

World Champions Set for 2023 CT Debuts at Billabong Pro Pipeline   Eager to uphold their titles are reigning WSL Champions Filipe Toledo (BRA) and Stephanie Gilmore (AUS). Last season Gilmore became the greatest female surfer of all time by winning her record-breaking eighth World Title at the Rip Curl WSL Finals. She is quickly edging towards Kelly Slater's (USA) all-time record of 11 World Titles, but Slater isn't done yet. He will also make his return to the jersey at Pipeline this year as defending event winner. Slater's win last year was an emotional one, coming 30 years after winning the contest for the first time and just a few days before his 50th birthday. He is determined to make history once again by adding another win to his name at age 50.

This event will also see the highly-anticipated return of two of the biggest names in surfing, two-time WSL Champion John John Florence (HAW) and three-time WSL Champion Gabriel Medina (BRA). Both took time away from competition last season due to injury but will return for their chance to further their already remarkable careers.

Rookies Prepare To Make Their Mark

This year's CT rookie class features exciting fresh faces and includes surfers from countries which have never before been represented. Rio Waida (IND) and Ramzi Boukhiam (MOR) have made history by being the first CT competitors to represent Indonesia and Morocco, respectively. The qualification of Maxime Huscenot (FRA) marks France's resurgence on the CT after Jeremy Flores (FRA) retired last season. Maui, Hawaii's Ian Gentil (HAW) has had a long road to the CT after many years competing on the Qualifying Series and Challenger Series and will finally take his place among the best in the world.

Oceanside, California's Caitlin Simmers (USA) will also make her long-awaited CT debut at Pipeline. Simmers qualified for the CT 2022 but declined the invitation. Rounding out the Rookie class is Sophie McCulloch (AUS) who defied the odds of qualifying for the 2023 CT by winning the Haleiwa Challenger at Home in the Hawaiian Islands.

Go Behind The Scenes With Italo Ferreira As He Wins 2019 World Title and Becomes A Pipeline Champion
22:42
Take an intimate look at Italo Ferreira's maiden Pipe victory and World Title on the North Shore of Oahu.

World Title Hopefuls Return in Search of Their Own History  A break-out year for Brisa Hennessy (CRI) ended with a No. 5 finish, a career-best for the young surfer from Costa Rica. She now returns with her name well within the pre-season World Title discussion and hopes to be Coast Rica's first-ever WSL World Champion. Also hoping to make history as Brazil's first ever woman to win a World Title is Tatiana Weston-Webb (BRA), who finished the year in a commendable fourth position on the rankings.

Kanoa Igarashi (JPN) made his first appearance in the Rip Curl WSL Finals last season and returns this year with motivation to make it all the way to the top and bring Japan its first WSL World Title. Fellow Rip Curl WSL Finals contenders Jack Robinson (AUS) and Ethan Ewing (AUS) also have their sights set on returning to the Top 5 and bringing Australia its first men's World Title since Mick Fanning in 2013. 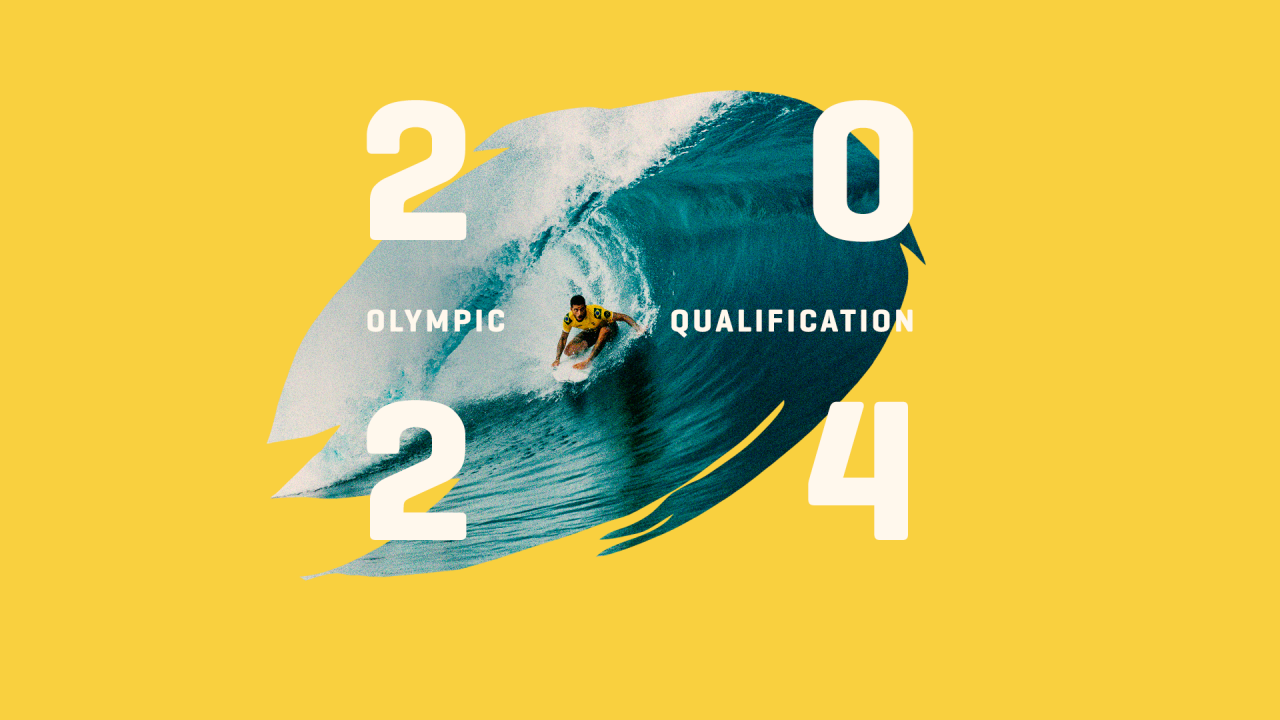 Olympic Qualification Race is On

The Billabong Pipe Pro is the first of ten CT stops during which athletes can accumulate points to earn a spot in the 2024 Paris Olympics. The 2023 CT is the Tier 1 pathway to Olympic qualification for the world's best surfers. Of the 48 athletes competing in the games, the first 18 (10 men and 8 women) will qualify via the 2023 WSL CT final rankings.

Watch LIVE The Billabong Pro Pipeline will open on January 29 and holds a competition window through February 10, 2023. Once called ON, the competition will be broadcast LIVE on WorldSurfLeague.com, the WSL's YouTube channel, and the free WSL app. Also, check local listings for coverage from the WSL's broadcast partners.    For more information, please visit WorldSurfLeague.com.