Garcia (R) and RamÃ­rez Gil (L) with Mayor Correia of Peniche at the end of their journey. - WSL / Damien Poullenot/ Aquashot

As the Top 34 took on the punishing barrels of Portugal, two men were pushing their physical limits on land. Oscar Garcia and Javier RamÃ­rez Gil rode bicycles from Hossegor to Peniche -- a total of 1,600 km -- for their organization, Coge3. Their mission was simple: Showcase the problem of plastic litter along the Atlantic coastline up-close to educate and inspire change.

Garcia, who founded Coge3, and RamÃ­rez Gil, Director of Marketing, timed their journey to begin just before the Quiksilver Pro France and conclude during the Moche Rip Curl Pro Portugal. They cycled 80 km (about 50 miles) daily and made a handful of stops, meeting with surf schools, civic leaders, and prominent surfers. 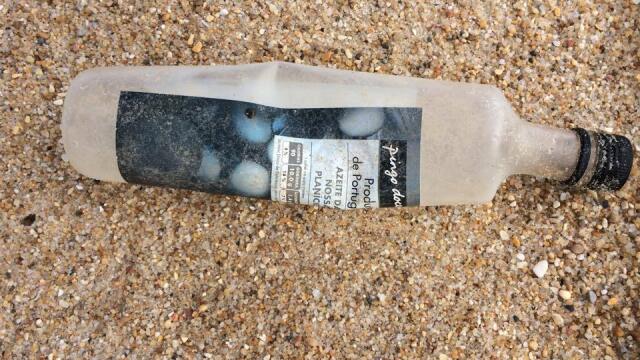 Litter on the beach at Nazare. - WSL

A passionate big wave surfer based in Galicia (Spain's northwest region), Garcia launched Coge3 three years ago in response to the plastic litter at his local break. Since then, the organization has assigned student ambassadors throughout Spain to help monitor, tackle and report on the issue, and works closely with universities and schools to educate and galvanize a movement.

Following his month-long trip, Garcia spoke about it with the ASP:

ASP: What is typical work for Coge3, outside of the bike journey?
Oscar Garcia: Now we are gathering information about the type of plastic, and above all the deceptions that recycling companies have shown to society. Recycling plastic is a hoax and so our main campaign is to show the dangers [that nature faces]. 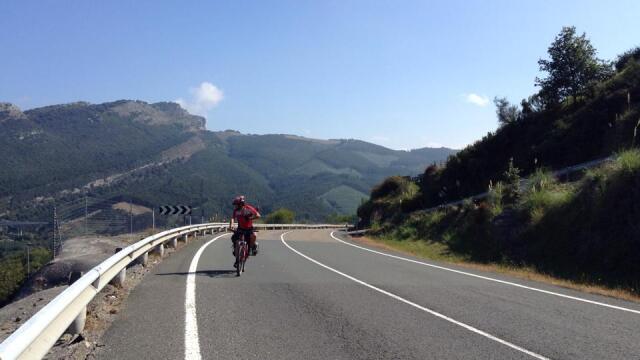 Garcia on the journey. - WSL

ASP: So, some recycling companies say they are recycling but they're not?
OG: It's cheaper to build new plastics and old plastic they send to third world countries for them to use in low-quality products in a process called downcycling. Our work in colleges and universities show the problem that plastics poses to what we love -- the sea -- and show a solution to the problem.

ASP: What inspired the road trip by bike?
OG: We picked the bike trip so we could see how are the roads of Europe. People throw everything out the window of the car and then when it rains it fills the rivers and then the sea. The situation in Europe is a mess and unless we do something soon it will be too late.

With the bike you can see the nature more slowly. Nature is talking with us, and she is angry. Angry that humans are killing her. Us surfers live by the waves, our energy comes from the sea. Surfers need to do something. The sea is dying and we will die of sadness. 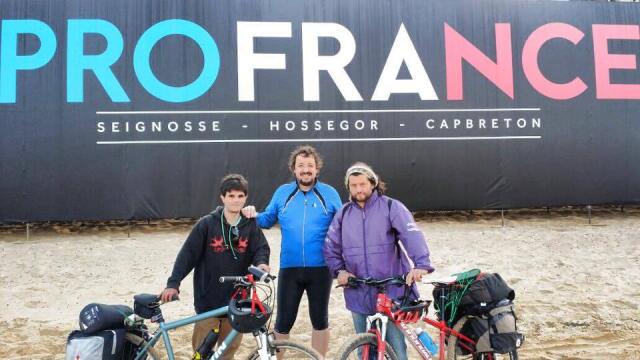 ASP: What were some of the experiences from the trip that stood out?
OG: There were two stages that [affected] us. A factory in Spain poured caustic soda over the sea and the beach north of Nazaré, the most contaminated plastic we've seen. In front of the biggest waves in the world all this pollution. But the biggest problem was the roads: People use [them as a] landfill and, when it rains, all that goes into the rivers and then the sea.

ASP: After all of your efforts, do you feel that you accomplished the goal of the trip?
OG: [It's]...very simple. Everyone is important. Every time they go to the beach or the mountains, remove three pieces of trash and send us the photos and we will publish them. Everyone is important and should be included. Our trip was to show the problem. Now let's show the solutions.

ASP: What is the biggest thing that you learned from your trip?
OG: We have learned that the pollution has many culprits: The companies that do not reduce their use, consumers who buy unnecessary things, the indifference of politicians. Our plan is to expand world wide. We are in Egypt and want to help around the world. We have a problem and we will show it.

Gilmore claims come from behind win to claim a spot in the Semifinals in Margaret River.