Kelly Slater (USA) confirmed Tuesday to the ASP that he broke a bone on the second and third toes of his left foot.

This came after the 11-time World Champion visited doctors in Orange County, Calif., to assess the condition of an injury he sustained a few days prior, while surfing Cloudbreak in Fiji. Slater's doctors estimate he'll be sidelined for approximately 3-to-4 weeks, but they anticipate he will be ready to chase another WCT Crown at the Pipe Masters. 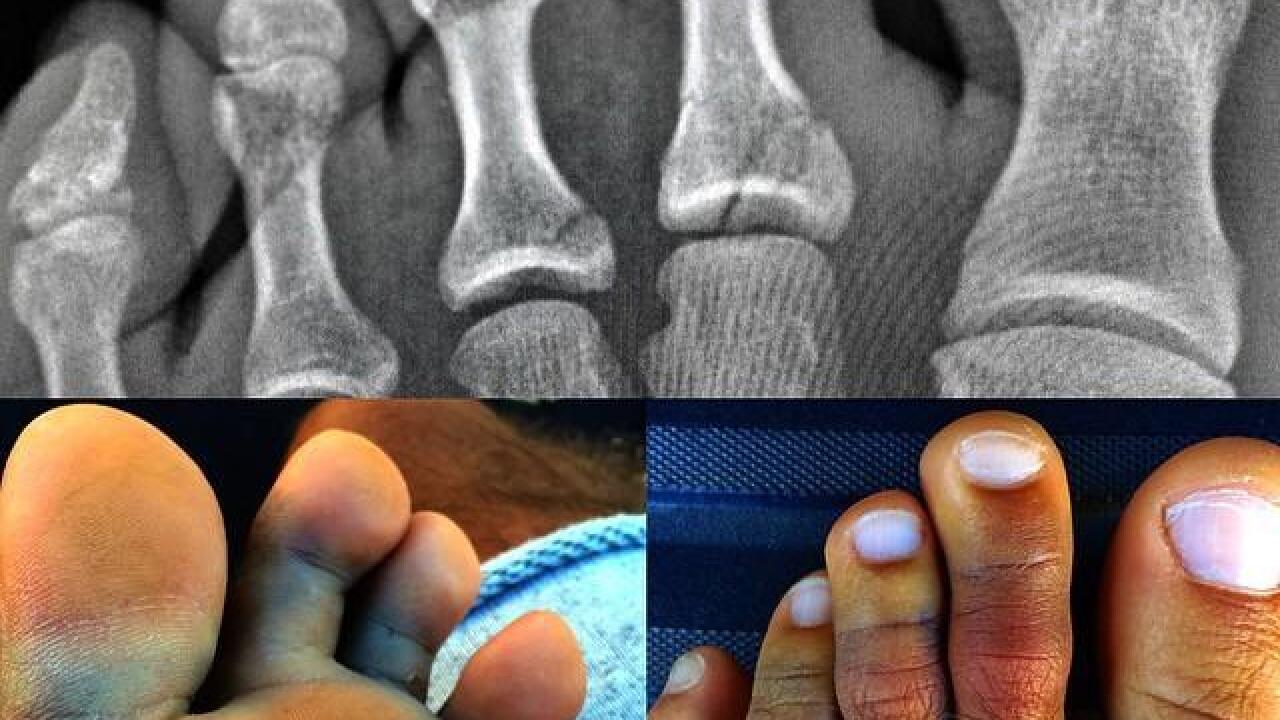 Slater posted shots of the injury to his Instagram feed. - WSL

"The foamball from the lip landing inside the barrel bounced back up and flipped the board into my foot, hyper-extending the toes backwards," Slater wrote on his Instagram feed. "My second toe was sitting kind of across my third one so I knew something was a little off."

"The day before that I went over the falls and broke my fin off with my knee, so I'm actually probably lucky to not have gotten hurt worse," Slater also wrote.

The trip to Fiji came after his disappointing loss at the Moche Rip Curl Pro Portugal and in advance of the WCT season's final event at Pipe, where Slater has had much success -- he's won the Billabong Pipe Masters more than any surfer in the event's 33-year history. He will head to Hawaii as No. 3 in the World Championship Tour Rankings,

While Slater's injury won't be sidelining him at Pipe, two of his fellow WCT competitors haven't been so lucky. Taj Burrow (AUS), ranked No. 9 in the world, has opted to get shoulder surgery before the Pipe Masters. The decision will keep him out of the water for the event, but position him to start the 2015 season in optimal shape. C.J. Hobgood (USA), whose fin cut his foot during a freesurf in Portugal, is uncertain as to whether he'll be healed in time for the final event of the year. For Hobgood, No. 23 in the world, his ability to compete there could impact his WCT requalification.

The Billabong Pipe Masters is set to run December 8-20, 2014. All the action will be broadcast LIVE daily on the ASP homepage.