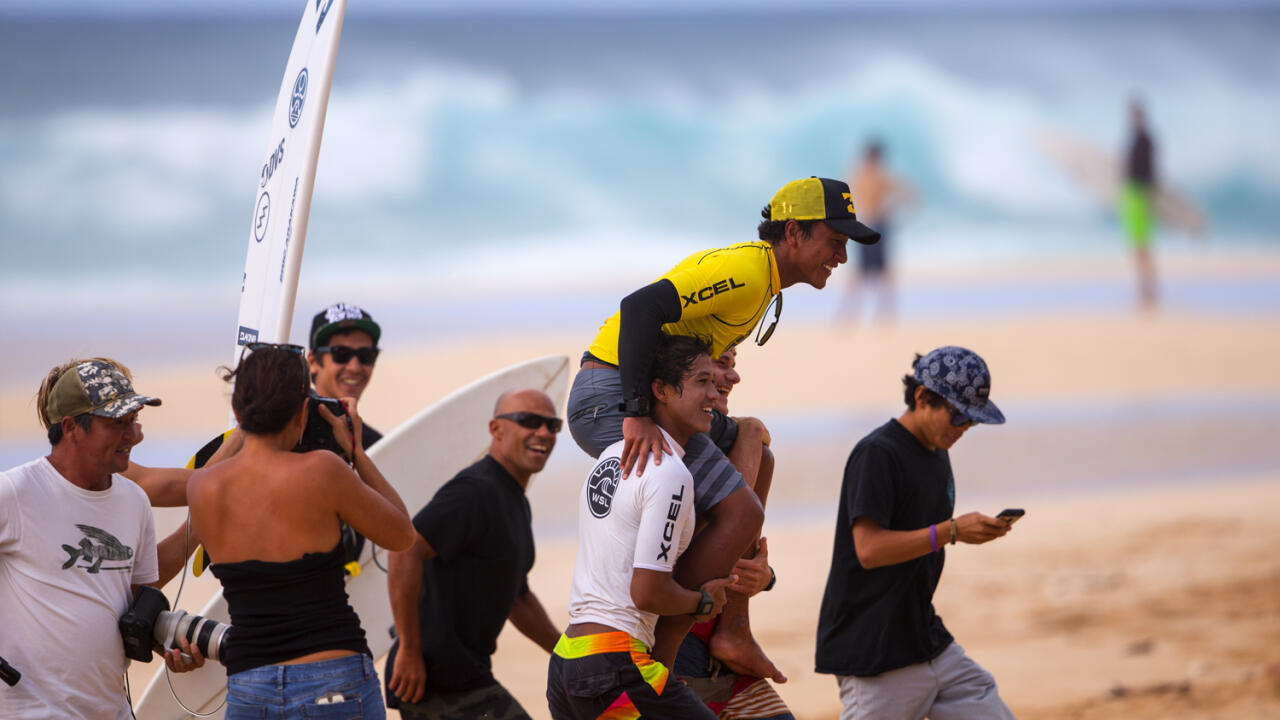 Honolulu's Josh Moniz, 18, took over the title of Pipeline Pro Junior champion from his younger brother Seth today, with a dynamic, never-say-die performance in punchy 6-foot surf. Josh opened the Final with the highest scoring wave and tube-ride of the event - a near-perfect 9.8, and closed with a backhand aerial 360 in the last five seconds to win. Runner-up was Benji Brand of Haleiwa; third was Spaniard Natxo Gonzalez; and fourth was Seth Moniz. The Pipe Pro Junior is a World Surf League Junior 1,000 event.

From his opening round heat earlier in the week, Josh knew his toughest opponent would likely be Seth, 17, who entered the Pipe Pro Junior as not only the defending champion, but also fresh off a win in the recent Sunset Beach Pro Junior. But as it turned out, the Final became a two-man battle between Josh and his good friend Brand. 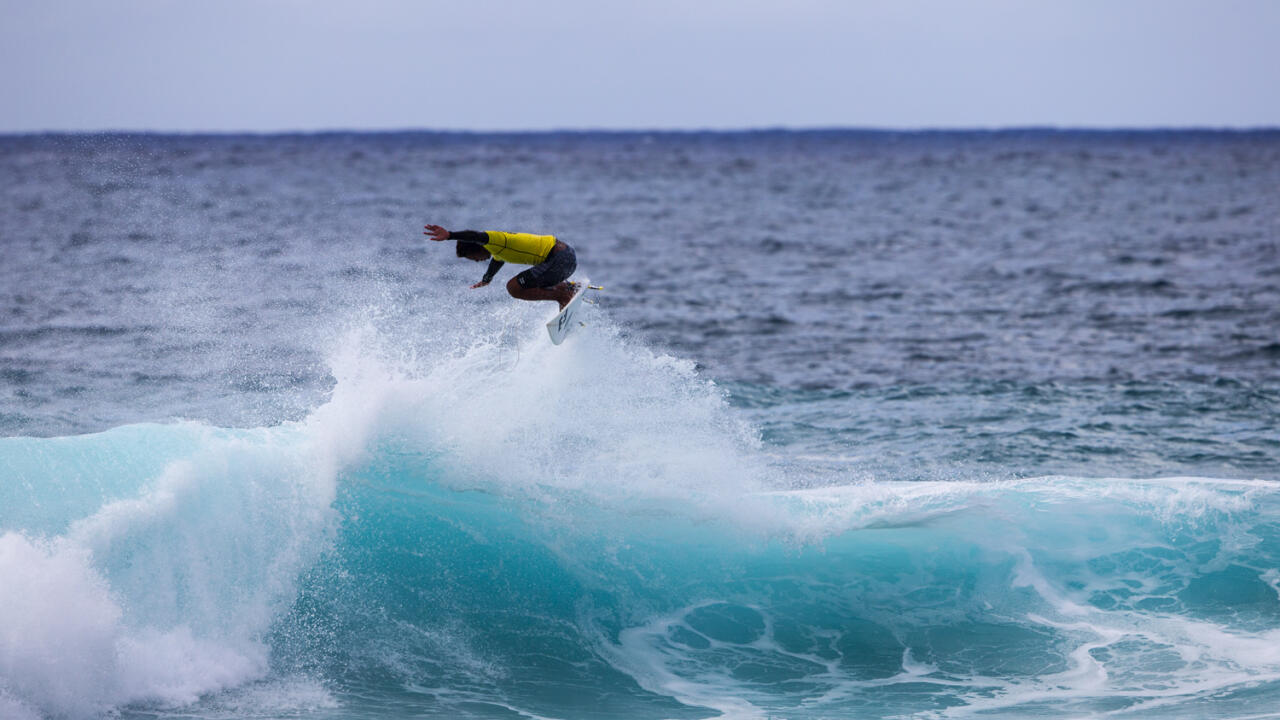 Despite his huge opening score, Josh battled to find a back-up ride through much of the 30-minute battle while Brand's blistering vertical attack chalked up two sevens. With less than a minute on the clock it appeared Brand, 18, would claim his first win against the Moniz brothers. But with five seconds remaining, a flawless Hail Mary backside air on a left-hander brought the beach to its feet and delivered Josh 7.0 for the win.

"After my nine I knew my chances of winning were pretty good, because people were winning all day with about 13 points," said Josh. "But once I got it, I had a weird feeling. I just couldn't find a wave the whole heat. I know Benji so good. He's so good at finding little waves when it's like this, and he got his two sevens and I got pretty freaked out."

Josh was as impressed as anyone on the beach with his clutch air. Doing most of his training in Town -- on the South Shore of Oahu -- a backside air is a maneuver he rarely practices.

"When I caught the (last) wave I was hoping I'd be able to do three turns and get the score, but it kind of ran away from me. I kind of gave up on it but somehow a little air section came and I did it. I was psyched because I never do backside airs. The wind is usually going into the rights for me in Town, so it was a dream air. I was pretty stoked."

A long way from home, Bilbao's Natxo Gonzalez, 19, was stunned to find himself in the Final. With the event so stacked with top up-and-coming professionals, he never imagined it would end in a Top 3 finish. But his performances on the final day of competition were inspiring and well worthy of a berth in the Final. He eliminated more than a few highly regarded juniors along the way, including: Noe Mar McGonagle (CRI); Barron Mamiya (HAW); Joshua Burke (BRB); and Derek Gomes (VEN).

For the Moniz brothers and Brand, today's results are vitally important. Come next winter, Hawaii's top two Juniors will receive entries into the Vans Triple Crown of Surfing, the most famous pro surfing series in the world.