Nearly 30 years after Matt "Mayhem" Biolos first entered the shaping scene, sanding surfboards under Herbie Fletcher, he owns Lost Surfboards, one of the biggest and most recognizable surfboard brands in the world. Although Biolos credits Chris Ward with "putting him on the map" and the WSL's very own Strider Wasilewski with the first magazine cover shot featuring one of his boards, his all-star lineup of surfers today includes three-time World Champ Carissa Moore, Tyler Wright, the Ho family, Taj Burrow and Kolohe Andino, among others. 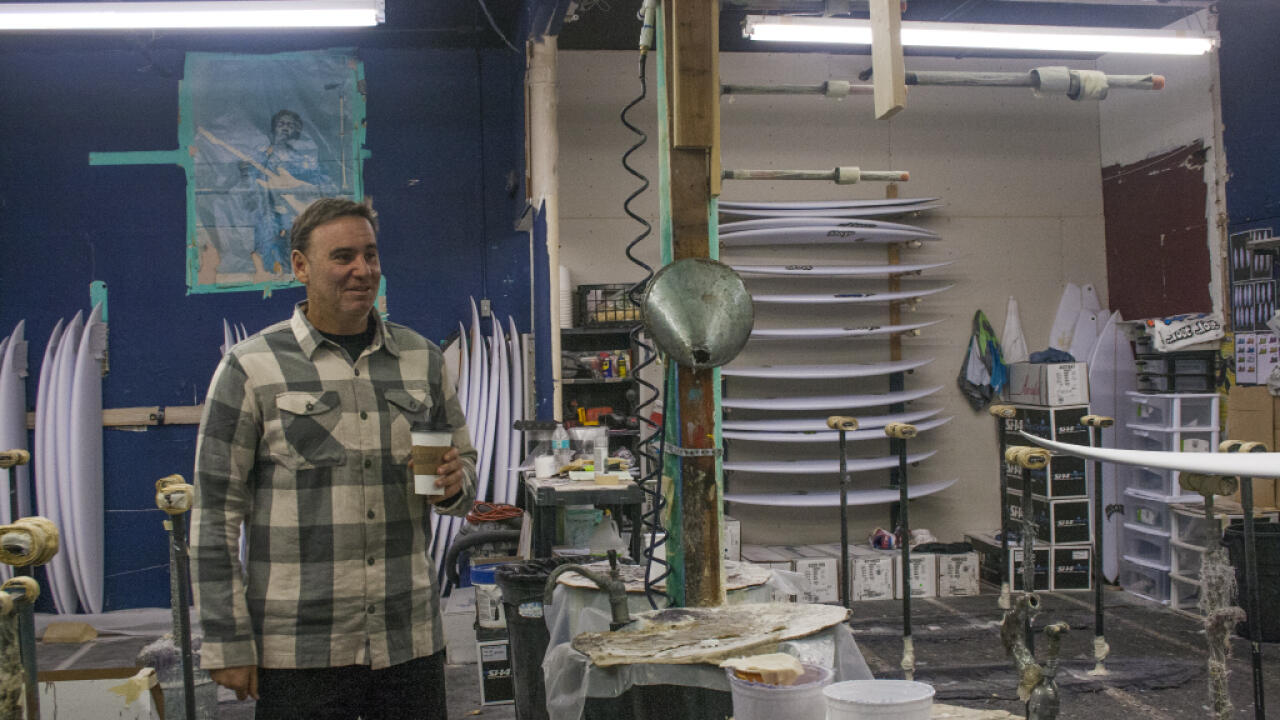 Of the 10 events on the women's Tour in 2015, four were won on shapes by Biolos. As the years have progressed, his focus has turned more toward the marketing and development of his business, which now boasts three facilities in San Clemente: A shaping warehouse, a glass shop, and a shipping facility for quality assurance.

But unlike many of the surf world's big-name shapers, Biolos still gets his hands dirty, refining many of his team riders' boards in the shaping bay. And, 10-15 times a year, Biolos makes time to return to his roots, appearing in local surf shops to take custom board orders, talk to local surfers, and find the best shape for their needs.

Daniel Jenks: Can you give me the brief rundown of how you got into shaping, what your roots were, what got you interested in it?
Matt Biolos: I was kind of a typical Southern California kid growing up in the 1980s, skateboarding and snowboarding. Actually didn't get into surfing until 1983 when I was about 14, surfed all through high school but was never really competitive, like one of the big surfers. It was just one of the things I did alongside fishing, skating, sailing and all that stuff. There was never a direct focus on it.

But I did spend a lot of time on boats and all throughout high school I worked on boats, doing maintenance and cleaning. Some of the guys who worked in the ship harbor there in Dana Point were working on boards, and I tried a hand at it and it just seemed fun. But then about a week after finishing high school I was working at Herbie Fletcher's shop, and sort of never left. He was a bit of a catalyst and now I've been doing it for about 28 or 29 years. 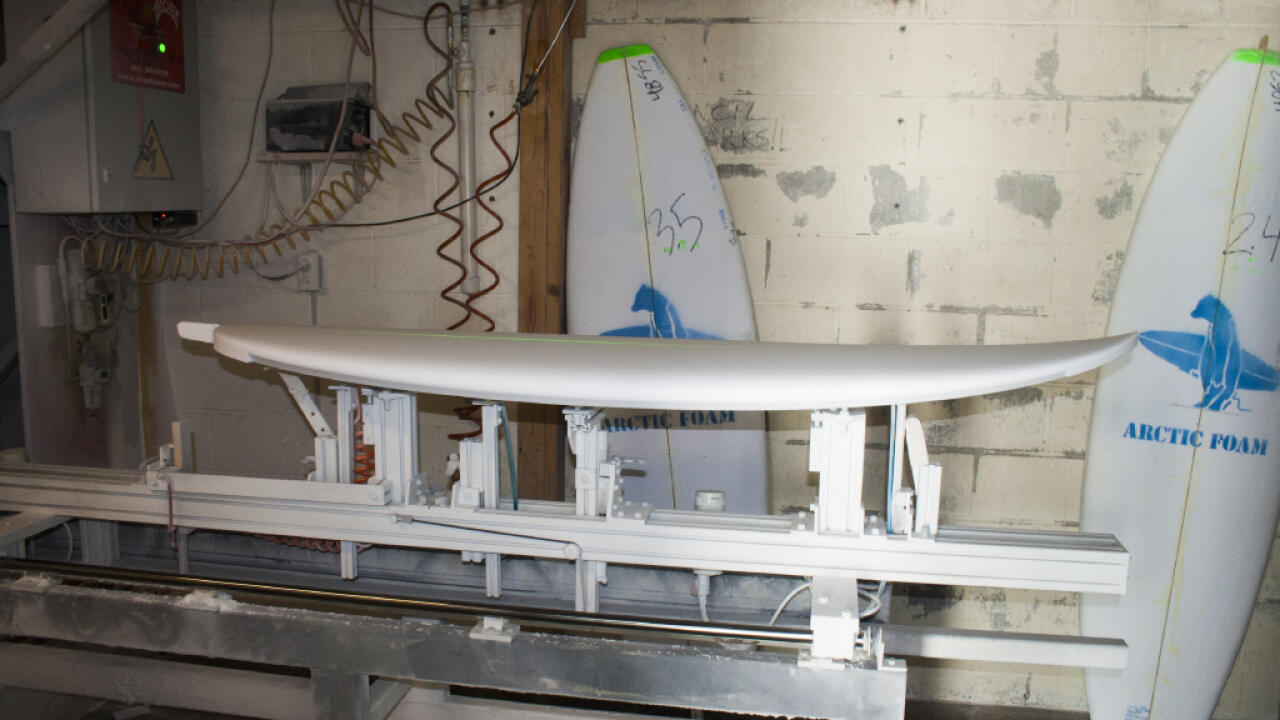 Biolos uses the AKU-Shaper. A board takes roughly 20-30 minutes in the machine, before the hourlong hand shaping begins. - WSL / unknown

DJ: Can you give me a rough estimate on how many boards you had to shape before a surfer could come to you, ask for specific dimensions and feel, and you knew you could shape that?
MB: Last week (laughs). I don't know, you start getting confident as the years go by, I really didn't start getting confident until the whole Chris Ward, Corey Lopez and Shane Beschen era. Like the mid-to-late 90s, that was when I realized I was getting pretty good at it. Where I could make boards for some of the best surfers in the world, and once you feel like you can do that, you know that's a [bench mark], when you can discern needs based on performance rather than how pretty the glass job might be.

DJ: When you look back on your career, is there one surfer riding your boards that made you think you had "made it"?
MB: Early on I was doing stuff for the Fletcher brothers, and Strider was making a name for himself out at Pipe. But in reality the surfer that put me on the map is Chris Ward. Without a shadow of a doubt, he's the guy. You know 15-year-old Chris Ward in those early movies where he was gnarly.

DJ: I know in terms of design, you were one of the first guys to really look at surfboard volume as a key factor in shaping for individual surfers. Could you tell me about that?
MB: The guy who designed the CAD (computer-aided design) surfboard program, was the first guy to tell me to pay attention to volume.

DJ: What did you find there? What did you discover?
MB: Mainly ratios to body weight was the first thing. I had an enlightened argument with Shea Lopez in the early 2000s when he was riding alongside the Top 10. He was one of my best friends at the time, would look at my board and say, "Look at this fat beast you're riding! This thing is a boat!" And I was like, "Well you're 150 pounds, a pro athlete and 6-8 years younger than me. I'm 210 and an average surfer and older than you, I also surf in crowds and you surf in man on man heats." So Shea was riding like 27 liters or something like that, and back then they were like 6'8" or 6'1", and then I was riding like 36 liters. But if you did the math it was the same amount of foam ratio in relation to body weight. He's a bright guy, he's shaping now. And then Mark Price started putting the volume on his stock Firewires. I was going over it with all my team riders, but when I saw that he did it on stock boards I told them, "That's brilliant, I'm going to do that." DJ: What would you consider being one of your biggest successes?
MB: Maybe the round nose fish. I'm not too sure. I think the round nose fish and fish movies put us on the map and we still have the memories of that. Working with the top surfers is also great, Kolohe and his ascent to the Top 34.

DJ: Obviously boards are getting a lot more refined, surfers are getting 60-70 boards a year. What would you say is the hardest part of trying to find out what people like and what they don't?
MB: It's really hard, there are a couple guys who are more consistently hammering that side of things, you know like Channel Islands and JS, even Darren Handley. But with all my years of designing I don't have that 100 percent intense focus on designs purely for competitive surfing. I kind of let my drift focus on fun boards and all the other aspects of the surfboard business.

I think my biggest problem is staying focused. Dino Andino really helped me focus. Dino is Dr. Frankenstein. He's so legit, but you don't mind taking tons of feedback from him. Whether it was from himself when he was surfing on the Qualifying Series and this little tiny kid, and then raising his son. He's very intricate in my design patterns and life. His feedback is incredibly helpful, he's my main gauge for everything.

His son Kolohe, for whatever people say, has the laser-sharp competitive attitude, and that's very, very rare to find among the other California surfers. He just has that kill-or-be-killed attitude, if you look back at all the legends of California surf culture, whether it be Phil Edwards or Mickey Dora, Tom Curren or Dane Reynolds, the list goes on. 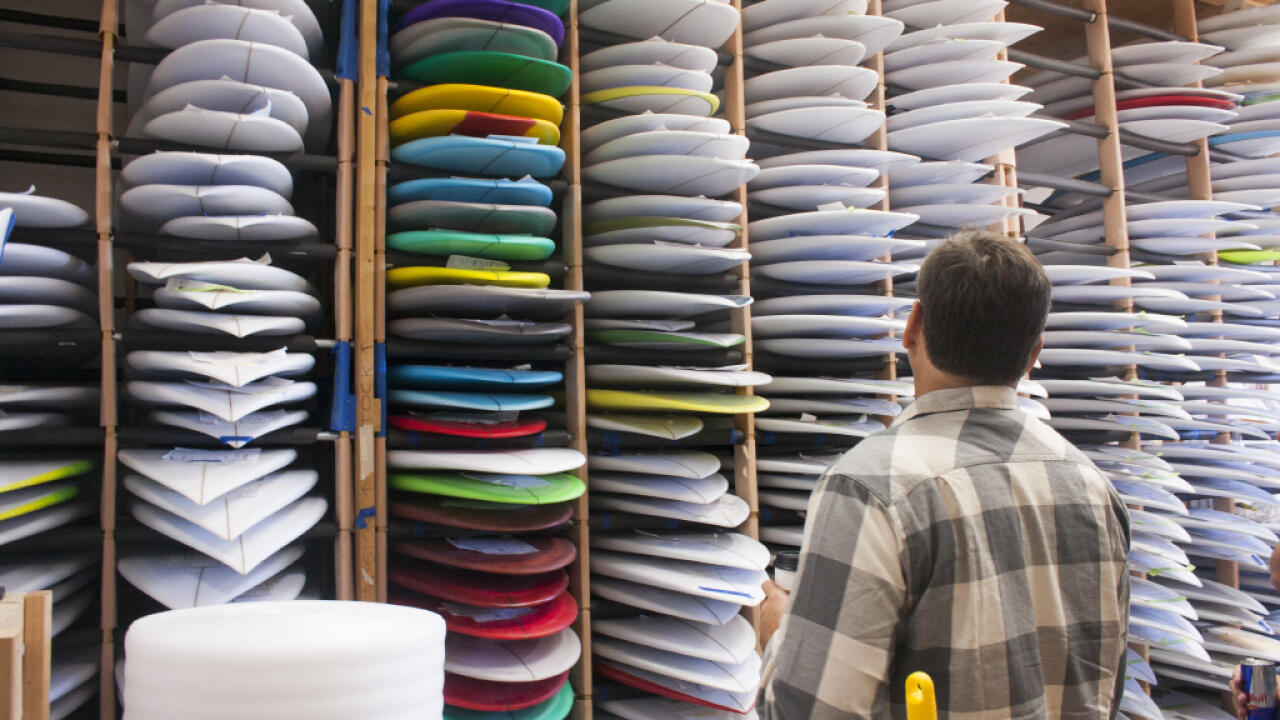 DJ: Looking at those people, how do you frame that? Why do you think the culture in California is that way?
MB: Well there's two things. On a positive note, there's the deep history and culture that we're raised on style, point breaks and really what surfing really is -- a culture and a lifestyle, the California surfing lifestyle changed the entire fashion universe over the last four years. Surfing is so much more than just a sport, in the 60s, 70s, 80s, even 90s if you were a surfer you were a jock.

And then after Kelly Slater showed that there was money to be made, surfing started to turn a little more into a sport. But if you look at Australia, surfing has been competitive since day one. They've had the club contests and lifesaving contests, paddle contests and whatnot. In Brazil surfing is straight-up a sport, it's no different than soccer. In California, only the best surfers enter contests. In the 70s and 80s there weren't many pro surfers in California.

DJ: In terms of the best part of the art form of shaping, what is it that excites you the most about it?
MB: Making new ideas, new curves, anything new. New rockers, new designs, I'm always trying to do something new. Almost to the point where I just switch things up, I just want to not make three copies or whatever of the same board all the time. 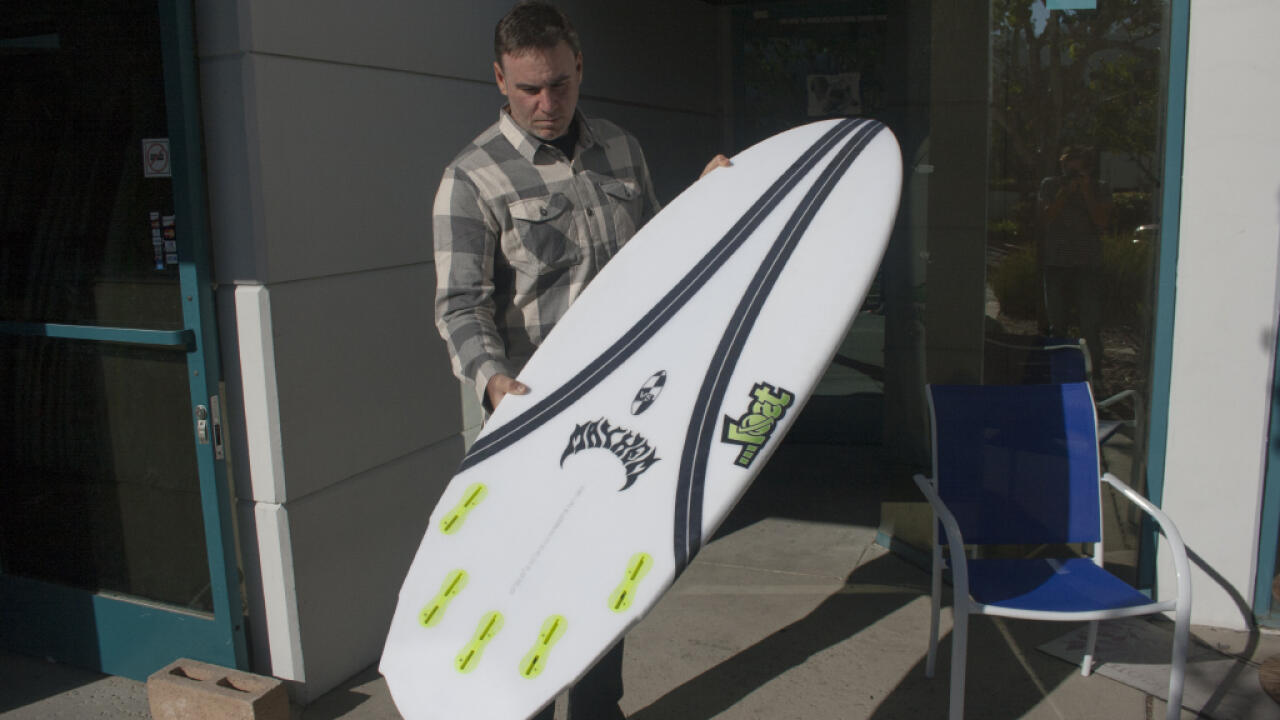 Matt Biolos will be dropping a few new models in the coming months, some of which will include his new carbon wrap. - WSL / unknown

DJ: Does that get complicated with all the people riding for you, on top of custom orders as well. Do you ever feel overwhelmed, like you don't have enough time to do that fun stuff anymore?
MB: I make time to do that, I think why my brand differed from other brands is because I make that time to do my own stuff. I've had like six guys on the World Tour, and I had to make boards for every event for those guys. I couldn't really retain it, I lost Julian and I lost Brett Simpson. I couldn't give them the focus, I wanted to do stuff like go skiing in Mammoth [in California] for a few days and I just didn't have the time for everything. I wanted to make fun boards, I wanted to surf.

I'm a California guy, I'm not Darren Handley. Those guys are just competitive animals and I just don't have that. I'm good at other things though too. I do better with a tighter team. I do great when it's Chris Ward and Corey Lopez.

DJ: Do you even bounce ideas of other shapers?
MB: Design-wise, not so much. Business wise we're a little more transparent wise with each other. I work close with a lot of shapers, a lot of Australians -- MR, Handley and Americans, Patterson. But, for the most part I think when we're talking about how to get this difficult business going and materials, quality and money. It's kind of a respectful relationship to make sure we all stay around.

There was one guy I talked a lot of design stuff over the years and that was Johnny Cabianca, Gabriel Medina's shaper. Johnny and I are really good friends, we've spent hours together, we can sit on the computer whenever and just vibe together. Johnny is one of the most underrated guys and shapers ever, same with Patterson, Patterson is underrated as well.

Watch Biolos' boards in action when the 2016 Championship Tour kicks off in March on the Gold Coast of Australia.