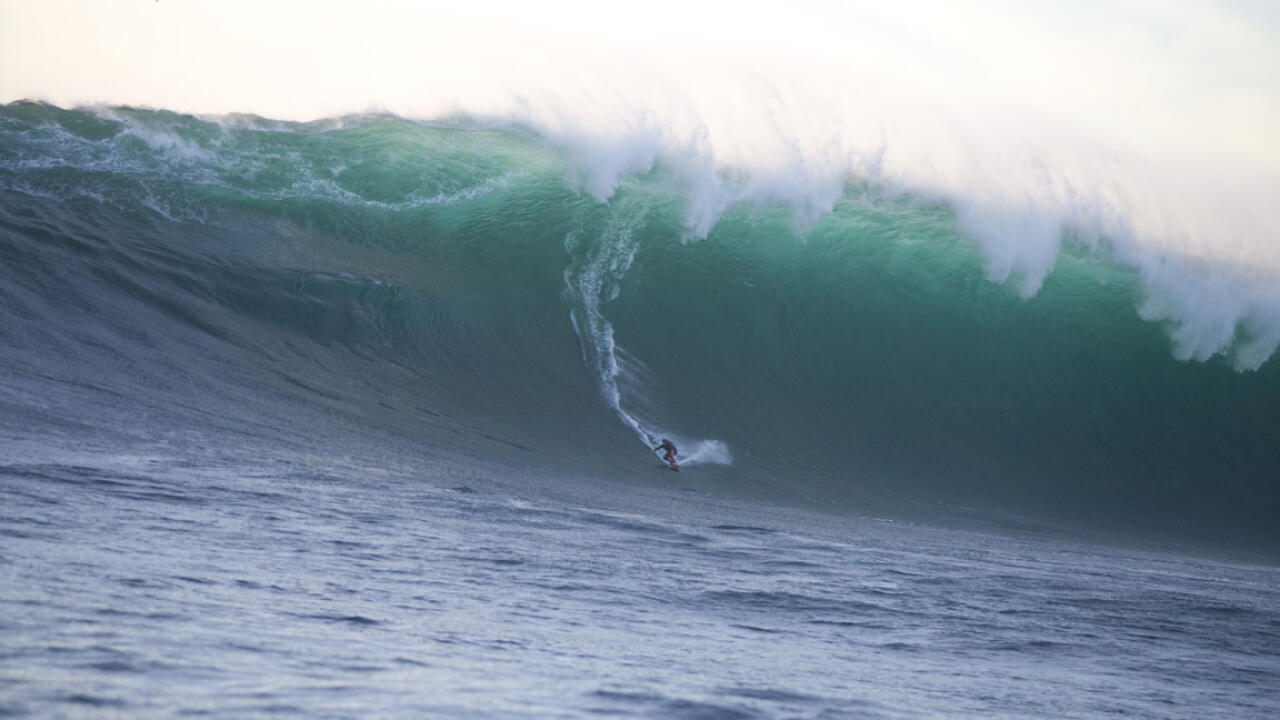 Todos Santos hasn't made major headlines since 2006, when Brad Gerlach won the XXL Award there towing into this monster. Photo: Rob Brown. - WSL

Big Wave Tour events are a massive exercise in mobile operations, and the Todos Santos Challenge, which takes place 11 miles off the coast of Ensenada, is aptly named for those working behind the scenes. Photographer and Captain Rob Brown has more than 30 years of Todos Santos strike missions under his belt. He'll be driving WSL broadcasters into the pit on Sunday. - WSL

The WSL's Big Wave Tour brass will be relying heavily on veteran strike leader Rob Brown to bring fans the action this Sunday when the contest runs. Brown, 57, has been shooting off the tiny Mexican island for more than 30 years, chronicling many of the legendary sessions that put Todos on the big-wave map. In 2006 his photo of Brad Gerlach riding a massive wave won the Billabong XXL Award for biggest wave of the year. 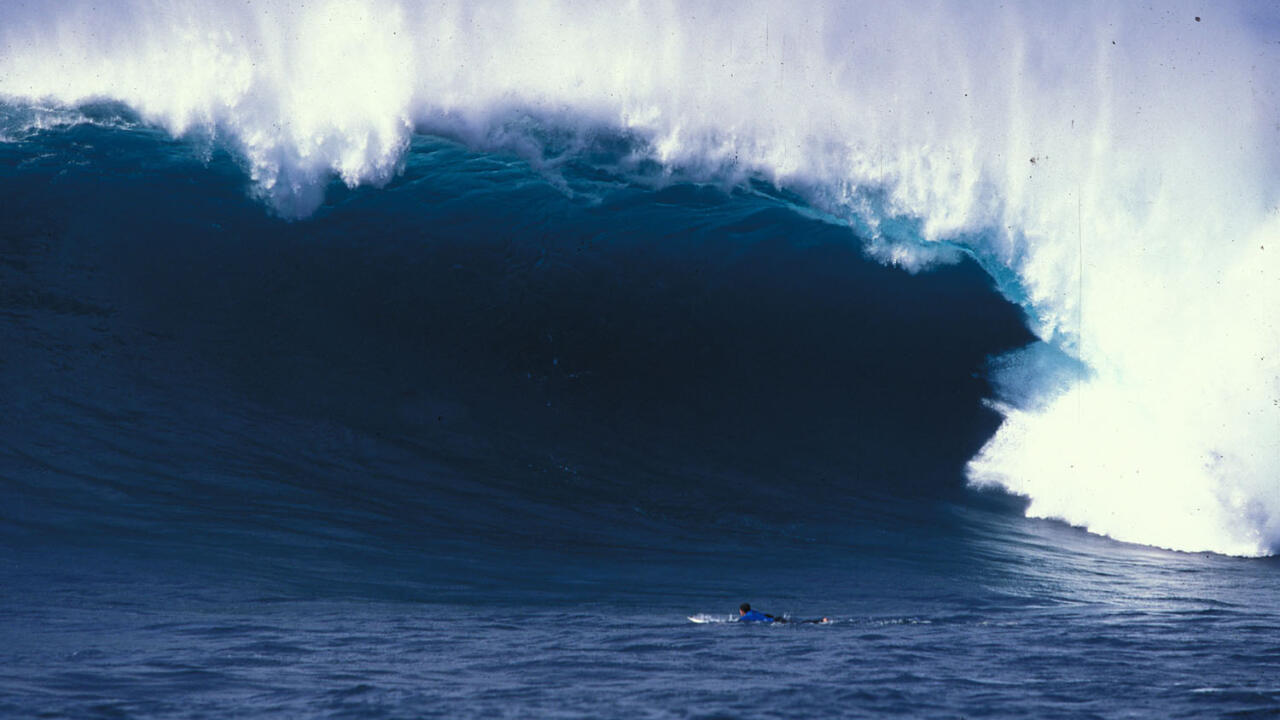 Some of the best waves hit the inside boil, luring many a surfer inside. That's fine until this happens. Terence McNulty, scratching. Photo: Rob Brown. - WSL

This Sunday Brown's 36-foot Twin Vee boat, equipped with two 300-horsepower Mercury Verado outboard engines, will be putting cameras right into the danger zone. Fortunately, he won't have to do his usual act of driving with one hand while shooting with the other. He'll be hosting broadcast and still photographers on the boat while he focuses purely on getting them into position.

WSL: You've been on countless strikes out to Todos. What do you make of the Surfline forecast and what we can expect on Sunday?
Rob Brown: Oh it'll be huge. Looking at the numbers, and the westerly direction, it's going to be way out past the outside boil, so there will be bombs. 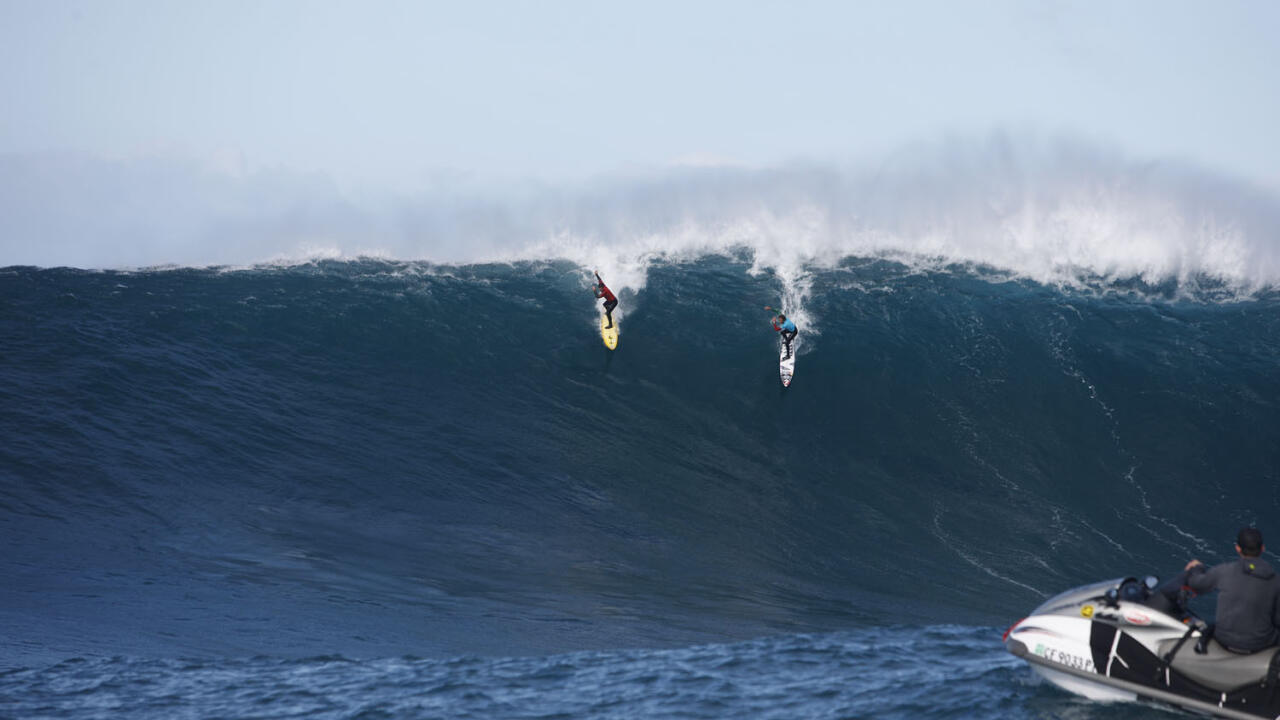 It's been five years since the last event at Todos Santos, and the caliber of big wave surfing has skyrocketed since. That should make things interesting. Photo: Rob Brown. - WSL

WSL: Todos has been living in the shadow of other big waves for much of the last decade. Do you think it will surprise people?
Brown: I've seen a lot of people come in and try to downplay the place, but each one of them left with a lot more respect than they came with. It may have an easier takeoff than other waves, but its power will knock you out.

WSL: Peter Mel was saying the bathymetry of Todos is unique in that it magnifies any swell that comes its way. The wave gets taller. What do you think makes Todos Todos?
Brown: There's that, but for me it's how stunning it is to look at. The water color is gorgeous. The visibility is endless, and out there off that island it's like they're surfing in an aquarium.

WSL: Do you feel like you're taking risks when you're zipping around so close to the lineup?
Brown: If you know the tides, and all the hidden rocks, Todos is a lot like Maverick's or Teahupo'o, where you can get up and close. I may get a little closer than most drivers, but that's also because I've built my boat specifically around this kind of mission. 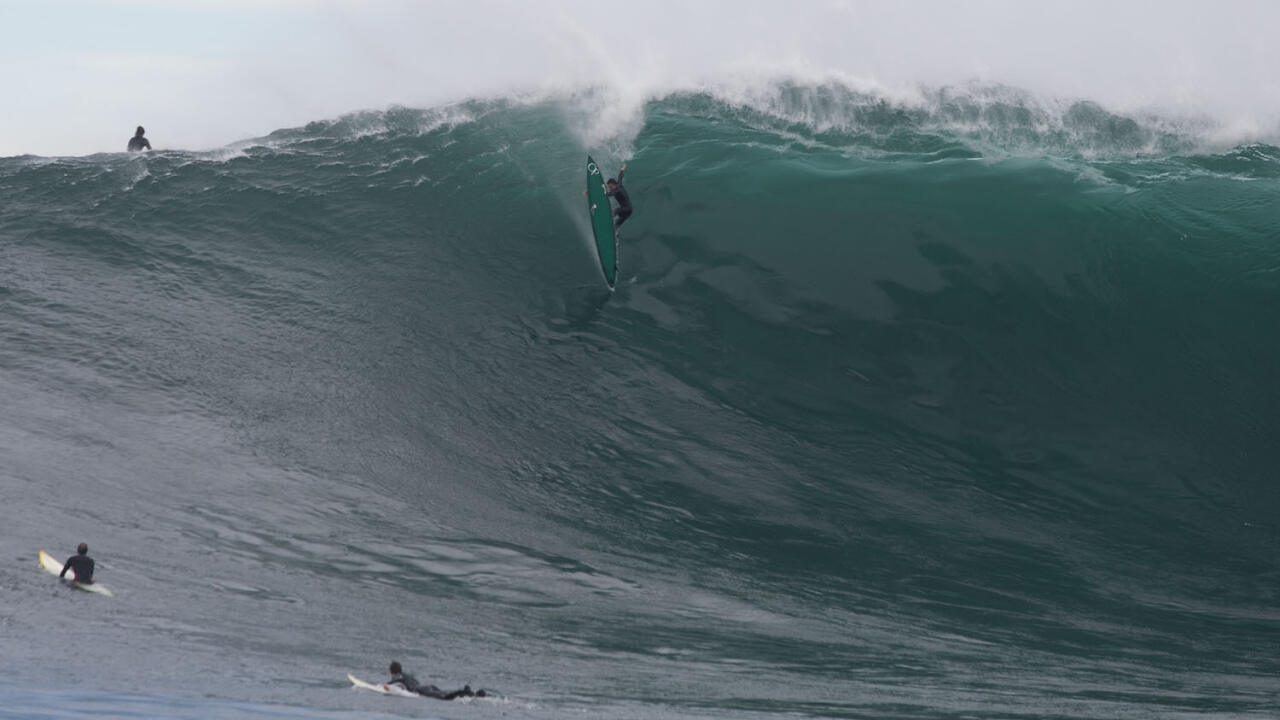 Before he was one of the best big-wave riders on the planet, a young Greg Long cut his big-wave teeth at Todos Santos. Photo Rob Brown. - WSL

WSL: What's the scariest thing that's happened to you out there?
Brown: Oh, man, there have been a few. [Mike] Parsons and Gerlach got lost in the fog one time coming back on their skis, so I had to go find them in the channel. They never made that mistake again. Then there was the time there was an earthquake in Chile, and a tidal surge was due to hit. I called [late Surfline founder] Sean Collins from the marina and asked him what I should do, because boats can get really thrashed during those tidal surges. He told me the safest place to go was back out off the island, and he'd call me once he knew it passed. Well, it was pouring rain, the swells were huge, and I was all by alone out there hardly able to see a thing. I felt the surge though. Those few hours were creepy.

WSL: Did other boats get thrashed by that surge?
Brown: Not in Ensenada, but up in San Diego they did, and even further north. Ensenada ended up pretty unscathed. The scary thing down there though is getting back into the harbor before dark. When the waves are huge you don't want to be doing that without visibility. As soon as the contest ends it'll be a sprint back to the mainland for everyone. 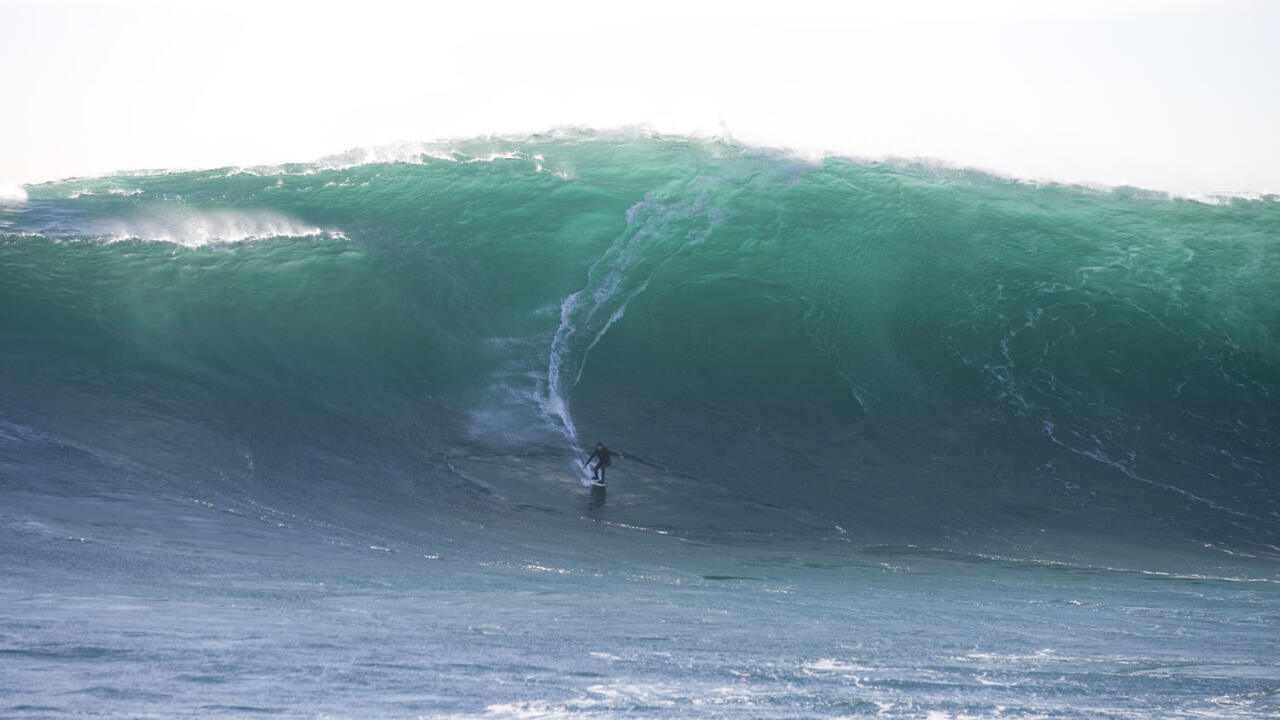 Mike Parsons was one of Rob Brown's most frequent passengers, beginning in the mid 80s. The duo played a huge role putting Todos Santos on the big-wave map. December 21, 2006, was an unforgettable tow-in session. Photo: Rob Brown. - WSL

WSL: How have you refined your safety approach through the years?
Brown: In the '80s we were equal parts fearless and naïve. It was the wild west for us. We had no communication. Cell phones weren't an option yet, and radios were something we as surfers sort of scoffed at. Today cell phones alone have changed the game at Todos, because now they work out there. But I have everything: Radio, first aid, the whole nine. I carry a satellite phone too, because my boat has been a stretcher more than once at Todos. And when Greg Long nearly drowned at Cortes the guys on his boat used my sat phone to call for the helicopter. 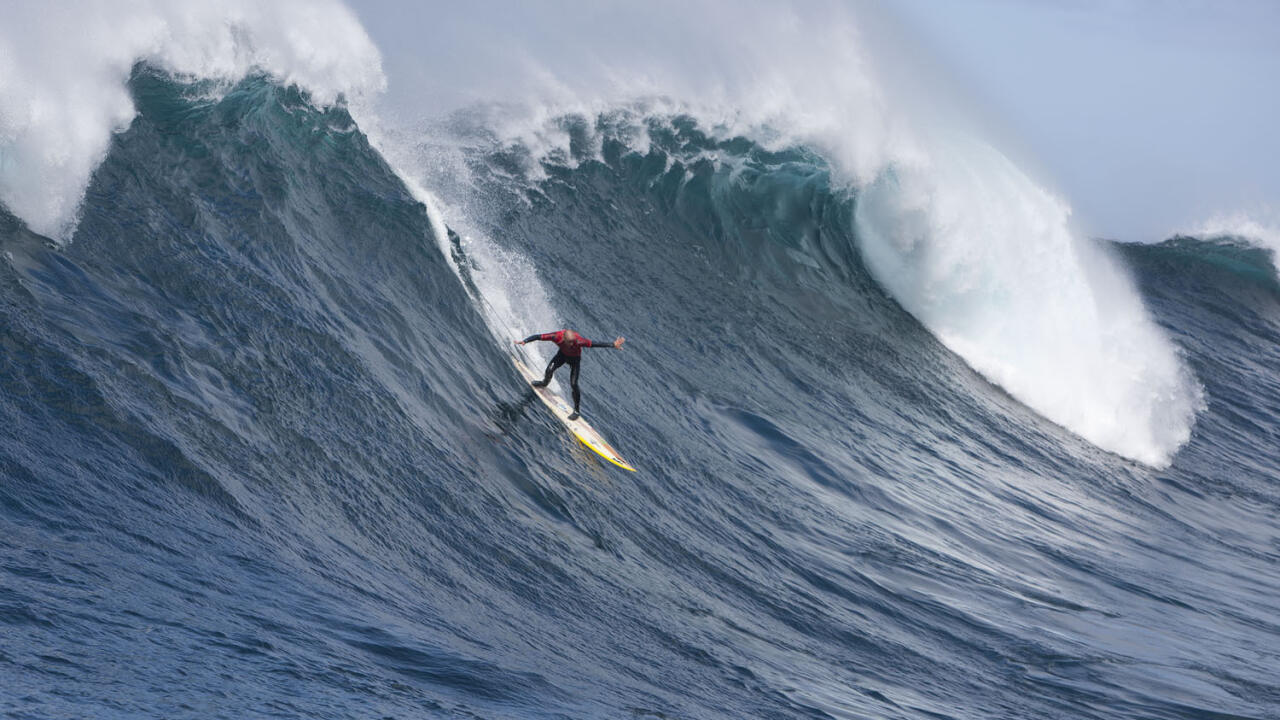 Brown will seemingly put his boat in compromising positions to get the shot, like this one of Shane Dorian in 2010. Photo: Rob Brown. - WSL

WSL: So what sessions stand out to you after all these years?
Brown: Quite a few. The early ones with Parsons and McNulty. Mark Foo and Brock Little had a good one. Then there was a tow-in session with Gerlach, Parsons, and Ross Clarke-Jones that was pretty unforgettable. Gerr caught a huge bomb right before dark.

WSL: Who will be joining you on your boat?
Brown: Not sure yet. I'm sure I'll have one photographer or broadcaster up in the tower, and another on the bow.

WSL: Be sure to pull your old 'just lost my engines' routine on 'em when there's a set coming.
Brown: Oh, you know it.