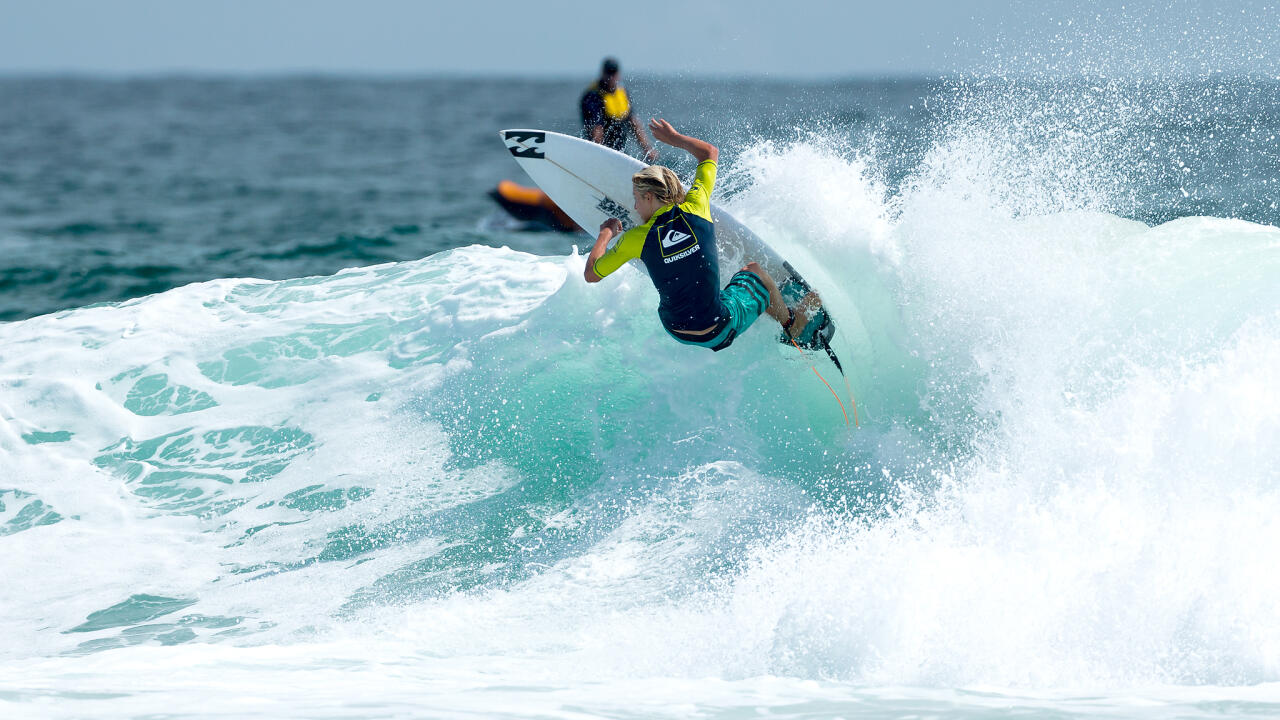 Ethan Ewing has been on a tear in the past month. He won the QS1000 Burleigh Pro on the Gold Coast, followed by a victory at the Subway Pro Junior in Avoca Beach. Then he finished runner up at the QS1000 Telstra Tweed Coast Pro, before winning the NIB Pro Junior. His talent has vaulted him to #3 on the QS rankings as of press time. Keep an eye on this kid. - WSL / Kelly Cestari

While we're weeks away from the 2016 world title race getting underway, the qualifying battle has been heating up all month, especially in Australia, where there's been events every week since late January. Most of them have been small, but next week the big guns arrive for back-to-back QS6000 events at beaches in Merewether and Manly.

The Maitland and Port Stephens Toyota Pro in Newcastle and the Australian Open in Sydney should will certainly shake up the current QS rankings since they're the highest-rated events to date. They also serve as blade sharpeners for a handful of CT stars. Of course, things have already been cooking Down Under. We bring you a little glimpse of the early standouts. After spending a healthy chunk of time on Oahu's North Shore in January, Yago Dora has been staying busy in Australia this month showing everyone that there's no end in sight to the Brazilian storm. - WSL / Will H-S California's Ian Crane ripped his way into the quarterfinals during the first QS event ever held at Boomarang Beach. The San Clemente local relied on his Lower's Left routine to get him there. - WSL The women have been heating things up too. Kobie Enright was going inverted at Boomarang Beach on her way to a third place finish in the Komunity Project Great Lakes Pro. - WSL / Bennett Bino Lopes of Brazil has been stringing together some nice combinations while quietly moving up the QS ranks. - WSL Justine Dupont has also been on a tear with back-to-back finals appearances at Avoca and Boomarang. - WSL / Bennett Wade Carmichael surprised everyone with his recent win in Hawaii, but back at home they expect it of him. He took the victory at the Great Lakes Pro - WSL

Ace Buchan figured he needed a little warm up before next month's CT on the Gold Coast, so he took a little test run at the QS1000 Central Coast Pro in Avoca. The move netted him a precious victory that he said always eluded him back in his Junior days on the Central Coast. - WSL / Bennett A streamlined Nathan Hedge has been keeping fit for his QS assault this season. After a quarterfinal finish at Boomarang he moved to 28th on the list. - WSL Ethan Ewing is going to be campaigning for the CT sooner than he figured if he keeps his current pace up. - WSL