The Champions of the 2016 Newcastle Surfest have been crowned in front of record crowds with World Surf League (WSL) Championship Tour (CT) competitors Matt Wilkinson (AUS) taking out the Maitland and Port Stephens Toyota Pro and Sally Fitzgibbons (AUS) winning the Taggart Women's Pro. The Final day was held in some of the best conditions of the event with light winds and clean four-to-six foot waves at Merewether Beach.

Number One Seed Fitzgibbons' win was not done easily, making it through a field packed with past and present Championship Tour (CT) competitors, Fitzgibbons eventually met an on-fire Six time World Champion Stephanie Gilmore (AUS) in the 35 Minute Final.

Fitzgibbons got busy early posting a number of mid-range scores throughout the bout. She managed an eventual Heat total 14.73 with a display of smooth and powerful rail surfing. Gilmore was left chasing a single wave score of 8.56 but she which she was never able to achieve, gifting Fitzgibbons her second Newcastle Surfest win.

"This is so good - such a great start the year," Fitzgibbons said. "Having a win early in the year is awesome for confidence and momentum going into the CT season. The best thing has been competing at this event. Competing in these regional areas is so great with all the support and energy shown from the local community there's just nothing better."

"I've been coming to Newcastle for years now and it really does feel like a home away from home I've had a blast all week as well as preparing for Snapper." 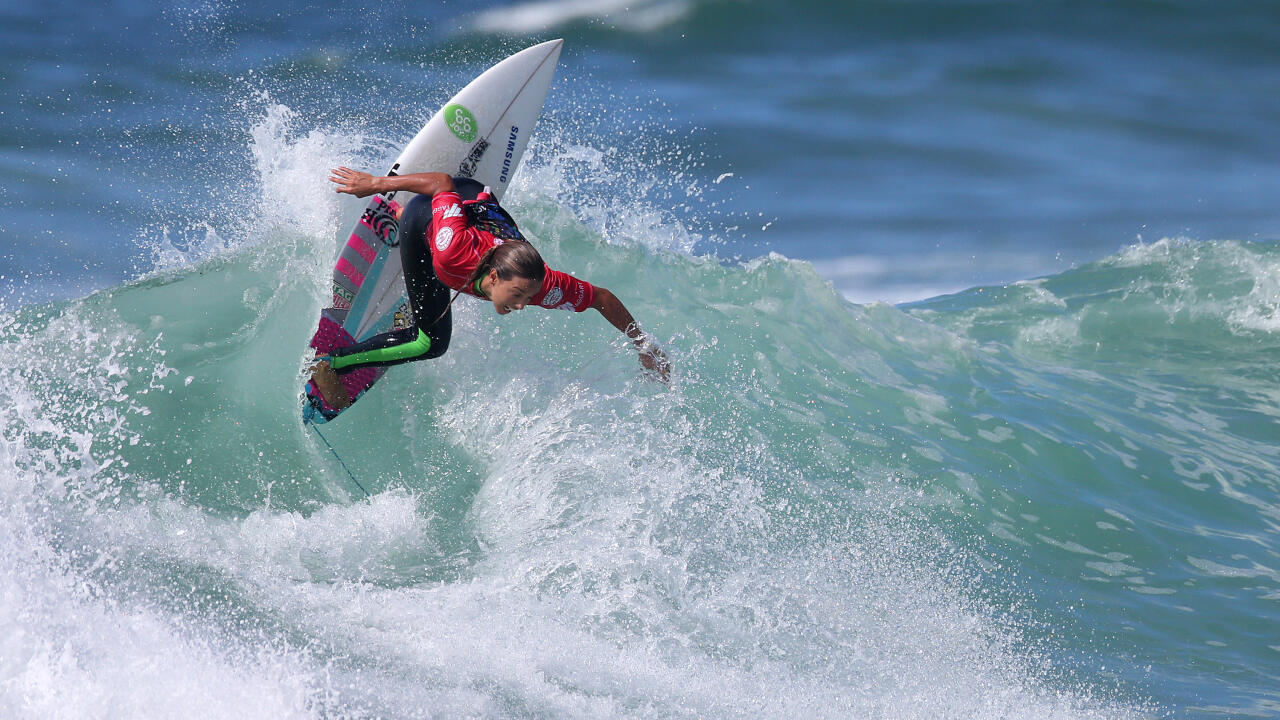 Gilmore surfed an amazing contest posting a near perfect heat score of 19.50 in her Semifinal but was unable to find the waves she was after in the Final.

"It's been a really good week," Gilmore said. "I feel like we had some really fun waves this event. I definitely peaked in my Semi then couldn't really buy a wave in the Final, but I'm really happy with this result, it's a great start to the year. During my semi everything was feeling really good, my body, my boards just everything was working so that is definitely encouraging as we approach Snapper. I haven't felt like that competing in a really long time so I'm stoked on that." Men's No.1 Seed Wilkinson came up against young Italian sensation Leonardo Fioravanti (ITA) in the Final. Both Surfers had been standing out but it was Wilkinson who had been building serious momentum through the finals posting huge score in the Quarters and Semis. The Final was no different with Wilkinson demolishing the righthand walls with massive vertical backhand re-entries to post two excellent range scores, an 8.83 and a 9.00 to take his first victory in longer than he can remember.

"I'm so stoked, I didn't really realise how long it had been since I had won something," Wilkinson said. "I've had a few seconds and thirds but it definitely feels good to be on top. Newcastle is so great I've been coming up here for years and have a good group of friends here do I always feel comfortable here. We had such good waves today it was awesome. I was getting some good rights so I feel like It's pretty good preparation for Snapper." Fioravaranti was in a combination situation (needing two scores) for the entire heat but never gave up until the final siren went. A second at the first QS6,000 of 2016 sets up the young Italian for a big year on the QS, eyeing al all-important spot on the CT.

"I'm pretty bummed to make the final and not win, but of course I'm really happy with a runner-up," Fioravaranti said. "Congrats to Wilko he surfed so well all event. I've been to Newcastle a few times and I always have a great time with good friends and fun surf."