Ethan Ewing and Macy Callaghan in a familiar place in 2016: on top of the podium - WSL

Ethan Ewing and Macy Callaghan have continued their success in 2016 taking out the fourth stop on the Subway Surf Series on South Australia's Fleurieu Peninsula. Today's competition was held at Middleton Beach in challenging two-to-three foot peaks with a moderate on-shore breeze.

Ewing looked in control all day, even when he was behind, a situation he found himself in during the Final against Tane Bowden (NZL), Quinn Bruce and Kyuss King. Holding a 7.75 (out of a possible 10) and a couple of throwaway scores, Ewing showed total composure in the final minutes taking a lefthander and unleashing two huge backhand hits to drop a near-perfect 9.75 and win the event. "I had a few close heats this contest so I was never totally relaxed," Ewing said. "It was super hard work out there all day. The waves are tough out there so I feel confident heading into the next events. Hopefully I can keep this roll going."

At the same time as Ewing posted his 9.75, Kiwi ripper Tane Bowden was on a righthander down the beach going to town on it. Bowden posted an excellent 9.15, which wasn't enough for the lead but enough to secure second position. "I only just made it through the Semis so I felt lucky to be in the Final," Bowden said. "The conditions were tough out there today but it was still pretty fun. I'm used to the cold water so I enjoyed competing in these conditions."

Callaghan came up against Allyse Cooper, Sofia Fulton and Kiara Meredith in the women's Final. She came darting out of the gates posting a 9.00 ride off the bat for two huge vertical re-entries. She then backed it up with an 8.85 for a heat total of 17.85, the highest of the entire women's event.

This left the other three Finalists needing a combination of two scores each to take the lead, a feat none were able to achieve, leaving Callaghan to take the win. Macy Callaghan swoops in the pocket during the Final. - Bennett - WSL / Bennett

"I've had a few average results recently so I'm so stoked to take the win," Callaghan said. "I've never surfed here and it was really windy and tricky so I'm glad I found a few good ones."

Callaghan now takes the lead of the Subway Summer Series, topping Lucy Callister who was eliminated in the Quarterfinals.

"Lucy is a good friend of mine so when she was knocked I felt bad for her, but obviously it's great for me. As long as I can stay in the top two and get into the World Junior Championships that would be sick."

Sophia Fulton used her experience surfing on the South Coast of South Australia to move from fourth into second place with an excellent eight-point ride in the last minutes of the Final, to finish runner up to Callaghan. 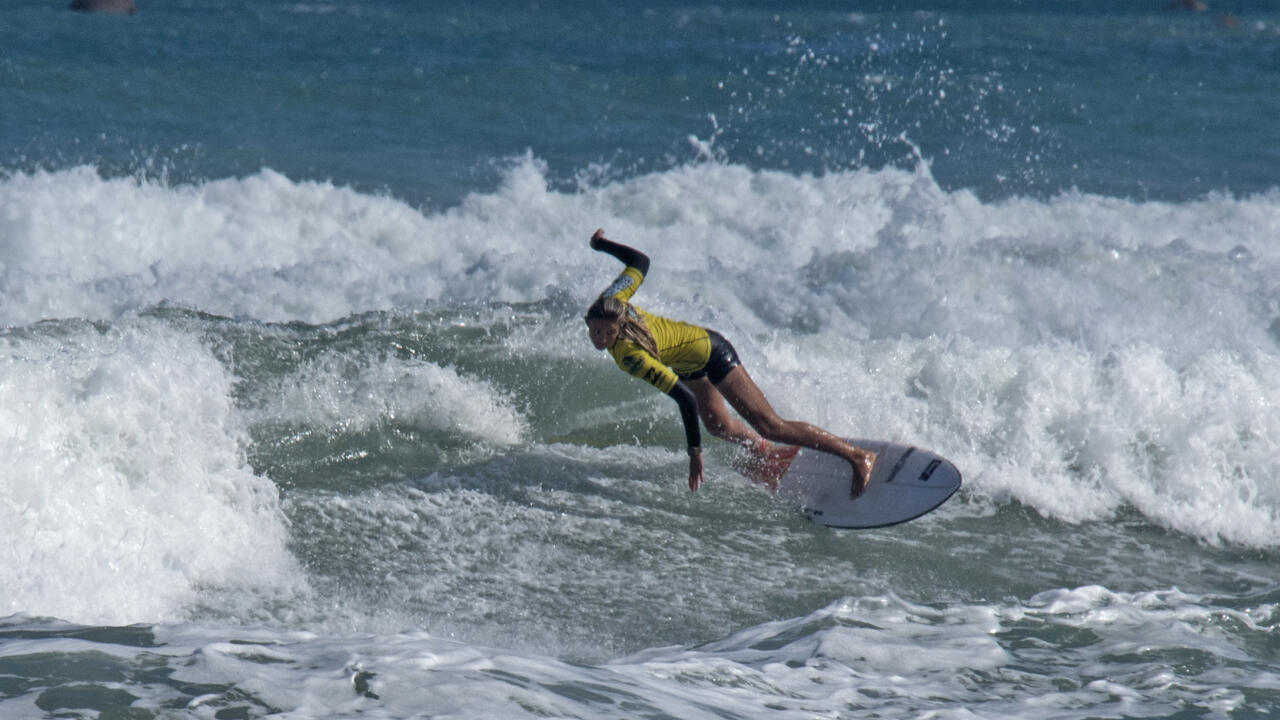 Sophia Fulton had a big comeback during the Final but wasn't able to catch Macy. - Bennett - WSL / Bennett

"I was really happy when I got that score at the end," Fulton said. "I haven't surfed here for ages but it was cool to come back. Macy is such an amazing surfer and a smart competitor so she really deserves the win."

The fifth and penultimate stop of the Subway Surf Series will take place April 9-10 at Kiama on the New South Wales South Coast. Check back on www.worldsurfleague.com closer to the date for more information, or on the WSL App.