The Banzai Pipeline lights up once again for the Pipe Pro Junior and Wahine Pipe Pro, with a NW swell producing clean 6-8 foot waves with offshore winds. The Junior men got an 8am start this morning and are expected to surf through the first three rounds of competition, while the women are on standby for a possible afternoon start. Kona Oliveira (HAW), replacement surfer for Will Grossarth (USA) scores a 7.0 for this Backdoor barrel. - WSL

Combining both a men's Junior Qualifying Series (JQS) 1,000 and a women's Qualifying Series (WQS) 1,000 event, the World Surf League (WSL) Hawaii is proud to offer more competitions than ever to their professional membership of Hawaii/Tahiti Nui athletes.

Fresh off their first place wins in Tahiti at the Papara Pro Junior and Papara Vahine Pro Junior, both Noah Hill (Maui) and Summer Macedo (Maui) are ready to tackle another competition. "I'm looking forward to getting a couple waves at Pipe with only a few other girls," said Macedo. "Pipe is a complete opposite from the beach break Papara, but we've been surfing Teahupoo the past few days just to get used to the power of a reef break again. I'm glad to be competing and surfing at home in Hawaii."

Hill, originally from Venice Beach and now living on the west side of Maui, was feeling self-assured after his win. "It gives me a lot of confidence knowing I can get scores in these contests because the highest score I got before this was like a four."

The 14-year old has only competed in one other Pro Junior event prior to his win and lost out in the first round. Taking the Papara Pro Junior by storm, Hill was able to surf his way to the podium with well-calculated airs coupled with strong, smooth maneuvers. At Pipeline, his barrel riding will now be put to the test.

Macedo, 15, will also be tried in the heavy reef break to go up against seasoned pros like Anastasia Ashley (USA), Brianna Cope (Kauai) and defending event champion Keala Kennelly (Kauai). 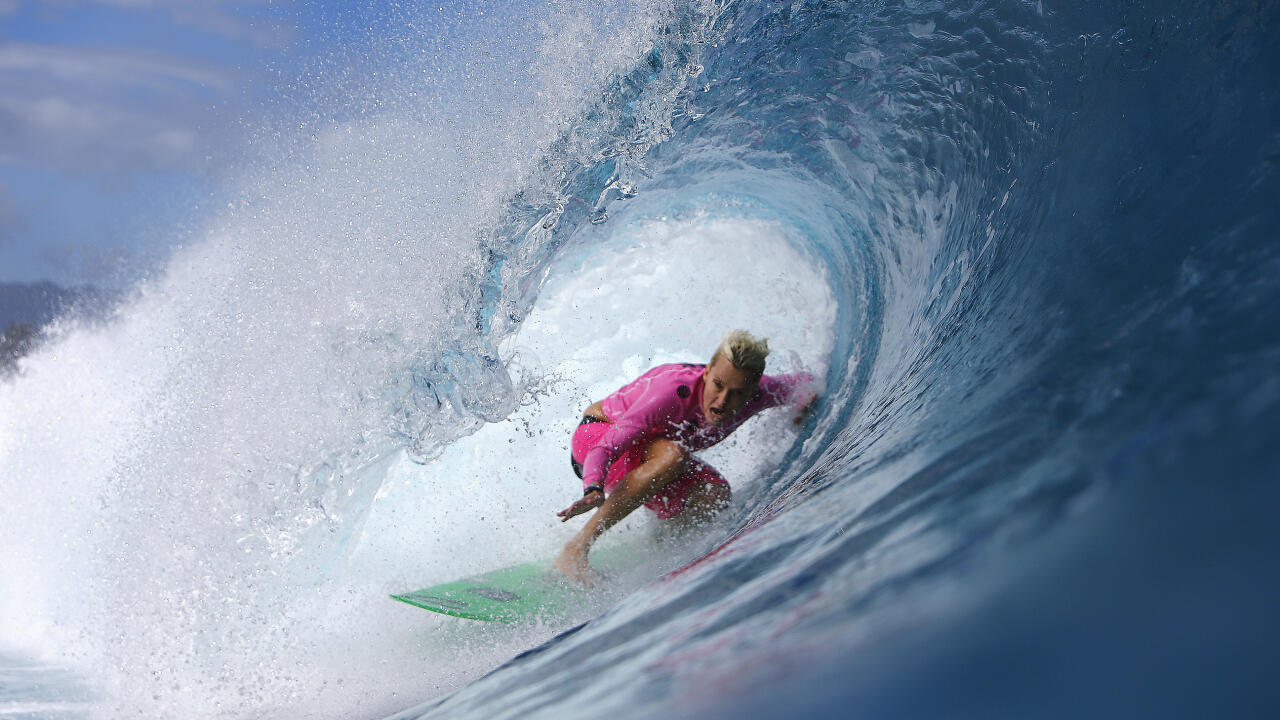 The Lahaina local will also meet up again with opponent and Papara Vahine Pro Junior Runner Up, Vahine Fierro (PYF). This will be Fierro's first time surfing Pipeline professionally, but the skill level shown in Tahiti could mean a solid finish for the 16-year-old.

Other Tahitian standouts competing in the Pipe Pro events for the first time include Mauiki Raioha (PYF) - who posted two 10-point rides during the Rangiroa Open Pro - and Karelle Poppke (PYF), an up-and-comer who is being coached by seasoned pro Hira Teriinatoofa (PYF).

Plus, the Big Island's Kahanu Delovio scores the event's only 10-point ride.