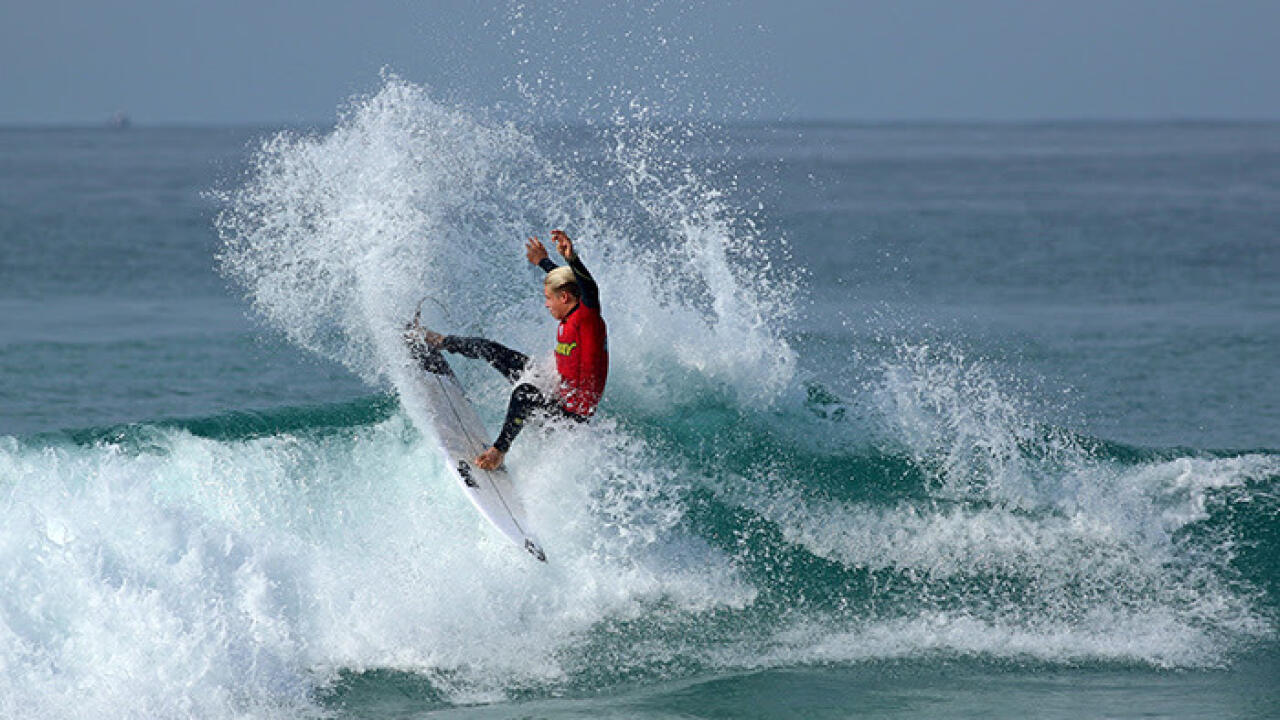 After taking out four consecutive WSL Australasian JQS events in a row - including three Subway® Surf Series Pro Junior events and the NIB Pro Junior at Merewether - Ewing mathematically could not be toppled from claiming the WSL JQS Title. Despite being knocked from the event in the third round, Ewing remained in high-spirits and is now shifting his focus to a run of WSL Qualifying Series (QS) events overseas. "It's been a busy start to 2016 and it's easily the busiest I've ever been, but I'm so stoked on the results I've got so far," said Ewing. "This was my goal coming into 2016. I only won one Pro Junior event in 2015 and I knew I really wasn't focused enough and I learnt you need to take every heat seriously and worked on my consistency. I'll be looking to hit the QS events over the rest of the year and hopefully I can keep the roll going."

Macy Callaghan (AUS) added her fourth JQS victory for 2016 to her portfolio, taking out the Junior Womens division. Callaghan surfed on point over the entirety of the event, posting the three highest wave scores of the division, including a near-perfect 9.25 (out of a possible 10 points) in her round one exchange. Callaghan carried the same form into the final against Alysse Cooper (AUS), posting a heat total of 13.35 (out of a possible 20 points) courtesy of her razor sharp turns and gouges. Harley Ross-Webster nabbed his first Pro Junior victory of his career, taking out the Junior Mens final. Ross-Webster synced his repertoire perfectly to the punchy righthanders on offer, amassing a heat total of 13.75. When the final hooter sounded, Ross-Webster took the victory ahead of Illawarra local Lucas Wrice (AUS) by a 0.55 margin. "This is my first Pro Junior victory. I've gotten close a handful of times, but I'm just so stoked to have cracked the victory," said Ross-Webster. "There were some fun waves today and I think it definitely helped me to get the win as I was actually able to do a few decent turns."

Alysse Cooper showed moments of brilliance in the Junior Womens final, but was unable to find the required 7.50 wave score needed to take the victory from Callaghan. "I was just happy to make the final," said Cooper. " I had a few really tough heats and I was over the moon to get through those. A massive lull came through in the final and it threw my tactics out a little."

Luke Wrice took his second runner-up finish of the 2016 Subway Surf Series, falling victim to Harley Ross-Webster in the Junior Mens final. Wrice performed a mix of innovative aerials and powerful turns, but fell slightly short of the victory. "I came a lot closer in this final compared to my other runner-up finish on the Gold Coast," said Wrice. "I've been sick for the majority of last week, so to get through a few heats definitely felt good. Hopefully, I can carry the momentum into Cronulla."

The fifth stop of the 2016 Subway surf Series is moved to the beaches or Wollongong due to unforeseen circumstances.