The final Subway® Surf Series Pro Junior for 2016 kicked off today with competitors getting the opportunity to shine in playful two-foot right-handers.

Kai Warner (AUS) put an exclamation mark on a great day of surfing, scoring a near-perfect 9.00 for a series of explosive forehand turns in the first round of competition. Warner attributed his solid performance to the similar waves he surfs regularly at his local Narrabeen Beach. Warner backed up his score with another excellent 8.00 wave score, taking his accumulative heat total to 17.00 (out of a possible 20 points). 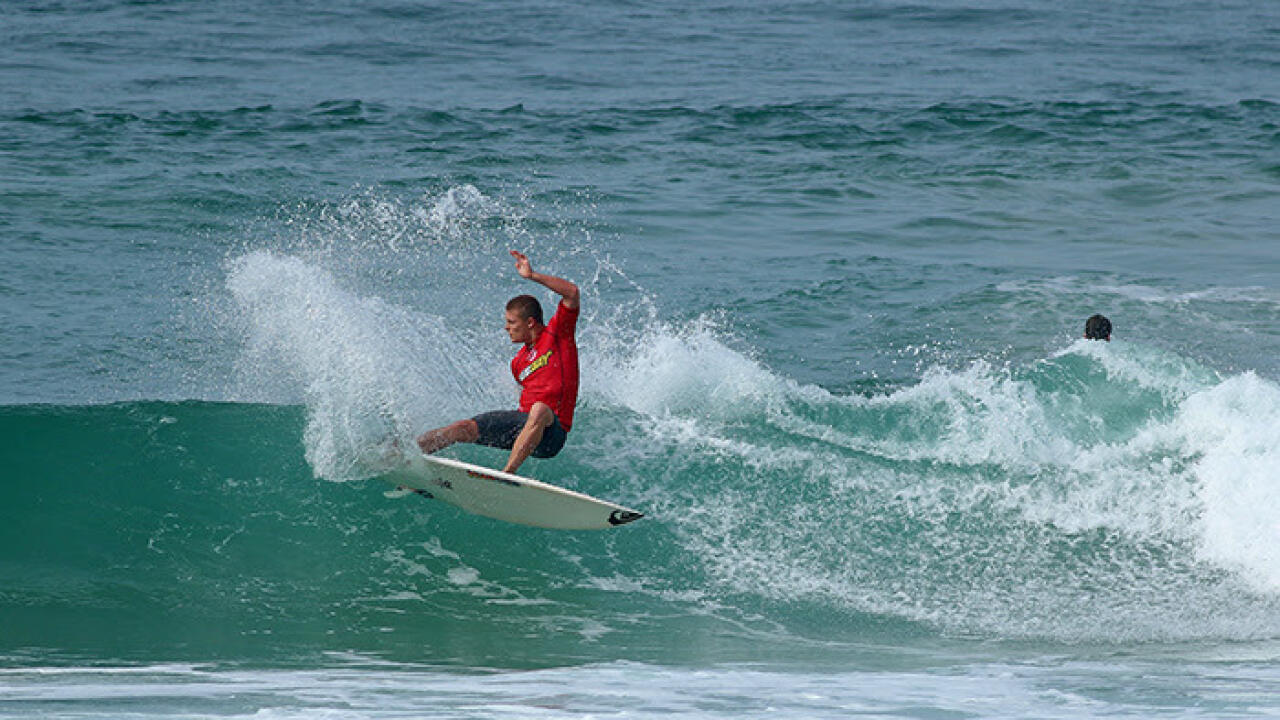 Kai Warner posted a near perfect 9.00 ride during his heat at Cronulla. - WSL / Smith

"I was lucky to get two quick waves as it went flat pretty much straight after," said Warner. "The waves out there are pretty much similar to the waves I surf at Alley Rights at Narrabeen, so I was reasonably comfortable from the minute the heat got underway. It's awesome having a bunch of the guys from Narrabeen here to cheer us all on as well. It pumps you up the whole way through the heat."

Kehu Butler (NZL) mirrored Warner's score, notching up a 17.00 heat total in his first round exchange. The lightening fast New Zealander performed an array of powerful turns to post the score, which left his closest rival chasing a two-wave combination of scores to usurp his lead. "The waves are really fun out there. I played a pretty patient game out there and it all went in my favor," said Butler. "My goal is to hopefully win this event, but I'm just happy to keep progressing. Hopefully I can get through the next few as well."

After finishing in the runner-up spot at the recent Subway® Surf Series Pro Junior at Wollongong, Lucas Wrice (AUS) continued to excite the judges and spectators, performing an eclectic combination of aerials and critical turns. Wrice stayed selective throughout the heat to post a 16.00 two-wave heat total with his closest rival, Jackson Roberts (Bateau Bay, NSW) unable to claw himself out of a combination situation. "There's some really good sections for airs out there and I knew if I could nail a few of them, then I could get a decent score," said Wrice. "After finishing in second position in the last event, I hope I can go one step further and take out the final event of the season as it'll definitely help with my overall ranking on the Pro Junior Series."

Paris Whittaker (AUS) bagged an impressive victory for the locals, taking out her opening exchange. In the declining swell, Whittaker posted a respectable 13.00 heat total to keep her opposition at arms length. Runner-up Bella Wilton remained in contention over the course of the heat, posting a 7.00 wave score, but was unable to close the 2.15 gap against Whittaker. "I've been surfing this bank heaps over the course of the last week, so I kinda knew the best waves to catch," said Whittaker. "The competition is pretty stiff in the girls division, but I hope I can keep the roll going over the next few heats and post a decent result."