Grumari, up the road from Postinho, is now the primary site for the Oi Rio Pro. Teams on the ground moved quickly to build up what was the secondary site, and update the structure at Postinho so fans can still enjoy a big viewing party there on the beach. - WSL / @ivan serpa & @yuneskhader/@altasproducoes

After a heavy storm blew through Rio de Janeiro last week, eroding a good chunk of its famed beaches, World Surf League officials elected to move the Oi Rio Pro's primary competition site from Postinho to Grumari, about 45 minutes west. Grumari is a gorgeous beach located on the nearby nature preserve, and a go-to escape for CT surfers looking to score some quality waves on lay days. The punchy beachbreak supplies plenty of ramps and tubes, which is why it was tops on the list of backup spots. This will be the first time a WSL contest has ever run there. Not bad for a backup spot. Grumari's serenity will be a welcome site for some. - WSL / @ivan serpa & @yuneskhader/@altasproducoes

While shuttle busses will be available to take hardcore fans to the pristine park, Postinho, with its easy access to public transportation, will still be where the bustling party crowd will be enjoying music, two huge screens streaming the live action, and the popular Corona-hosted beach bar.

Swapping the primary and secondary locations is never an easy feat, but it's exactly the kind of scenario events teams are trained for. The devil, as they say, in the details: From the big hurdles, like how the events and broadcast teams set up the satellite feed, down to the little things, like catering and clean-up. The party-centric fans are sure to be staying in Postinho, enjoying the viewing party on the beach, music, the Corona bar, two huge LED screens showing all the action from Grumari. - WSL / Alexandre Salem

"Surfing is unique, because in addition to normal live-event challenges, we're dealing with things like what we're doing now in Rio," said Megan Grant, General Manager of the Samsung Galaxy Championship Tour. "We have to be prepared to move when the surf moves and sometimes that's at a moment's notice, sometimes we have a day heads-up, and sometimes we have two hours. It's essentially like moving a circus. The view at Grumari shouldn't take any getting used to. - WSL / @ivan serpa & @yuneskhader/@altasproducoes

"Depending on what the set-up is -- you look at places the Gold Coast and Margaret River in Australia -- we can pre-cable cable to secondary sites, places that are close, like D-Bah and the Box. So we'll spend time and money on the front-end for the extra security to have that cable run so that if and when time comes to move, it saves countless hours." 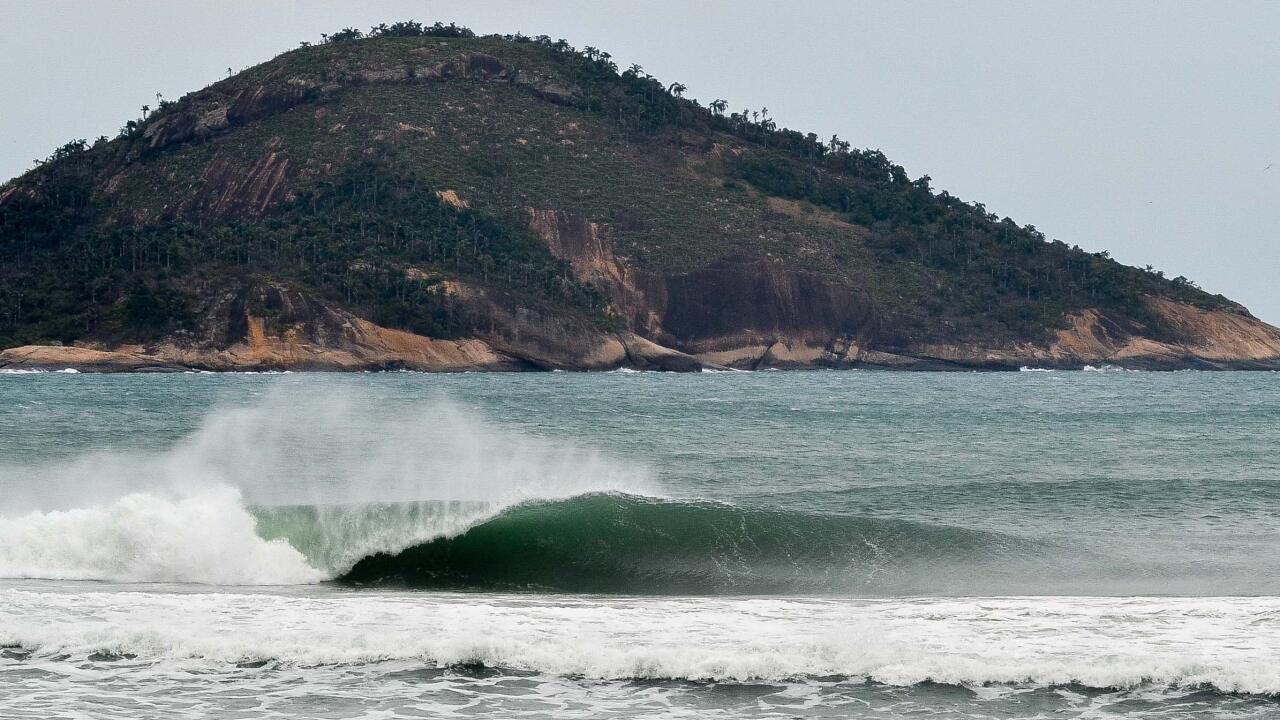 Fortunately, Grumari already had a structure in place just in case the event went mobile. Instead of having to start from scratch, the local team added amenities to make it more comfortable, including a media area and athlete and guest area. "We use the same services for both locations," says Grant. "So there's no redundancy. From the back-end perspective, the whole host set will live in the primary site, and we move the whole edit bay.

"In some places, we can move just the judges or just some of the commentary team. The key is having all of that mapped out, so when it's time for your plan B to hit, it's just about pressing go and moving forward." One advantage of Grumari as the new primary site is that it can handle swell from any direction. - WSL / @ivan serpa & @yuneskhader/@altasproducoes

Of course, some are touting the benefits to shifting to Grumari as the primary site. From a surfing perspective, the spot is generally favored by locals as the best of Rio's options. When the swell is just right, Posthinho can be an incredible wave, but its location and banks make it a more fickle beast. According to Xandi Fontes, General Manager of WSL South America, Grumari is a more consistent wave and has the added benefit of a deeper trench and channel, allowing it to hold bigger swell, from any direction.

And then there's the plain-old fun-factor of a team effort to pull off a new plan. "I love the challenge," said Grant. "And if you walk into the room where the WSL South America team has been meeting and working together, everybody's tired and wide-eyed, but there's an energy that comes with this, too. Curveballs can be fun."