The Vans Surf Pro Classic will introduce a new venue to the World Surf league (WSL) Qualifying Series (QS) when the inaugural edition of the event is run YoYo's in Lamberts Bay on the weekend of 14-15 May.

Comprising a QS1,000 rated event for men alongside a Junior QS1,000 event for boys, the Vans Surf Pro Classic will feature the cream of South Africa's open and 18-and-under surfers in the first professional surfing contest to be staged north of Cape Town on the country's West Coast. A classic A-frame peak that produces both left and right breaking waves, YoYo's is similar to Lower Trestles in California, but with a pristine white sand beach. Totally rippable in a variety of conditions, YoYo's will test both the competitors' surfing ability and heat strategy, with the priority system likely to play a major role in the outcome of heats.

"The Vans Surf Pro Classic was created to help enable our local talented surfers to progress through the QS, and to be able to go back to the roots of surfing by surfing new, off the track waves," says Warren Talbot, Vans SA Marketing Manager. "Vans celebrates 50 years of "Off The Wall" this year, and what better way to do that than to give back to our creative expressers by giving them a platform through surfing."

The men are competing for a prize-purse R30 000 along with priceless points on the WSL QS rankings while the juniors will share R20 000 and earn points towards the selection of the WSL Africa squad that will represent the region in the annual WSL World Junior Championships. 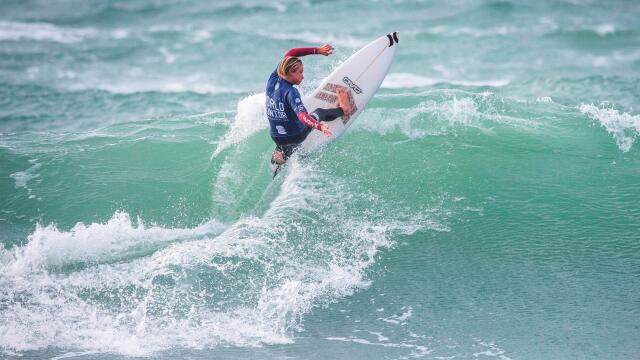 Hosted by the local West Coast Boardriders club, the event also features the Vans Surf Pro Wildcard Trials at Lamberts Bay on Friday 13 May, with the winners of the men's and U-18 divisions earning free wildcards directly into the WSL events.

"I'm excited and honoured to be part of an event that not only exhibits a groundbreaking new contest venue in South Africa but also provides the aspiring local tour surfers with a opportunity to gain rankings on the world qualifying tour," says Josh ‘Dutchie' Louw of the West Coast Boardriders.

Christian Surfers South Africa will be volunteering their invaluable serves to ensure the smooth running of the event.

The Vans Surf Pro Classic is proudly supported by Red Bull with a Red Bull Airshow offering R5 000 to the surfer completing the best aerial manoeuvres. The media partner is Zigzag Surfing Magazine.