The Top 17 will have a couple of dangerous additions in the mix at the upcoming Fiji Women's Pro. With Lakey Peterson still sidelined, Bronte Macaulay will again step in for her and Bethany Hamilton will be the event wildcard. 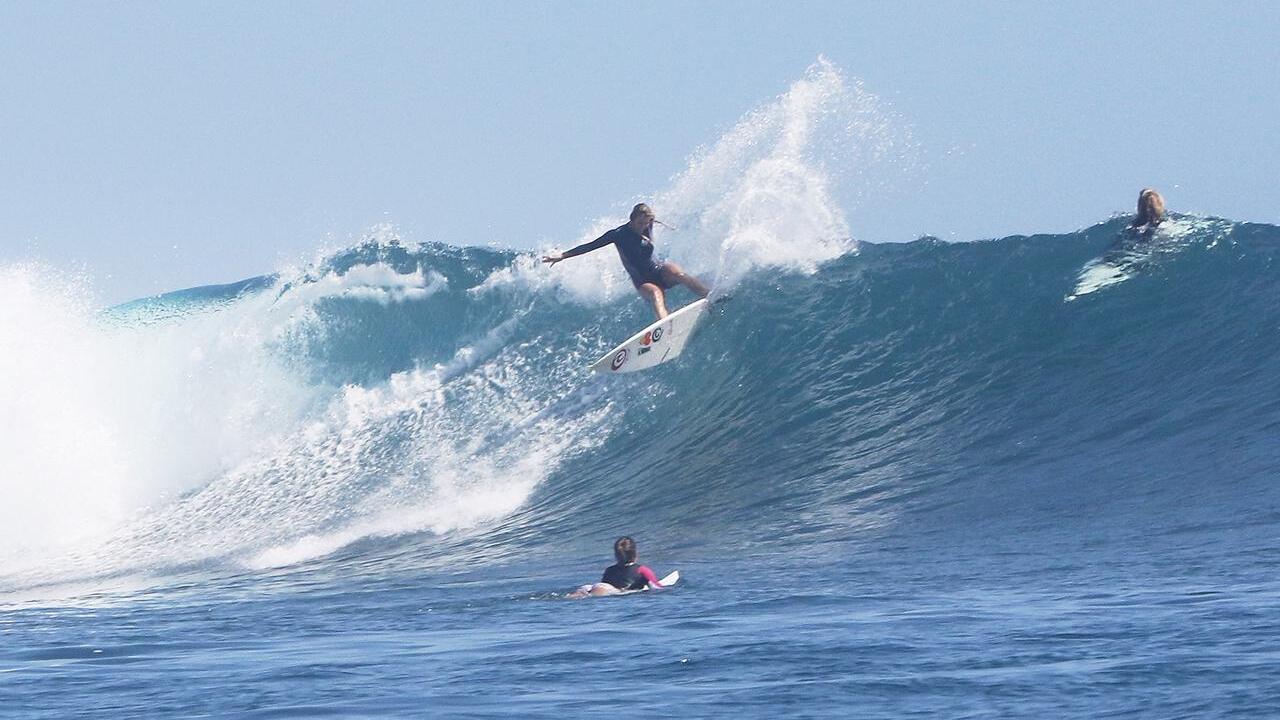 Bethany Hamilton got some practice rounds in before the Fiji Women's Pro, thanks to a huge swell. - WSL / Bill Sharp

Hamilton is already making noise. She flew in early to catch the huge waves that hit Restaurants and Cloudbreak over the weekend, and scored some solid ones. Earlier this year, she proved her mettle in bigger conditions with a stunning performance at Pe'ahi, which helped earn her a Big Wave Awards nomination for Overall Performance. Hamilton, who previously competed on the Qualifying Series, last competed in a CT event in September, at the Swatch Women's Pro.

Ripping at Restaurants
0:30
Bethany Hamilton tore up Restaurants at the start of the new swell. Video by Aaron Lieber.

Macaulay has also had her share of stunners this year. She has competed in all four elite Tour events so far, and has yet to lose a Round Two heat -- including one against Championship Tour veteran Sally Fitzgibbons on the Gold Coast, who had never lost in Round Two before. Macaulay also outscored six-time champ Stephanie Gilmore in Round One of the Drug Aware Margaret River Pro.

Bronte Breakdown
1:30
The injury replacement gets an A grade from the desk after another stunning Round One performance.

Watch Bethany, Bronte and the rest of the Top 17 at the Fiji Women's Pro beginning May 29 and get instant updates on your phone with the WSL app. The action will stream live daily on the WSL website and app.