Reporting and photos by Kirstin Scholtz 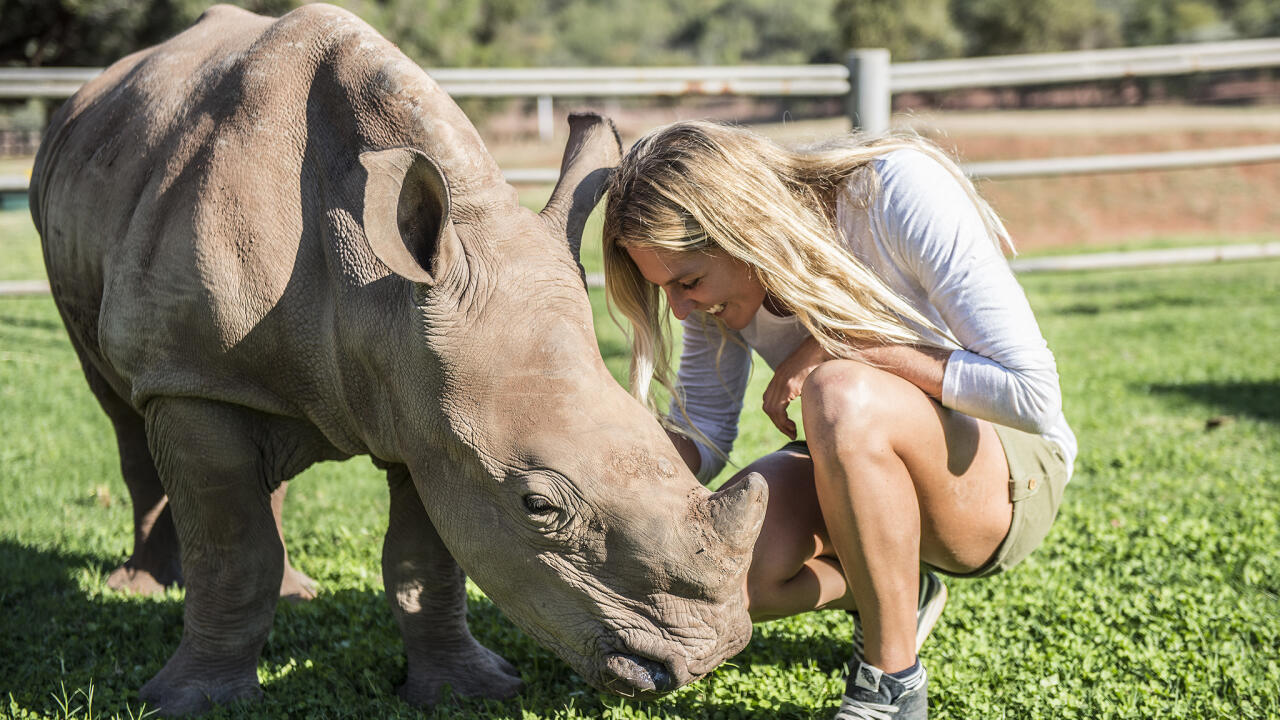 With six world titles to her name, Stephanie Gilmore is among the most iconic surfers in the world. But between events this spring she traveled around the world not for waves, but for wildlife.

"I had little knowledge about the illegal trade and poaching of animals in Africa," said Gilmore. "But the more I read up on the situation, the more I began to understand just how extreme it is becoming. I felt it was absolutely necessary to use my voice or the small influence I have to help the education process."

Just before the Oi Rio Pro in May, Gilmore headed to South Africa to observe The Australian Rhino Project (TARP). The organization works to save rhinos from extinction by setting up a secondary population in Australia, with a plan to eventually return them home to South Africa. There, on the ground in the savannas, Gilmore had a hands-on classroom to learn about poaching and the politics around it. 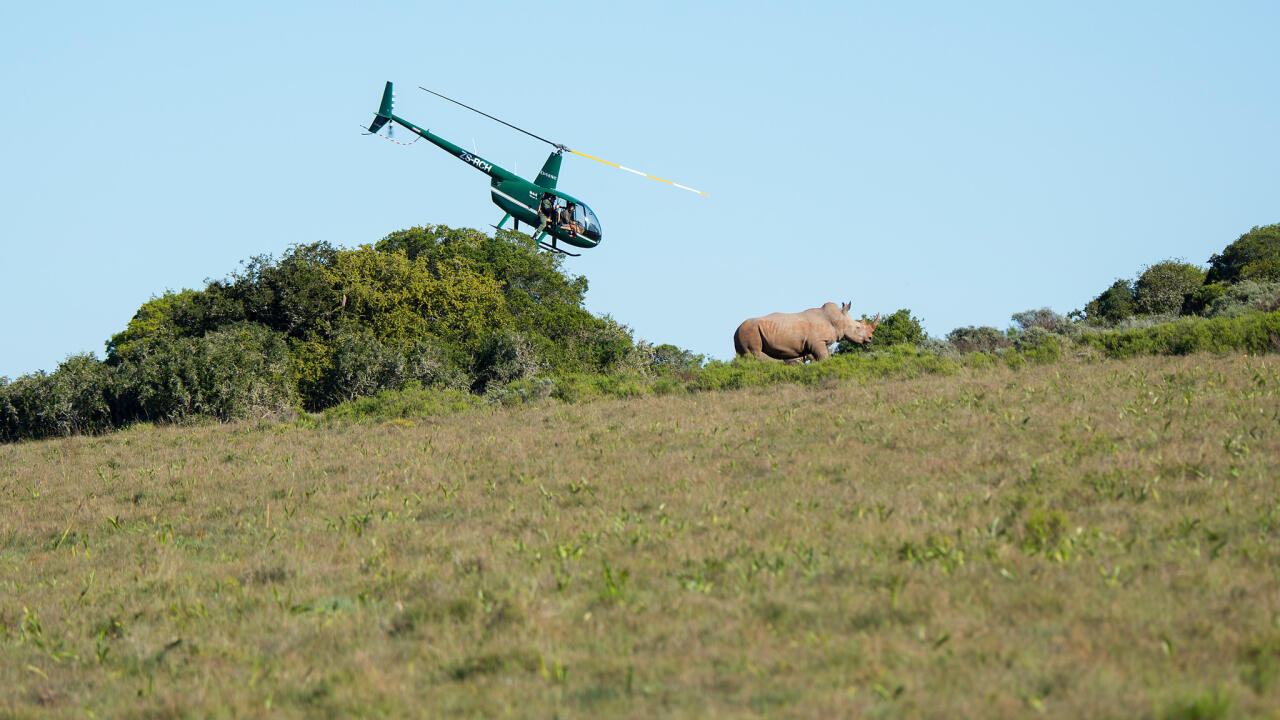 One afternoon during Gilmore's trip, an injured white rhino and her calf where reported, with the female bleeding and missing her horn. The veterinary and anti-poaching teams set out in search of her. - WSL / Kirstin

"Meeting the men and women of an anti-poaching unit who risk their lives to save these animals from being wounded or killed was inspiring, to say the least. Another highlight was doing a bush walk and coming across a herd of huge buffalo (the most dangerous animal to see on foot), rhino and elephants plus the roar of a lion not too far away. Without the safety of a truck, I was feeling completely vulnerable but so exhilarated." 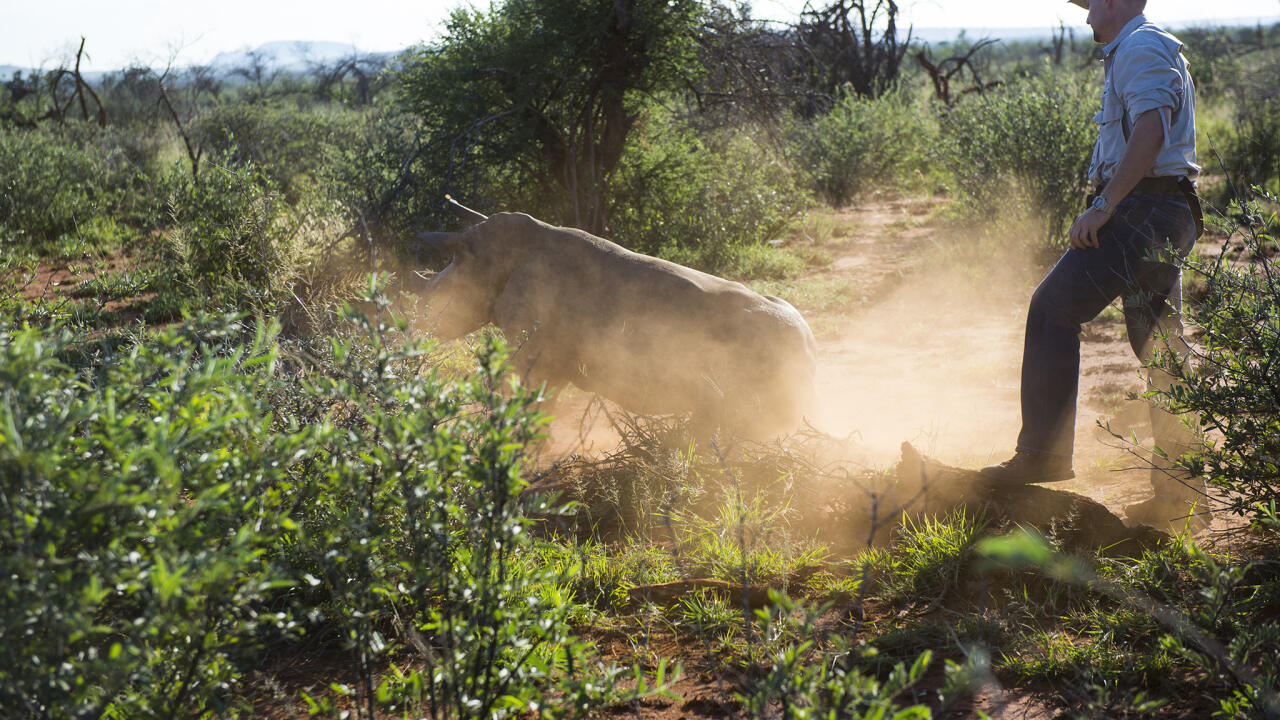 After locating and darting the adult female rhino, wildlife vet Marius Louw sedated the calf from the ground. The rhino had in fact injured her own horn, a rarity that's dangerous nonetheless. - WSL / Kirstin

"These animals are being poached at a rate much faster than ever before, and I guess it didn't really sink in until I was there. It hit home when people would talk about the three Rhino poached just yesterday up the coast or over there, probably more as we speak.

"I also learned just how complicated and corrupt the illegal wildlife trade is. At the end of the day the poachers are just trying to feed their families, but it's the demand for the horn -- for reasons without a scientific basis -- that makes it so sad. I think we all have an ethical obligation to use our voice and try to educate people about that." 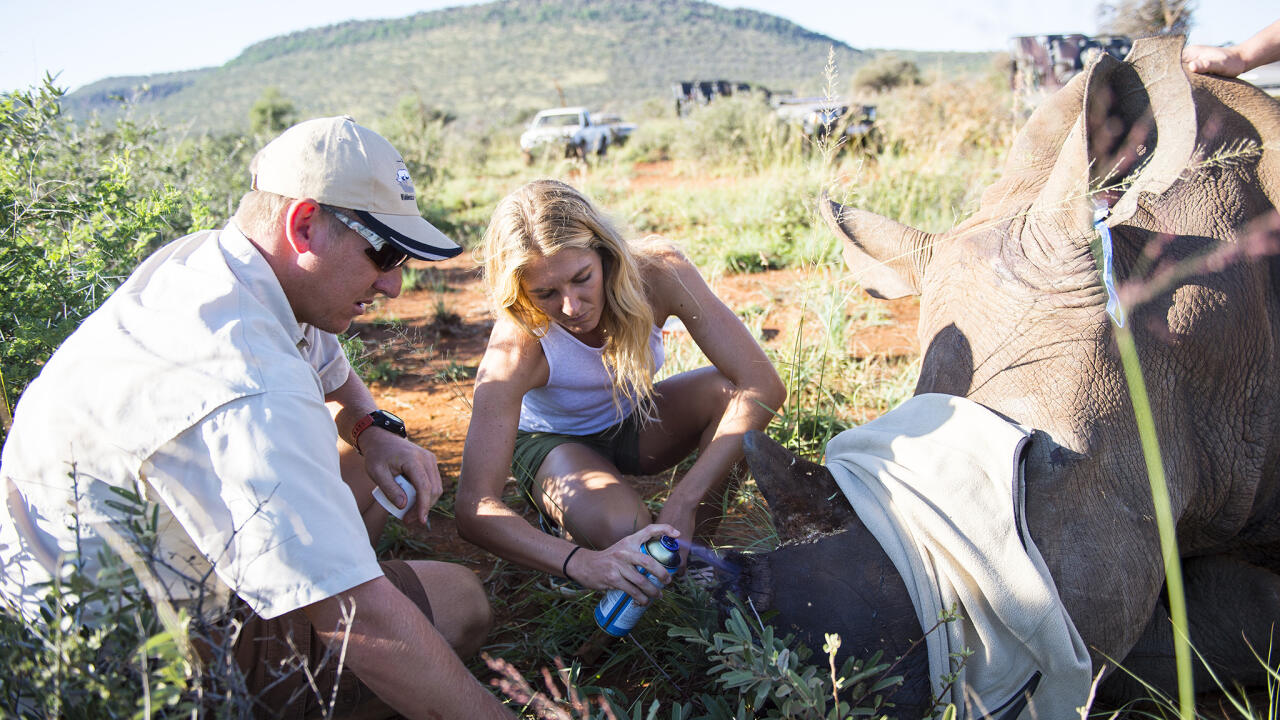 Gilmore assisted the veterinary team in cleaning the site of the broken horn to help keep it from getting infected. - WSL / Kirstin

"Meeting Hope, a beautiful rhino who had half her face hacked off by poachers, had a heavy impact on me. Seeing such a huge animal in a vulnerable and clearly emotional state was heartbreaking. There are great people working to help her to continue to live a normal life, but the severity of the cut means her chances of surviving back in the wild are slim. But she's not called 'Hope' for nothing!"

The Outdoor Classroom
3:35
During the 2015 J-Bay Open Kelly Slater and Owen Wright spent a day with members of the Chipembere Rhino Foundation, an NGO that works to save rhino threatened by poachers.

"Meeting the orphaned rhinos who had lost their mothers to poaching was the most special experience," said Gilmore. "To know that these guys are all alone now is absolutely heartbreaking. The rhino is an umbrella species: If we save the rhino, other species such as birds, plants and insects will be protected also. If we can't even save such an iconic animal, what hope do we have?"