Puerto Escondido looks playful until you realize the scale. Note the tiny spec paddling toward the next wave in the left of this frame. Yeah...that's a human (gulp). - WSL

One of the biggest swells in recent memory is bearing down on Mainland Mexico, where 24 of the world's best big-wave surfers are gathering for Friday's planned launch of the Puerto Escondido Challenge, the first Big Wave Tour event of 2016.

The Puerto Escondido Challenge
1:00
A look at the BWT's Southern Hemisphere event in Mexico.

According to the latest Surfline Forecast, the swell will peak Friday afternoon, with consistent waves in the 20-30' range, and max sets up to 35-40' faces. Round One of the Puerto Escondido Challenge - WSL

Puerto Escondido has been a popular pilgrimage for barefoot adventurers since the early 70s. During the war in Vietnam, draft dodgers from the East, West and Gulf coasts were wandering through Mexico looking for refuge, and a handful of surfers found Puerto to their liking. By 1974 the wave's potential had been realized and it earned the honor of being called the Mexican Pipeline. Through the decades its status in the big-wave surfing community has only grown, however, as its available size and power have withstood every advancement in big-wave surfing. Will Skudin digs in during his warmup session. Photo: Mike Aeschbach - WSL

Today Puerto is a global hub during the summer months, and a stacked field of home-grown talent is dominating the lineup too. This weekend's event will feature six local surfers, including Coco Nogales, Oscar Moncada, Jose Ramirez, Rogericin Ramirez, Jimel Corzo and Angelo Lozano. Each is a proven performer who knows the wave intimately. 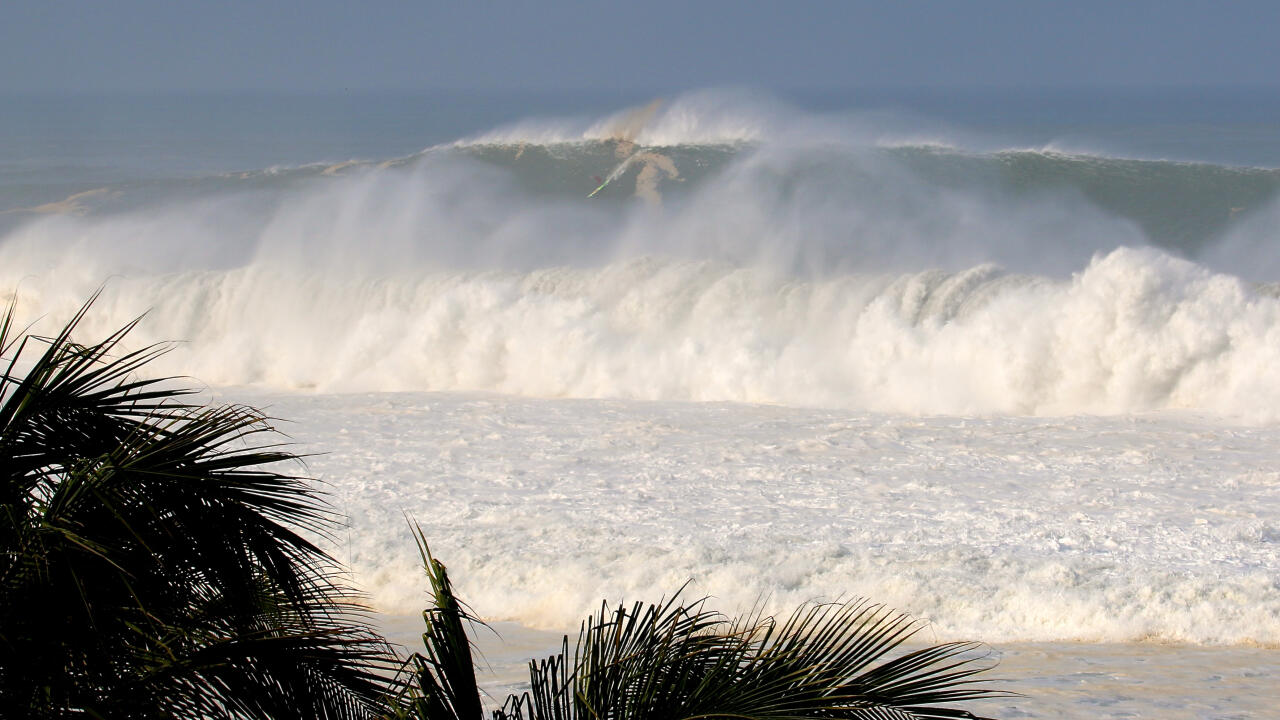 The morning show broadcast is set to go live 7:30 a.m. local time, and the broadcast team will be catching up with Big Wave Tour commissioner Peter Mel to see what the day has in store. Watch it all here.

An unforgiving beach break that is not for the faint-of-heart.

All the incredible moments from the final day of competition at the Big Wave Tour event in Mexico.

The South African surged ahead of the pack Saturday to take a huge win in Mexico.