2016 has been an incredible year of transformation at the elite tour level. Whether it's Matt Wilkinson's surprise rise, rookies and replacements shaking things up or legends retiring, there's no escaping the sense that this is a season of change.

The same thing is happening on the Qualifying Series, where movers and shakers are often buried in the fine print of result pages. But with the halfway mark upon us now is the time to reveal some of the fresh faces making an impact in 2016. Here's your quick glance at some new power brokers. Leo Fioravanti - WSL / Kelly Cestari seizing on opportunities that come with it, like replacing injured CT surfers on the big stage. He earned a 5th place at Margaret River because, "I have nothing to lose," he said. The powerful natural-footer, who has demonstrated he can compete in any type of conditions, has peaked at all the right moments. He's ripped his way to runner-up finishes at QS6000 events in Australia and Japan, and just had a strong Quarterfinal finish at the QS10,000 Ballito Pro. Australian Ethan Ewing has been on an absolute tear in 2016. - WSL / Poullenot/Aquashot

2.) Ethan Ewing - This 17-year-old Australian has been absolutely dominating back home, winning four of the Junior Tour stops as well as the QS1000 Burleigh Pro 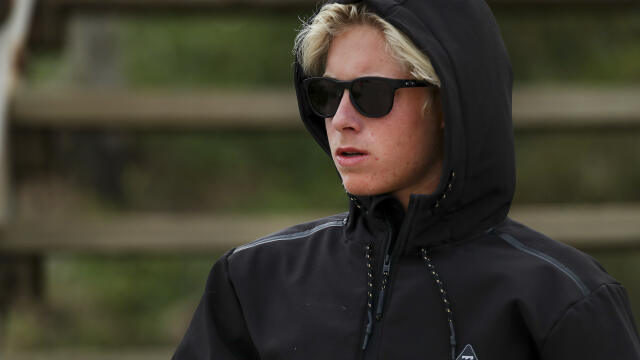 earlier this year. The tow-headed Queenslander from North Stradbroke island sites Andy Irons and Mick Fanning as his two favorite surfers. But older peers like Jack Freestone are in turn raving about Ewing's surfing, which Freestone describes as a mix of every great Aussie from the last 15 years. Ewing is enjoying a meteoric rise, climbing to No. 6 on the QS after strong finishes in Japan and making the Quarterfinals in Ballito. So you'd best get familiar with this kid. 3.) Beyrick De Vries - South Africans have had a tough time emerging from their country's fragile economy in recent years. And those who do still have to deal the issue of escaping Jordy Smith's shadow. Beyrick De Vries is overcoming the odds, and looking to deepen South Africa's bench on the big stage. After winning the QS1000 Vans Surf Pro in May he backed it up with a 5th at the Ballito Pro, where he defeated Smith in front of a hometown crowd and jumped 98 spots up the QS ladder to No. 12. Without a major sponsor, he's getting by on winnings for now, which keeps him hungry and dangerous as he heads to California for the US Open. Tahiti's Mihimana Braye has been making steady progress under the radar. - WSL / Poullenot/Aquashot

4.) Mihimana Braye - The 20-year-old Tahitian has climbed quietly out of the QS depths this year, leaping more than 100 spots up the ladder to No. 28 at the halfway mark. He's got work to do, but he's demonstrated the surfing, the style, and the attitude to make big things happen. He got his 2016 campaign started with a runner-up finish at the QS1500 SEAT Pro in Israel and a 5th at the Australian Open, proving he can compete in the little stuff. As for real waves, well, let's just say he has no problem in hollow tubes. Keep him on your radar. 5.) Cooper Chapman - Yes, this is borderline cheating, because Cooper isn't exactly a new face to seasoned QS competitors. After all, he finished 23rd on the QS in 2015, but did it so quietly that the world barely noticed. Those days are gone. Chapman is on a tear, and as a proud member of Narrabeen's new breed, the counsel of legends is always available. Earlier this year he nabbed a pair of 3rd-place finishes at QS1000 events at home, and backed them up with a 5th in the Australian Open and a 9th at Ballito. Chapman has climbed to No. 9 on the QS, and is looking comfortable up there.