Current world No. 1 Courtney Conlogue has won so many contests that her mom has a room just for the trophies. But now there's something decidedly edgier to add: Photos from ESPN's annual Body Issue, which hit US newsstands July 8. (Yes, mom is proud.) 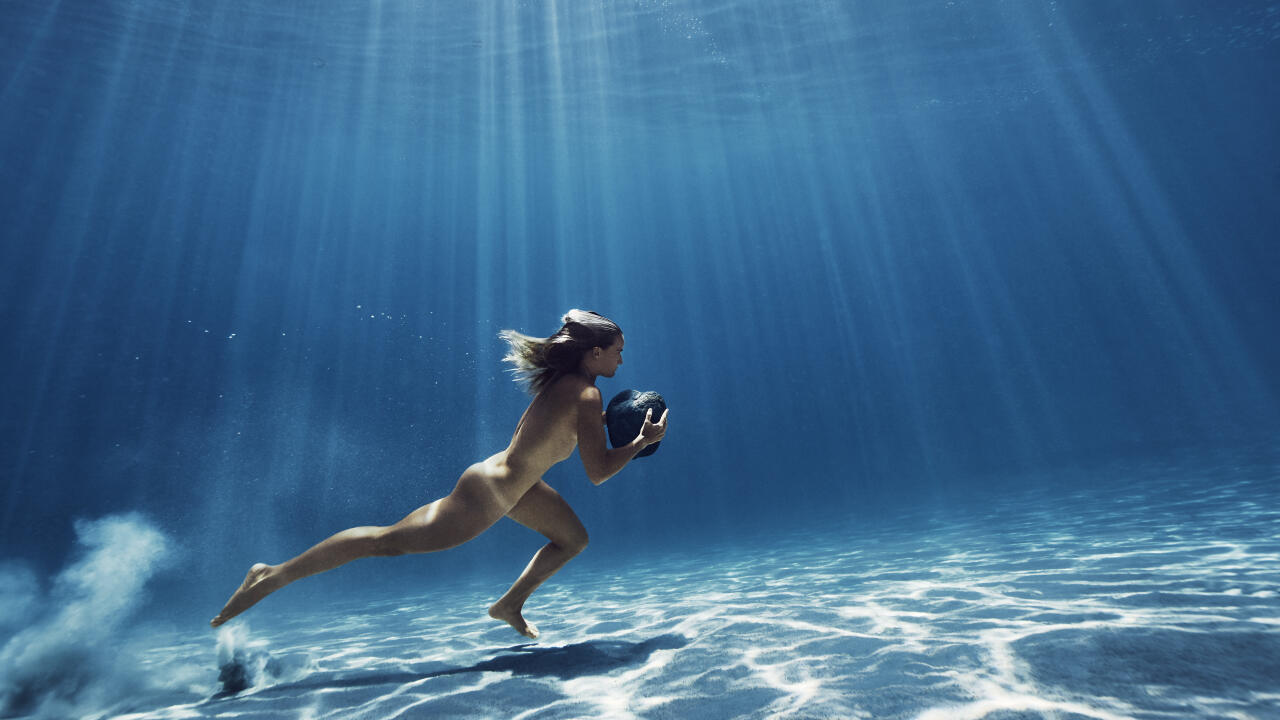 Courtney on getting the shot: Once you dive 30 feet and run uphill with the rock as many times as I did, you start getting those contractions in your diaphragm. So I took myself to another place with visualization. - WSL / Steven Lippman for ESPN the Magazine Body Issue

With Courtney's inclusion in the issue, which features athletes from multiple disciplines artfully posed in the buff, she joins fellow pros Kelly Slater, Stephanie Gilmore and Coco Ho, who have all graced the pages of ESPN the Magazine in their respective birthday suits. Conlogue, however, had a specific vision of how she wanted to be portrayed.

Her ask? Tahiti or bust (no pun intended). "The photos tell a story about me and about surfing, and I wanted the composition to show that," she said. After having her pictures taken in paradise, Conlogue shared what it was like to strip down and paddle out...with 20 guys in the water.

WSL: What was that vision that you wanted to achieve?
CC: I've always been a strong athlete. And people often talk about my regimen, my training, and everything I do to be the athlete I am in surfing. Some of the things I'm always trying to display in my surfing are strength, power and beauty. For the shoot, I wanted each photo to portray one of the elements. Obviously, the surf shot was a crucial one. My favorite spot to be is the barrel, and it was one of the most insane, exhilarating, wild experiences. There were a lot of first-time things on the trip. First, surfing naked, let alone in broad daylight. But the things that you'll do to capture a shot when you believe that it will really tell a story.

Some of the things I'm always trying to display in my surfing are strength, power and beauty. I wanted each photo to portray that.

WSL: What was the biggest challenge for you on the trip for the shoot?
CC: In order to capture the image I wanted - the barrel - it happened that Tahiti gave us rain and storms, so we had to go off-site and couldn't close the area down [to keep it private for the shoot]. So I had to strip down to my natural wetsuit with, oh, probably 15 or 20 guys out there in the lineup. It was wild. I never thought I could do something like that. The crew asked me, "Are you OK with this?"

I said, "No, but I really want this shot." I also trusted Raimana, who was able to set up a good team for me when I was at this island. 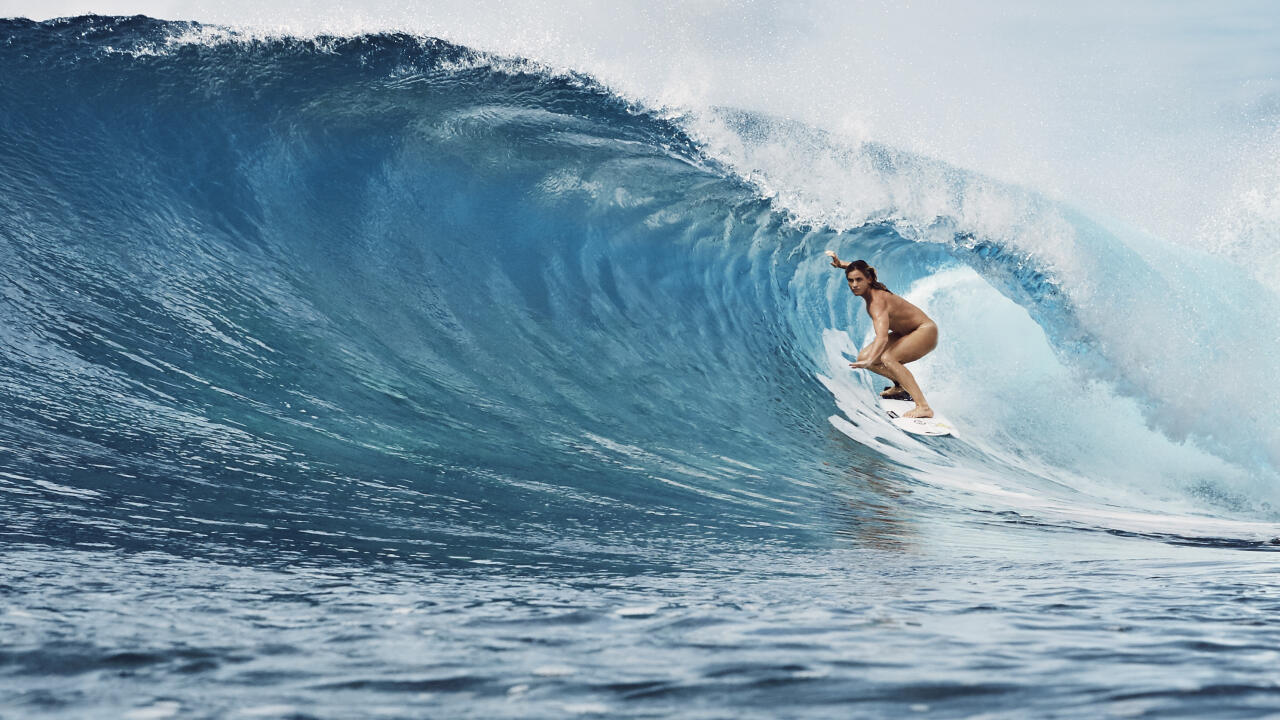 The shot of shots. - WSL / Steven Lippman for ESPN the Magazine Body Issue

With all that, it was over razor-sharp reef in a one-foot of water over the reef. So if I fell surfing natural, obviously my whole body would've been scraped up. But I got home unscathed, and had quite a bit of incentive to not fall! It really showed me what I was capable of, and deal with things I didn't plan for. But we had two hours to do it, and I accomplished everything I wanted. I learned a lot.

WSL: What were the reactions of the people around you - either on the crew or in the water - during that shoot?
CC: I think everyone was shocked when I took off my clothes. I caught one wave to get used to it, because that was the nerve-racking part. As I paddled back out, pretty much every guy smiled and said, "that was amazing."

I practiced the barrel position in the mirror, because I knew I would only get two or three opportunities. I had to block my ta-tas. And one of my favorite shots I couldn't show, because I got excited and opened up.

There were so many variables -- trying to get a shot of me in the barrel, with no one else in the shot. Not flashing, keeping my arms in a certain position. I practiced that position in the mirror to block everything, because I knew I would only get two or three opportunities. I had to block my boobs, my ta-tas -- whatever you want to call ‘em -- but I had to block them. And one of my favorite shots I couldn't show, because I got excited and opened up. There was actually a funny photo of me in a barrel with five other people around me -- a boogie-boarder, a guy behind me, someone above me. It's like World Surf LOLs, except it's real.

WSL: Do you feel any differently about your body or yourself after doing this?
CC: It made me more confident, I'll tell you that. But the biggest thing was realizing how much I was able to do as a person, and how much I'm able to overcome with all the pressures. I'm fortunate I was able to capture everything I wanted to, and came home very happy.