Back in the early the 2000's, Western Australia's Jake Paterson dominated Jeffreys Bay like few others ever have. He won back-to-back titles there in 2000 and 2001, and reached the semifinals in 2003. 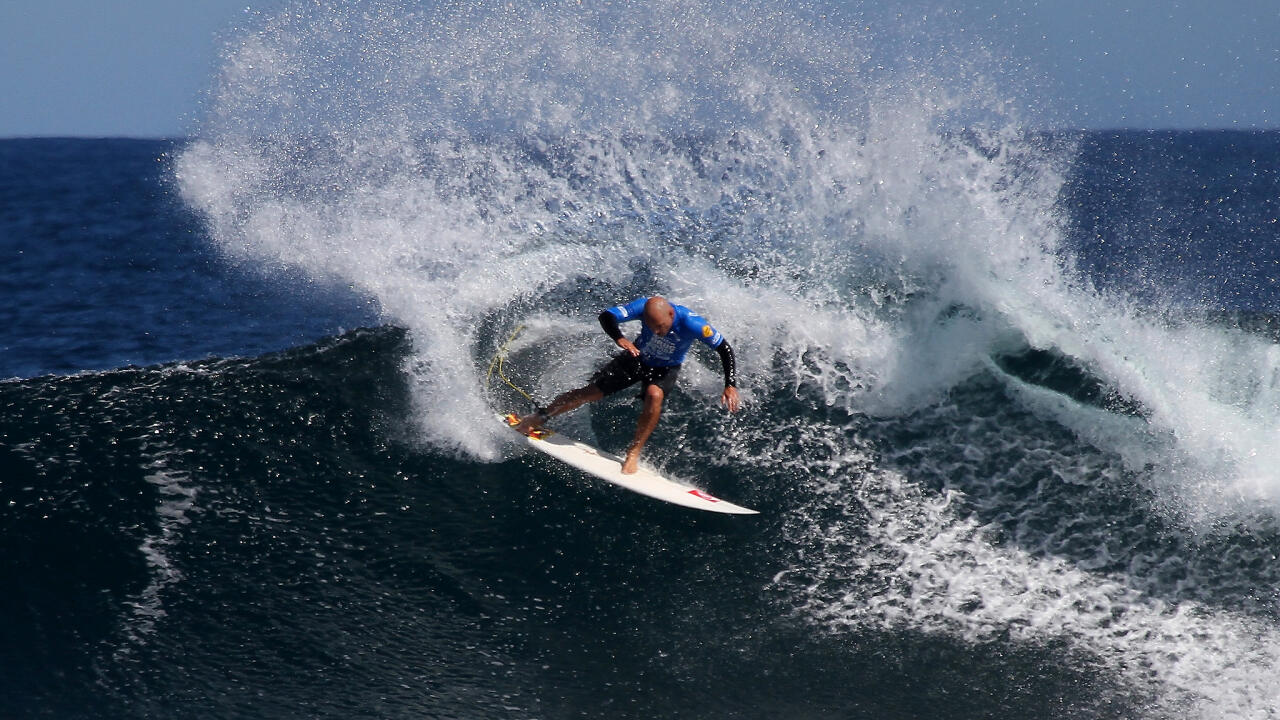 While his career highlights came at J-Bay, Paterson is a proud West Australian, which is why competing at Margaret River was always a blast. Jake, Circa, 2011. - WSL / Steve Robertson

Paterson, who took out the 1998 Pipeline Masters too, was no stranger to high-pressure events during his career. He's now coaching the next crop of champions, raising a family, and still fired up about all things pro surfing. We caught up with ‘The Snake' while he was in QS10,000 Ballito Pro to get his insights on the upcoming event at J-Bay, his favorite battlefield.

So no J-Bay for you this year? We figured after your success there, you would've bought land overlooking the point and always kept a personal eye on things?
Ha yeah, maybe I should have, but I'm too much of a tight ass. I really wish I did, it's such an amazing place.

Quarterfinal Preview
20:29
The WSL desk team makes their predictions on the upcoming Quarterfinal matches at the J-Bay Open.

How many trips have you made over the years?
Must have been there 12 times. I love the place. The feeling when you're in the lineup in a heat and the waves are pumping and you know the next bomb is yours, is an amazing special feeling.

How do you pick the right wave at J-Bay?
The swell normally comes from a long way away, so there are long lines. You want the wave with a nice taper and the right amount of wall. Too much wall and the wave will run too fast. Too little wall and you will end up doing cutbacks. Something in between is the key to a perfect wave at J-bay.

Crunch Time
2:09
J-Bay was much more playful on Day 4, but the title situation got much more serious.

Would you ride quads or thrusters there now?
Back in the day it was only thrusters, but yeah, quads mean you could ride a shorter board but draw the same lines as a longer board. I would love to see how a quad would work out there.

Top 5 Scores of J-Bay Open
8:33
The WSL desk crew takes us through the best scoring rides of the J-Bay Open so far.

In your opinion who has the advantage: goofy or natural footers?
Natural. Only because the tubes can get a little pinchy at times, and you can see sections coming way easier. Perfect J-Bay, it doesn't really matter, though.

What comes to mind about competing at J-Bay?
Chess.

Why were you so successful?
Just not making mistakes. Most of the time you never got a second chance if you fell. Back then it was best three waves in a heat too, so even more so. Fitness always played a big part. It's a long wave and a long paddle. In 2000, on the final day I had five heats! I was always super fit and it paid to be. Riding the wrong board cost me a few heats over the years though.

GoPro Breakdown
1:06
Paddle out with Kai Otton as he warms up at Jeffreys Bay.

Best memories?
Winning for sure, and the parties at Cheron's house after! That event, for me, had so much feeling. Cheron treated all the competitors like her own kids. It was really special.

Which surfers, local or traveling pros, did you pull inspiration from?
Kelly was King. Taylor (Knox) was also amazing. Sean Holmes was incredible how relaxed and easy he made it look to surf the wave.

Hardest competitors you did battle with?
Parko! The year he won as a wildcard (1999), we were in the quarterfinal together and spent half the heat way up the point because we didn't want to give up the inside position. Also Munga (Michael Barry) and I had a crazy battle the year he won as well (1998).

Kerrazy at J-Bay
2:38
The Aussie pulls off a rare maneuver in Round Two at J-Bay.

Why did J-Bay suit you so well?
I got to ride a step-up board most of the time, and that suits my surfing. You don't get to do too many aerials at J-Bay, so that also helped, haha! Open-face slices on a bigger board was right down my alley.

What kind of boards worked?
Little bit longer, and always a pintail. You have a heap of speed out there, so I loved the extra hold a bigger board gave you. I also won on a channel bottom in 2000.

Supers Slater
1:30
The 11-time World Champion stayed on the accelerator in Round Four to earn himself a pair of 9-point rides.

After an amazing career, you transitioned into coaching. Who are some guys you've worked with?
I'm working with Leo (QS ratings leader Leonado Fioravanti), Ramzi (current No. 10 Ramzi Boukhiam), Marc Lacomare and Zeke (Ezekiel Lau) at the moment, at all major QS events this year. I have worked with Kanoa Igarashi, as well as Julian (Wilson), too. I also work with a young guy from WA, Kael Walsh, who I think is going to be really good.

How is it watching their heats?
It's like surfing the heat. It hurts to lose and the wins are exhilarating! It's super rewarding if your horse wins because of your gameplan. It's why I love coaching.

Explain some other techniques?
Secret. Sorry.

Who do you expect to be in the final rounds this year?
Kelly, if he rides something longer then a 5'9" and not an epoxy. Mick, Julian, Wilko, Parko, Jordy, Filipe, Gabe and Connor Coffin.

Gems, Jewels, and Jeffreys Bay
1:16
A look as some of the panoramic scenes at Jeffreys Bay always remind us why we keep coming back. (Music: "Here In July" by Al Bairre).

Why do the top guys usually do so well at J-Bay?
It's a blank canvas and the top guys are just better painters. They can mix their colors really well, and 80 percent safe surfing normally gets the job done there.

Are you glued to all the event webcasts?
Yep. It's in my blood.

What else is going on with you?
I have a Quiksilver surf shop in Dunsborough. Live in WA, and coach full time. Still have a pad in Bali, but rent that out. Family is growing up. Max is 18, Lucca 14, Avalon 6, and I have been married to my amazing wife Aeron for 20 years.