The waves at El Gringo never disappoint. Unlike most stops on the WSL Qualifying Series, rather than having to wait for solid swell, the waves in Arica have had a reputation for occasionally being too gnarly for competition. On Monday morning, a solid South/Southeastern swell in the 6-8 foot range (2-2.5 meters) was on hand for the start of the QS 1500 Maui and Sons Arica Pro Tour in Chile. After initially putting the contest on hold in the morning, conditions improved and provided heaving barrels going left and right. But after only two heats in Round 1, a strong onshore wind swept in and left conditions too risky for the athletes. Lucas Silveira (BRA) and Joao Chianca (BRA) earned the day's only victories, while Francisco Usuna (ARG) and Sebastian Correa (PER) advanced in 2nd place in their respective heats. All four surfers moved on to Round 2 and will face the seeded surfers at the 3rd stop of the 2016 World Surf League Qualifying Series held in South America.

"The onshore wind here at El Gringo makes conditions too risky at an already dangerous wave. They start closing out and begin to put our athletes into harm's way instead of showcasing their technical abilities," stated Roberto Perdigão, the Tour Manager for the WSL South America. "The surfers are putting their lives out on the line, so we made the decision to call off competition until tomorrow and wait for conditions to improve. The forecast shows an incoming swell that will bring even larger waves throughout the week. The swell should reach its peak on Wednesday, but we'll have plenty in store for tomorrow for completion of Round 1," declared Perdigão.

A total of 43 surfers from seven different countries are in Chile for the 7th edition of the Maui and Sons Arica Pro Tour at El Gringo. The winner of the event will take home U$ 10,000 in prize money, 1,500 WSL Qualifying Series ranking points and an additional 1,000 points valid towards the WSL South America ranking. Leandro Usuna (ARG) currently leads the race for the continental title and is followed closely behind by Flavio Nakagima (BRA). Amongst the athletes competing at the QS 1500 status event, the 16 highest seeded surfers on the QS ranking will only hit the water in Round 2. The remaining 27 surfers were divided into eight heats in Round 1. Lucas Silveira (BRA) who is the current WSL Pro Junior World Champion was victorious in Heat 1 of Round 1 after earning an 8.00 on a heavy left-hand barrel.

"It took a while to get things started today, but I'm glad I got that first wave which turned out to be an 8-point ride," Silveira said. "It was a nice barrel, but after that I wasn't able to come out of any others. But I'm happy that I made it through to the next round. We heard that tomorrow is going to be even bigger." Despite being only twenty years old, Silveira is an experienced surfer, especially when the waves are overhead.

"I just wanted to pick the right waves out there. I didn't want to risk going on something too big and break my leash or board, or even myself (laughs)," continued Silveira. "Initially I was looking to go right, but then that big left came in and that changed my entire strategy. It's important to position yourself well out here, try to find the ones that will open up and be confident when you do decide to go."

The only other surfer to win a heat on Monday was 16-year old Joao Chianca (BRA). Most youngsters (and adults) can get rattled when having to compete in hefty conditions over a rocky and urchin-riddled reef-break. Chianca overcame his initial nervousness and advanced in 1st place with an 8.27 total alongside Sebastian Correa (PER) in second. Eliminated in Heat 2 was the big wave charger Gabriel Villaran (PER), who won the first edition of the Maui and Sons Arica Pro in 2009. 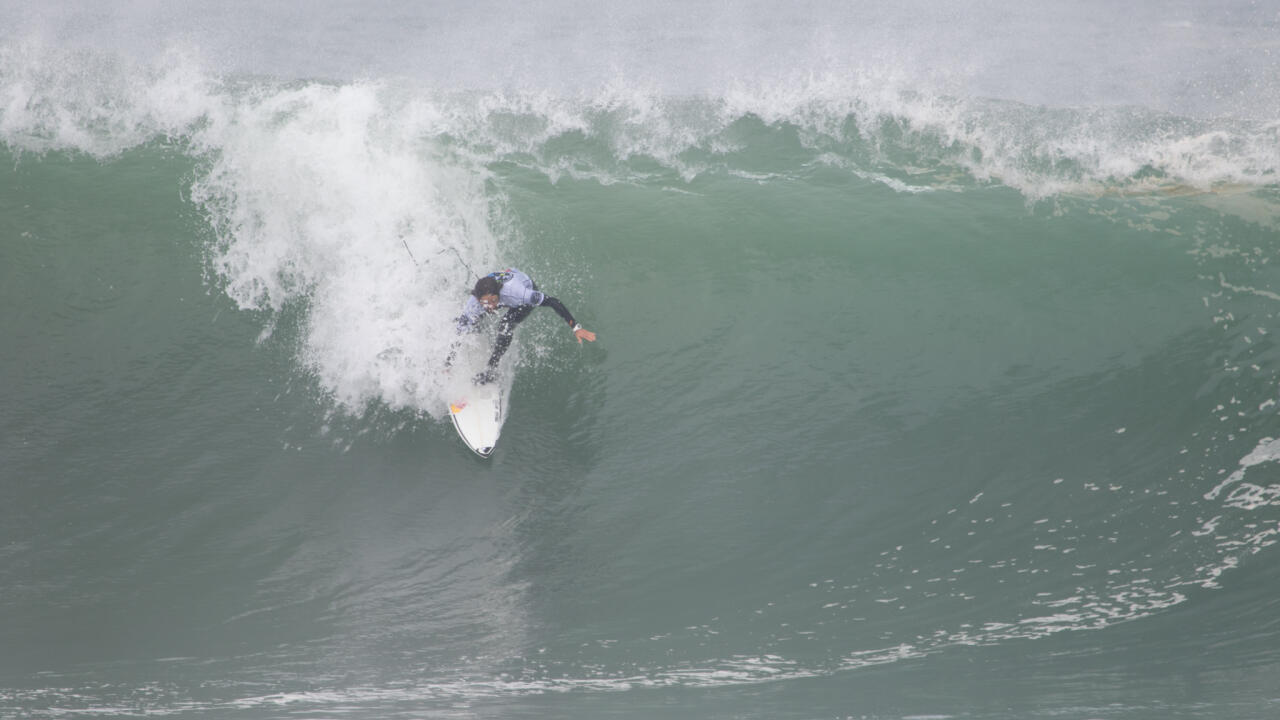 "The conditions are a bit difficult out there. I was a little nervous with the size of the waves, but everything worked out and I was able to win that heat," said Chianca. "Now that I've gotten that first heat out of the way, I'll be ready for the next round. I was just looking for the waves that were opening up and would get me through to the next heat. I'd like to thank my Dad and my family for support me, because without them, none of this would be possible."

A call is set for 7:30 am (local time) on Tuesday for continuation of the WSL QS 1500 Maui and Sons Arica Pro Tour. Heat 3 will see Nate Dorman (USA) face up against Jean Pierre Quiroz (PER), Cristiano Bins (BRA) and Christopher Herold (CHL). Watch all the action LIVE: www.worldsurfleague.com